Notes from Richard Gibbons: The Great Egret is a tall wading bird that occurs worldwide in temperate and tropical habitats, and is found in wetlands throughout the United States. Great Egrets are found in Texas year-round.

Great Egrets are white, with long, yellow bills and long, black legs. In breeding plumage, they have delicate feathers, known as aigrettes, on their backs, which they use in their courtship display, and a bright green patch around their eyes. There are no plumage differences between males and females. In flight, Great Egrets tuck their long necks in and hold their legs extended past their tail.

Great Egrets were nearly hunted to extinction in the United States in the late 1800s, when their aigrettes were widely sought for ladies’ hats. It was not uncommon for rookeries with hundreds of birds to be targeted by hunters and destroyed within days. The rapid decline in Great Egrets, and many other North American bird species, due to demand for their feathers sparked conservation movements across the country which put an end to their hunting and allowed the Great Egret to make a successful comeback. Just last week, there were almost 1,000 Great Egrets, many of them nesting, at the rookery in our Smith Oaks Sanctuary in High Island! Why not head down and get a look at those stunning feathers in all their glory!

Profile by Ryan McGinty: The Great Egret is a tall white bird with long black legs, a long S-shaped neck, and a sharp yellow bill. Its diet consists of fish and other aquatic animals that it hunts by wading in shallow water waiting to ambush its unsuspecting prey. Once its target is within range, the Great Egret uses its long dagger-like bill to stab its prey. It can be found both in freshwater and saltwater, and nests in large groups of birds called rookeries.

While breeding, these birds grow long white plumes on their back to attract mates. They also perform courtship displays, which can involve stretching their neck, ducking their head, preening their wings, or even shaking twigs within their bill. In the late 19th century, most Great Egrets were killed off due to the high demand for their plumes. This crisis eventually led to the formation of the National Audubon Society and the outlaw of market hunting.

Great Egrets can be seen displaying now (Spring 2022) at the Rookery in Smith Oaks Bird Sanctuary in High Island, Texas. Visitors can enjoy great views of the spectacle from the new Kathrine G. McGovern Canopy Walkway. 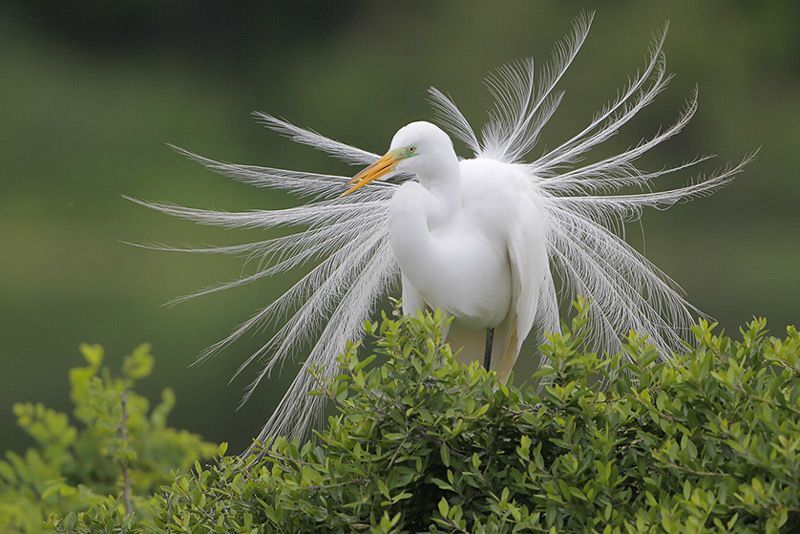 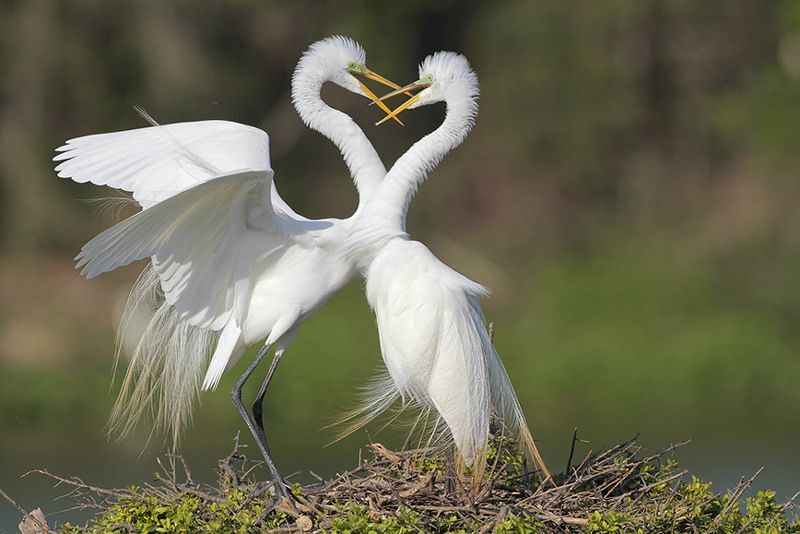 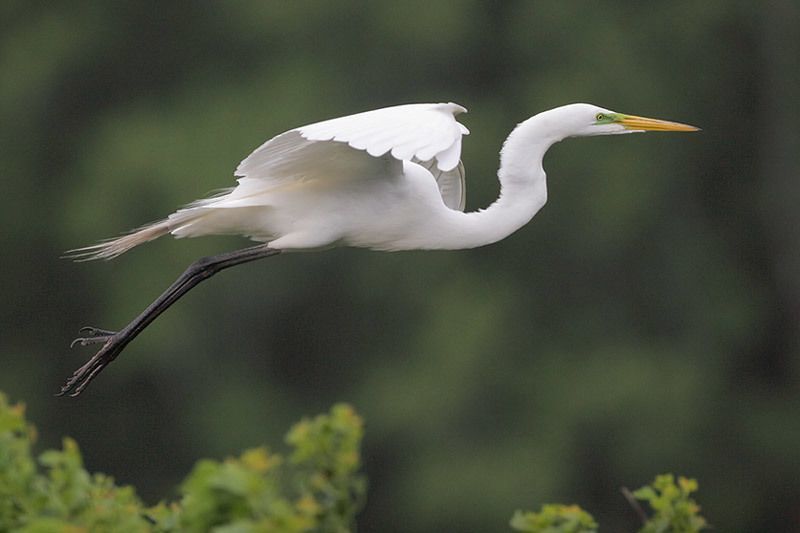