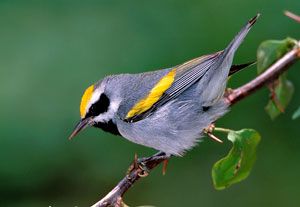 Notes by Susan Billetdeaux: The Golden-winged Warbler is most likely to be found in our area in April. It is always scarce in comparison with its more common close relative, the Blue-winged Warbler. These two warblers often hybridize, producing different color variations. They make an interesting case study. Golden-winged Warblers prefer farmlands and benefited from the cutting of forests in the nineteenth century. Now in the northeast where reforestation programs are taking place, it is declining in numbers. However, it appears to be expanding its range in the northwest where it can find more suitable habitat. Female Golden-winged Warblers have gray face masks rather than the male's black. Their crown is a much more muted yellow.

Profile by Aidan Healey: The Golden-winged Warbler is sure to be an exciting flash of gold in the trees during migration season. Of the warblers that frequently visit or breed in the United States, the Golden-winged Warbler is the only species with the unique combination of bright golden-yellow wing bars and a dark face pattern. It also has a golden patch on its crown and a grayish-silver wash to its wings and back, and it is slightly smaller than many other warbler species.

Although they are not as abundant as other wood-warblers, such as the closely-related Blue-winged Warbler, the Golden-winged Warbler can be seen traversing much of the eastern United States during the spring migration season. They can be found in a wide range of woodland and brushy habitats during migration, but they favor shrubby areas near or adjacent to forest cover for the breeding season. Because of this specific breeding habitat preference, the Golden-winged Warbler population is generally considered to be declining across its breeding range. 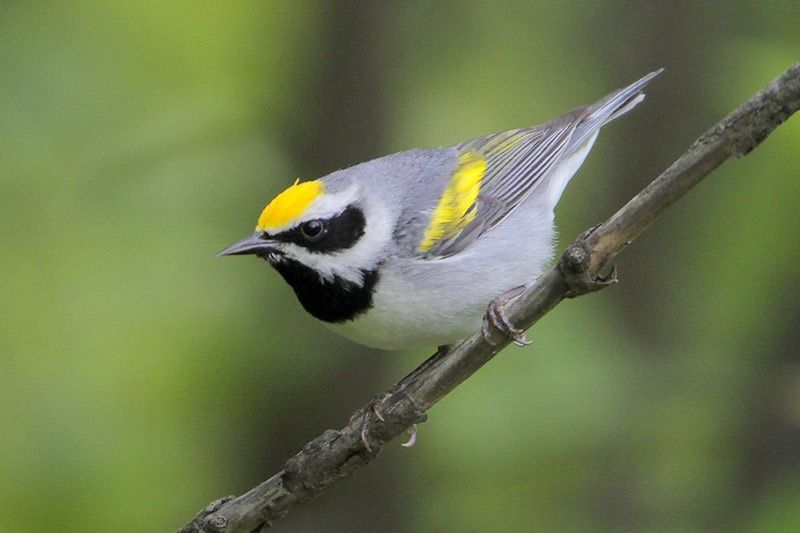 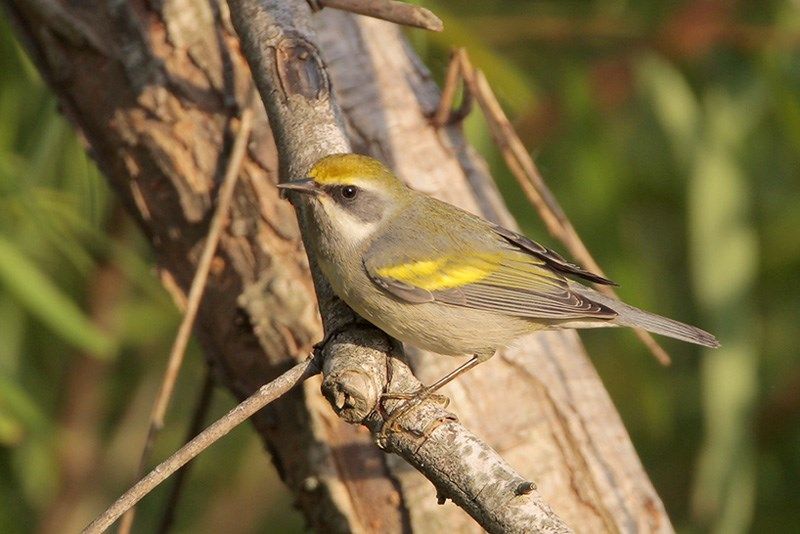 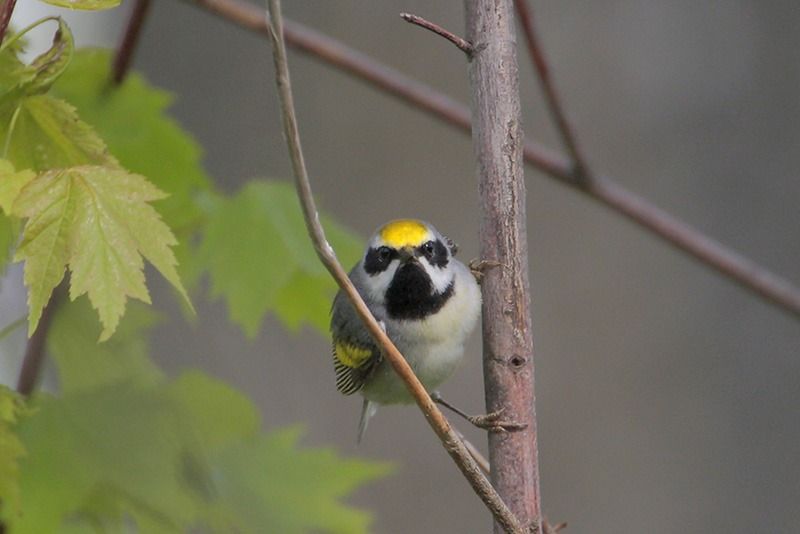