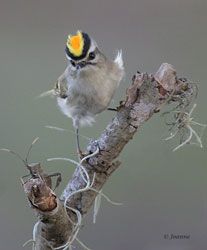 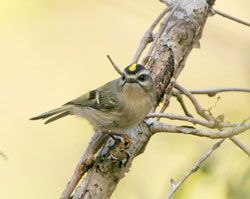 Profile by Will McDaniel: The Golden-crowned Kinglet is a very small songbird endemic to North America. At 3 to 4 inches in length, it is arguably the shortest songbird on the continent. Its rounded body is olive-colored above and pale below, with white wing bars and white eye rings. Adult males have black facial markings and a black cap with a titular yellow and orange crown, which they flare dramatically when confronting rivals or defending their territory. Their call is a high-pitched note repeated several times.

After breeding in the conifer forests of Canada, Golden-crowned Kinglets winter throughout the Continental United States from Mexico to the Great Lakes, though year round populations are present in New England and the Rocky Mountains. They are attracted to conifers, but will also forage in deciduous woodlands throughout its wintering habitat. These birds are active foragers, hopping between tree trunks and hanging upside down from branches in their search for insects and spiders. They avoid open spaces and tend to remain close to cover, sometimes making them difficult to observe. Birders hoping to sight this bird should search in the vicinity of singular or small copses of pines, cedars, cypresses, or other conifers, whether native or exotic. 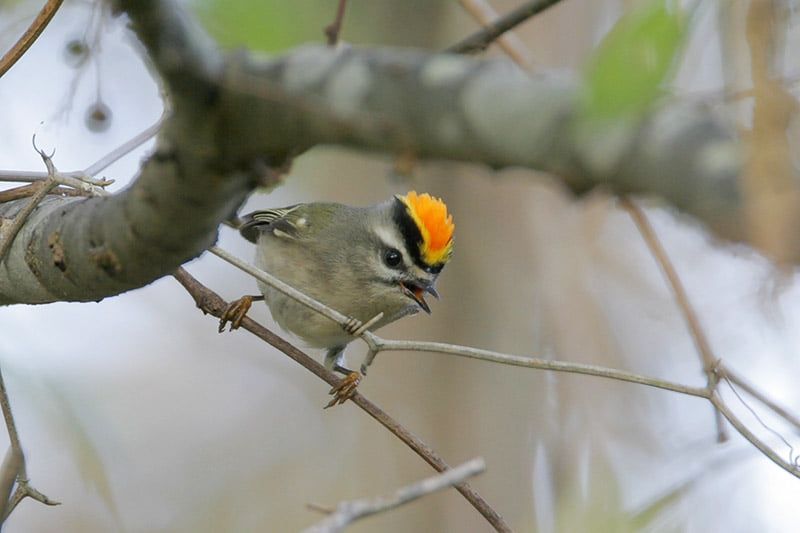 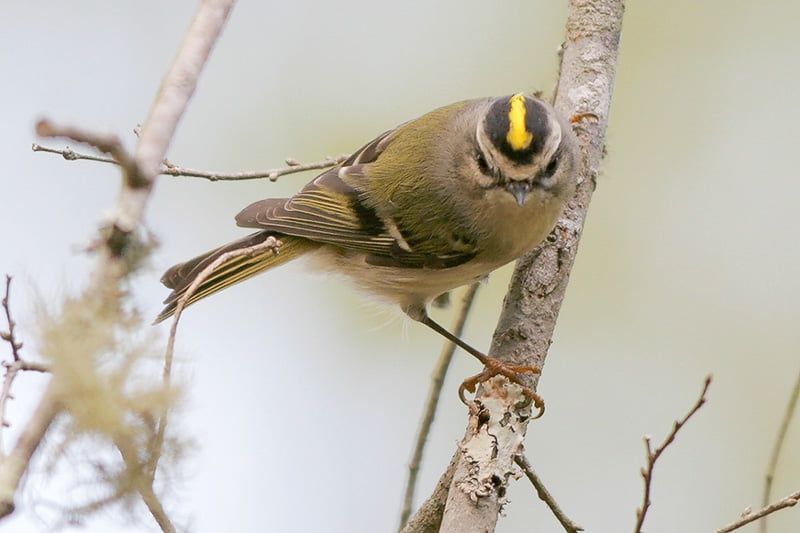 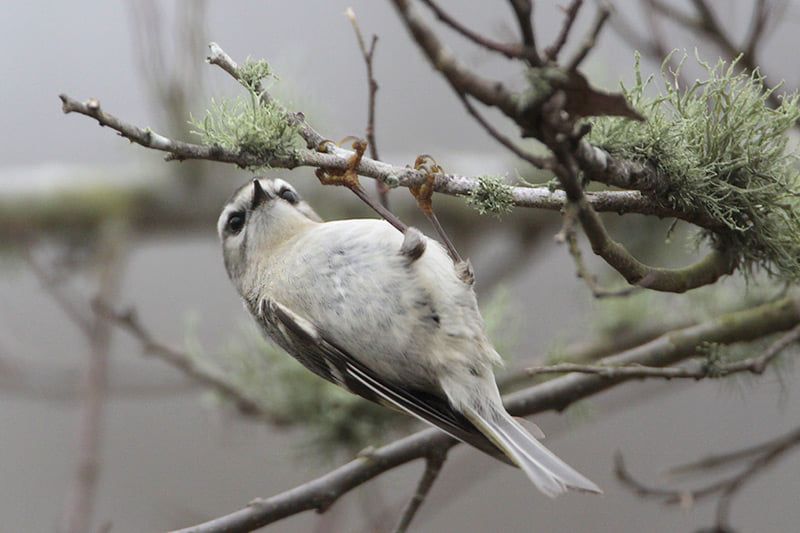