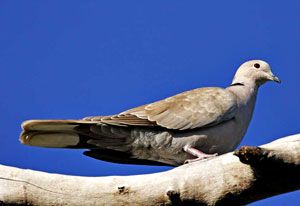 Profile by Phoebe Honscheid: Next time you go out on a walk around your neighborhood and pass a Eurasian Collared-Dove perched on a powerline, you might want to hold on to your wallet. We see these pale, chunky birds in the U.S. partly because of a 1970s pet store burglary in the Bahamas. And although they may look shifty, this robbery was the doing of humans, not doves. After escaping from the pet store, they made it to Florida by the early 1980s. From there, Eurasian Collared-Doves were free to spread across North America, and spread they did. These birds are now found up to Southern Canada, down into Mexico, across the Caribbean, northern South America, Europe, North Africa, the Middle East, Japan, and Asia. Granted, these invasions are not all due to burglarized pet stores. That’s quite a journey from their native lands in Europe and Asia.

Even though this is an introduced species, so far there are no proven negative effects on related native birds like the Mourning Dove. Eurasian Collared-Doves are much larger and paler than Mourning Doves and have a broad tail rather than a tapered, diamond tail. They are most easily identified by their partial black neck ring, or “collar.” Eurasian Collared-Doves also lack the white wing bands and neat white tail rim of the White-winged Dove.

These birds live in the Houston area year-round, so we get to see (and hear) them every day. They are usually perched on posts and powerlines like other doves where they sing their three-part coo-COO-coo. They are commonly seen in urban and suburban areas but will also hang around grain farms and silos. While they may be very common and non-native, Eurasian Collared-Doves have an interesting and surprisingly recent history of invasion. 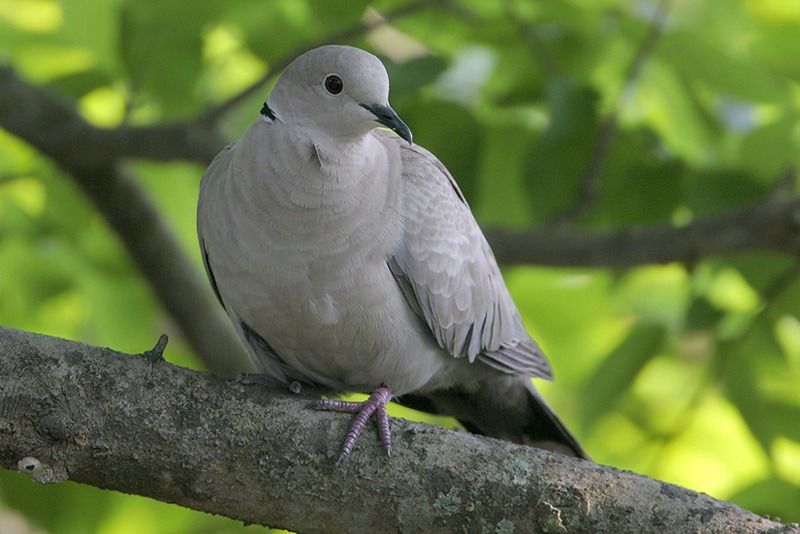 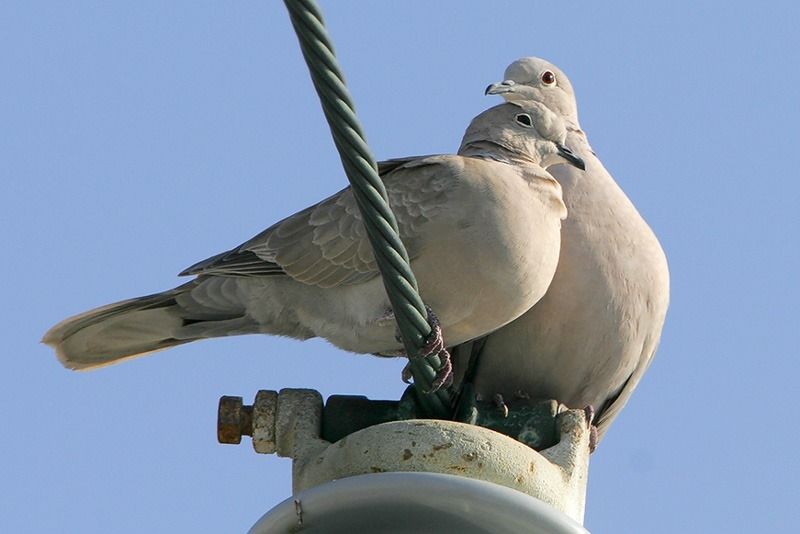 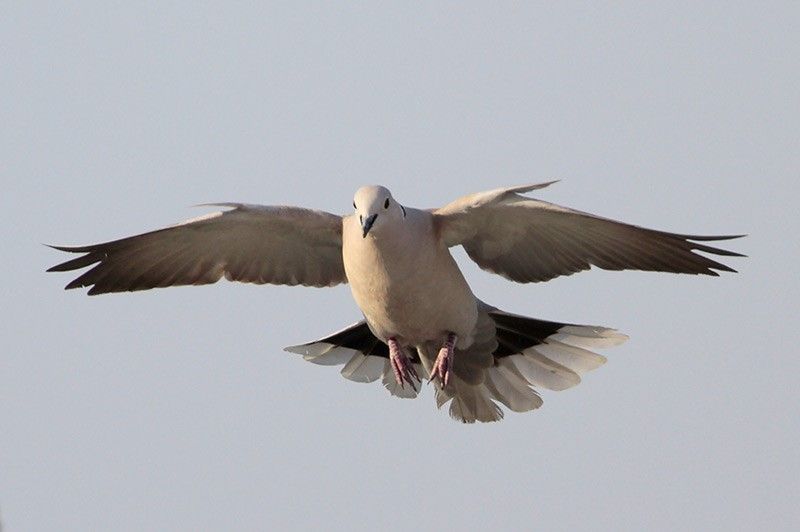