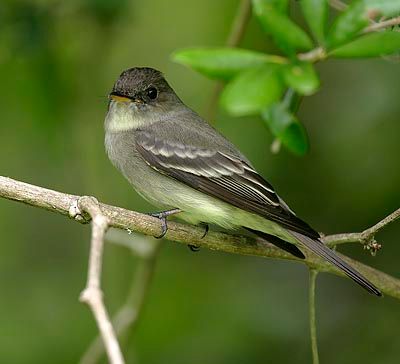 Seasonal Occurrence: Greatest numbers in the spring and fall. Also common in summer. Breeds in our area.

Profile by Bryce Loschen: Eastern Wood-Pewees are a medium-sized grayish flycatcher with long wings and tail, short legs, two wing bars, and a peaked crown giving the head a triangular shape. From the front, you can see the sides of the breast are dusky gray with a lighter throat and belly, making it look as though they are wearing a vest. Eastern Wood-Pewees are known for their distinctive pee-a-wee call which is a common summer sound for much of the Eastern US. Compared to flycatchers from the Empidonax genus, Eastern Wood-Pewees have longer wings, much duller eyerings, and have the characteristic grayish “vest.” Eastern Phoebes are also similar, but are a darker brownish color, have weak wing bars, and no vest. Western Wood-Pewees look almost identical to their eastern cousins, and are best distinguished by range and voice.

Eastern Wood-Pewees are woodland birds. They are often found near forest edges and clearings, such as around meadows, roadsides, ponds, or small openings in the forest. Pewees will sit on an exposed branch part way up the canopy then sally out to catch an insect in the air. One study found that parents will make an average of 68 sallies per hour during the breeding season when feeding young. Their diet is mostly insects including flies, butterflies, moths, bees, wasps, beetles, grasshoppers, crickets, stoneflies, and mayflies. On occasion they will also consume berries. During breeding Eastern Wood-Pewees make nests on tree branches which are a compact open cup of grass, plant fibers, and spiderwebs, covered with lichens. The nests are small and well camouflaged and may look like a bump or knot on the branch from the side or below.

Eastern Wood-Pewees breed throughout the eastern US and southern Canada and winter in northern South America. Many pass through Texas during spring and fall migrations and some breed in the woodlands in the eastern half of the state. They are widespread and fairly common, but surveys show a slight decline in recent decades. Reasons for decline are not well known. If you want to see one for yourself, come down to Houston Audubon's High Island Sanctuaries to catch them on their way back south for the winter!

Comments by Don Verser: Eastern Wood-Pewees might be confused with Olive-sided or Willow Flycatchers. Pewees are usually vocal and frequently give a characteristic call note. 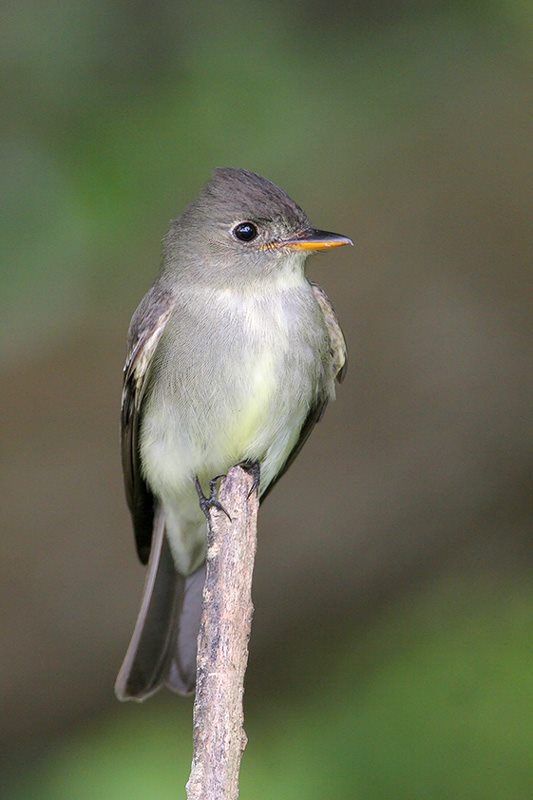 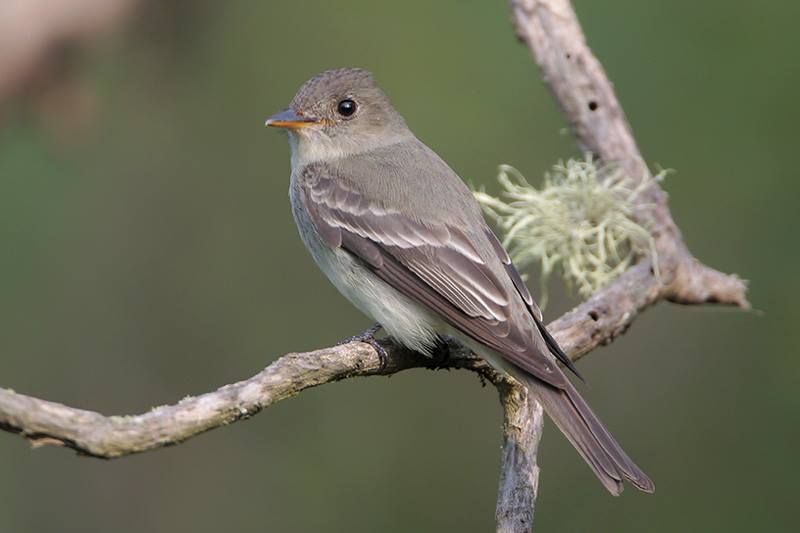 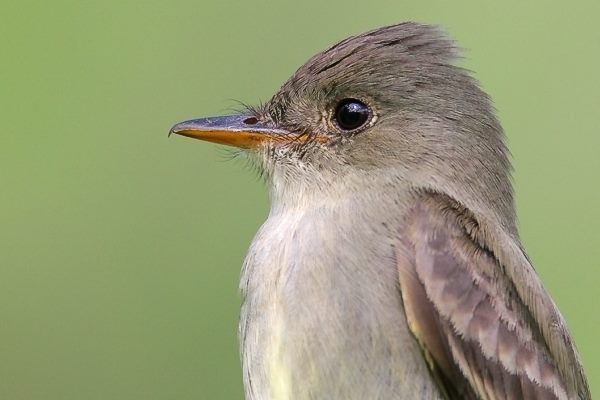