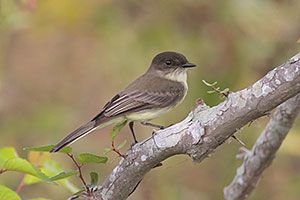 Preferred Habitat: Woodlands, often near water. May be found in urban areas.

Profile by Glenn Olsen: We have fourteen species of flycatchers that one can reasonably expect to see at some time during the year within the six counties of the Upper Texas Coast. With a little extra searching one can usually find two other species for a total of sixteen possible during the year. The Eastern Phoebe is our most commonly occurring flycatcher during the winter months. Early arrivals may show up in late September to early October.

The principal breeding range is from Canada south into the eastern and central half of the United States including north central Texas but excluding the southeastern states. The Eastern Phoebe builds a nest of mud, green moss, and fine grass. The nest is shaped much like your half cupped hand and one edge of the nest is attached to a rock or cliff beneath an overhang in a natural setting. The nest may also be attached to manmade structures such as a bridge, culvert, or ledge of a building.

The Eastern Phoebe is a plain but attractive bird roughly the size of a Purple Martin. Adult birds have dusky gray or grayish-brown upper parts with the crown, face, and tail contrastingly darker, sometimes appearing almost black. The under parts are off-white with pale dusky gray markings on the sides of the breast. Some wintering birds show a faint yellow to yellow-green wash on the belly and vent. Various sources describe these birds as juvenile, immature, fresh fall birds, or simply winter plumage (basic) adults.

The habitat in which you will find Eastern Phoebe is deciduous or mixed open woodlands. Mature and dense forested areas are less desirable. One can frequently find Eastern Phoebes in the general area of small ponds, ditches, wet open woodlands, or woodland edges. Here they often perch in a rather erect posture, frequently 3 to 15 feet off the ground and will fly out from the perch to capture insects (referred to as sallying or fly catching). They also consume small berries and fruit of various plants. While perched, Phoebes will often pump or wag their tail.

While out looking for the Eastern Phoebe, be on the alert for our second most common wintering flycatcher, the Vermilion Flycatcher. Good places to observe these birds include Bear Creek Park and Brazos Bend State Park.

Profile by Sarah Lefoley: The Eastern Phoebe is a tyrant flycatcher with a dark grey head and face, slightly lighter gray wings, back, and tail, and off-white undersides. Juveniles differ slightly, possessing a uniform light grey shade on the top parts of the body, and light orange wing bars. They engage in a unique habit of pumping their tails up and down when perching on branches. It is hypothesized that this behavior may be used to communicate to possible predators that the eastern is aware of their presence, and therefore will be able to escape before the predator has the chance to attack.

When the Eastern Phoebe is the predator, they will target an insect from a perch, quickly fly and snatch the insect in midair or will hover, and glean the insect from a surface, usually returning to their perch shortly after. They tend to favor insects such as butterflies, dragonflies, moths, wasps, midges, flies, and beetles. While this species is primarily insectivorous, they also feed on seeds and smaller fruits.

The Eastern Phoebe is often associated with edge habitat abutting forested areas with water sources. This species will build nests 15 ft (4.6 m) or lower to the ground, often on sheltered man-made structures such as house eaves, and bridges. They also prefer nesting sites with denser shrubs nearby, for more cover from predators. Phoebes make their nests out of mud, pieces of moss, leaf litter, and strands of fur. These nests are often reused; a rare behavior among other bird species. Because Eastern Phoebes are more solitary, mated pairs spend relatively little time together, and males vehemently defend their territories during the breeding season, especially from other male phoebes. Breeding habitat extends to the northeast corner of Texas, and phoebes can be found during winter throughout most of Texas. 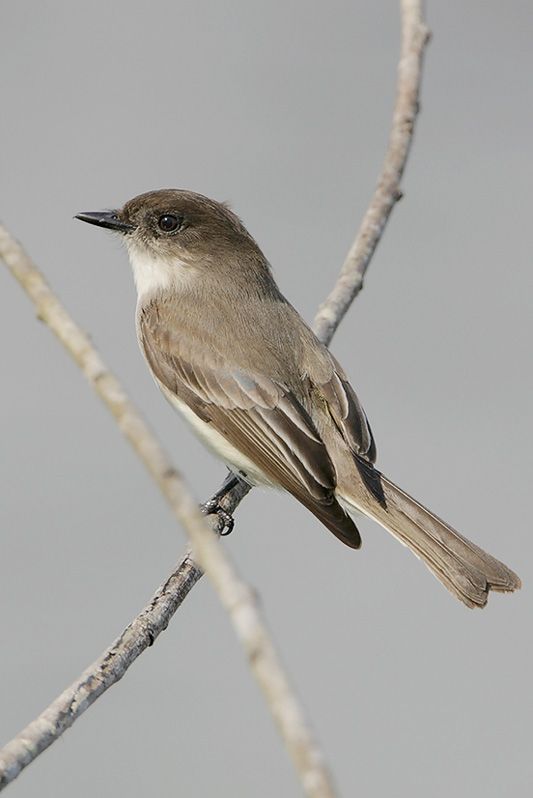 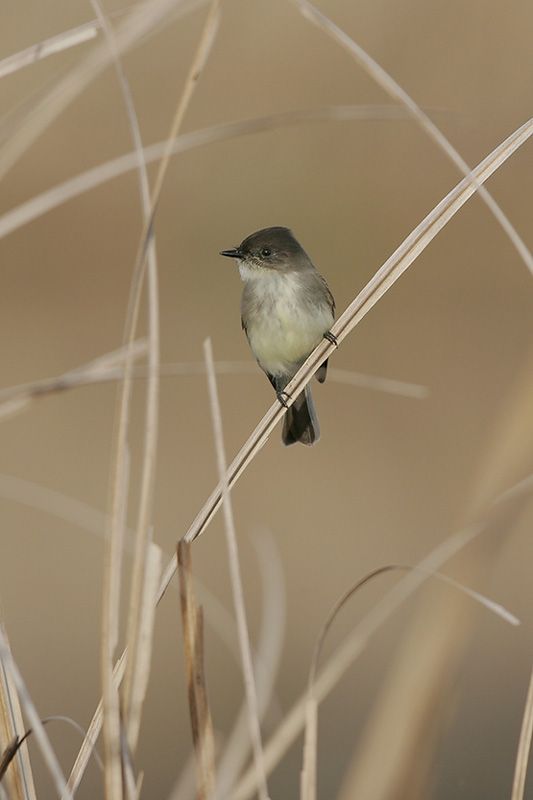 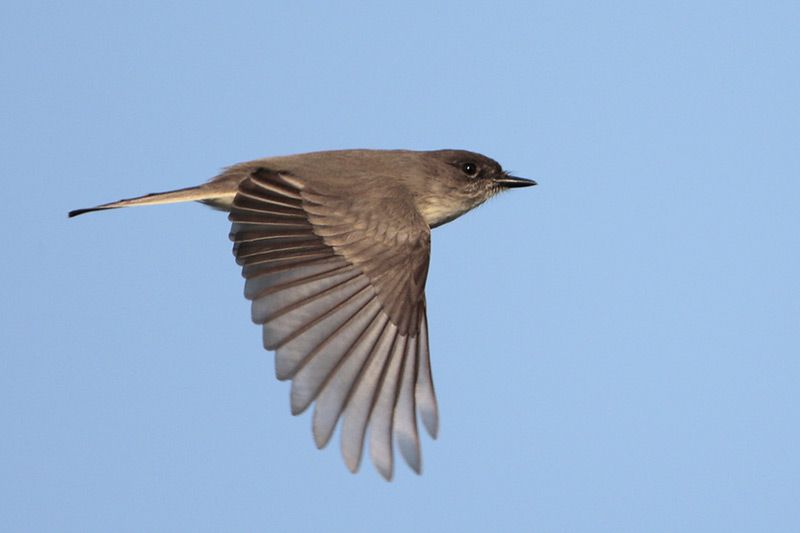 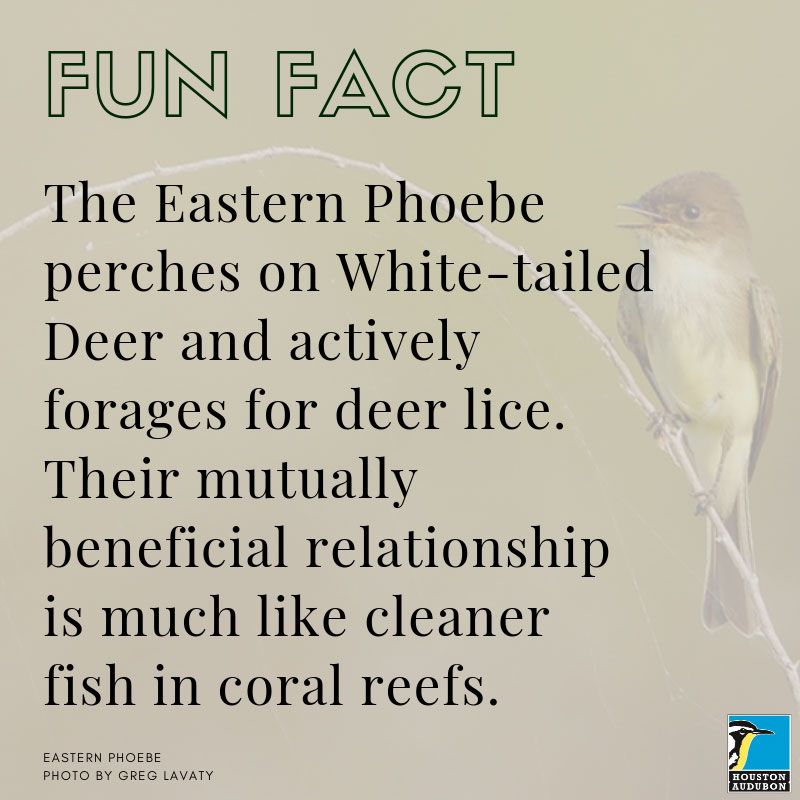