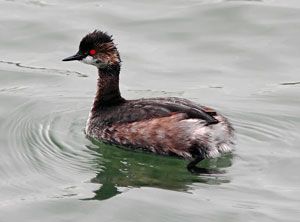 Profile by Bryce Loschen: Eared Grebes are small waterbirds with small heads, a thin bill, and a bright red eye. Breeding birds are mostly black with brown sides and golden feathers fanning out from behind the eye. Nonbreeding birds are grayish black overall with a dark crown that extends down past their eye, and have a grayish neck.

Eared Grebes are migratory. They breed in shallow freshwater lakes and ponds throughout much of western United States and Canada. In the fall, almost the entire population of Eared Grebes flies to Mono Lake, California, or Great Salt Lake, Utah. Here they spend several months fattening up before migrating farther south, making them one of the latest birds to arrive on the wintering grounds. During the winter Eared Grebes are often found in groups on saline lakes, bays, and coastlines. 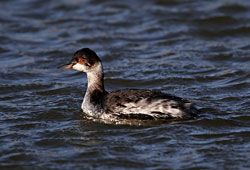 Eared Grebe diet consists of mostly aquatic insects and crustaceans with a few tadpoles and small fish. Eared Grebes forage by diving underwater, and by grabbing items from the water surface. Like other grebes, Eared Grebes have elaborate courtship dances. Nests are a floating platform of aquatic plants attached to reeds or other emergent vegetation. Both parents help in raising the chicks, sometimes carrying the young on their backs.

Eared Grebes are the most abundant grebe in North America and populations are generally stable. Some Eared Grebes spend the winter months in Texas, especially along the coast, so come on down to the Bolivar Flats Shorebird Sanctuary and look for some! 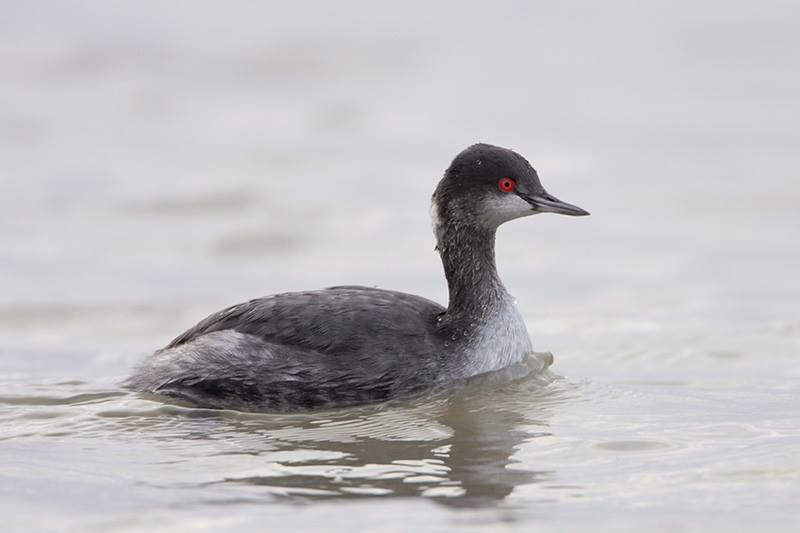 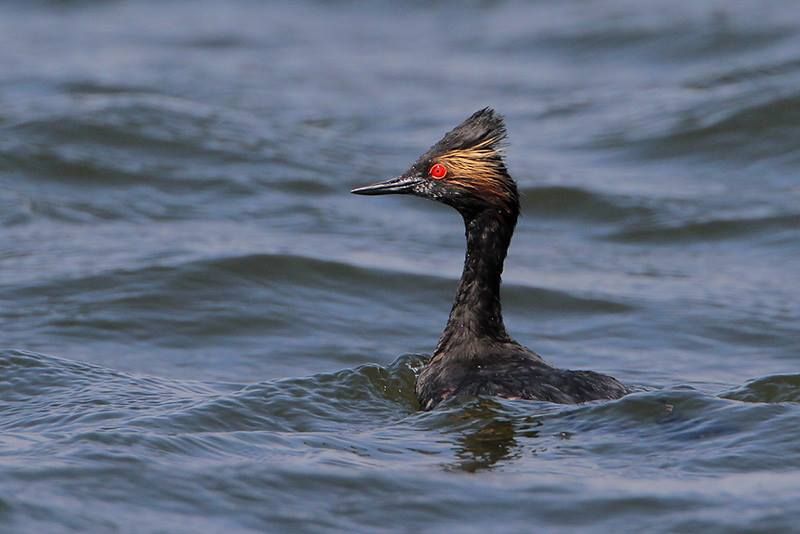 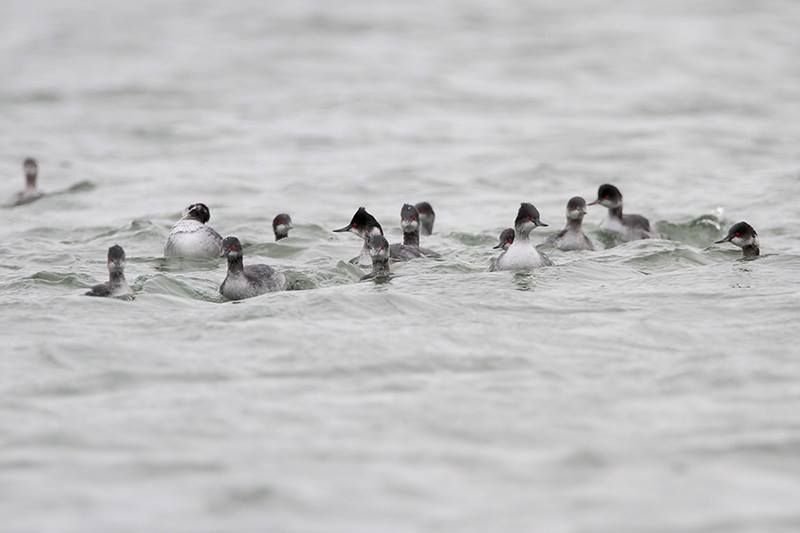