Preferred Habitat: Close to the ground in trees or tundra

Profile by Sarah Lefoley: The Common Redpoll is a small finch with a stubby, conical, yellow bill, a dark spot beneath its bill, a red spot on its forehead, dark wings, and dark streaking on the flanks, and upper body. An adult male will have a rosy wash to the breast.

As a form of negative communication between redpolls, a Common Redpoll may puff its feathers, open its bill, and flash its dark chin spot at another Common Redpoll. This is a frequent enough occurrence as Common Redpolls flock in large numbers. On the other end of the behavioral spectrum, you have courtship behavior. During courtship, males will feed possible mates seeds, and will vocalize while slowly flying around in circles.

When it is finally time to build nests, the females are the ones who do the heavy lifting. Redpolls build their nests closer to the ground, often in willow, alder, and spruce trees. When building in the tundra, low ground cover can be used for a nesting site in place of trees. Common Redpolls will sometimes dig tunnels within the snow to roost more warmly during cold winter nights. 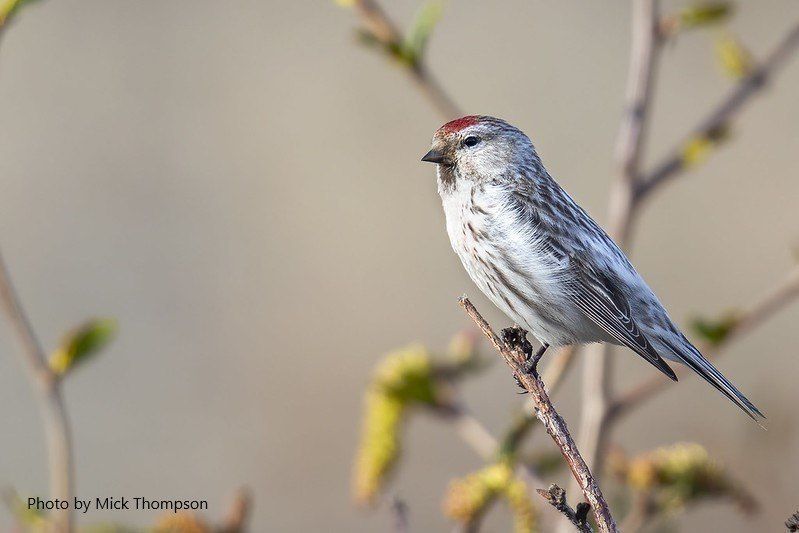 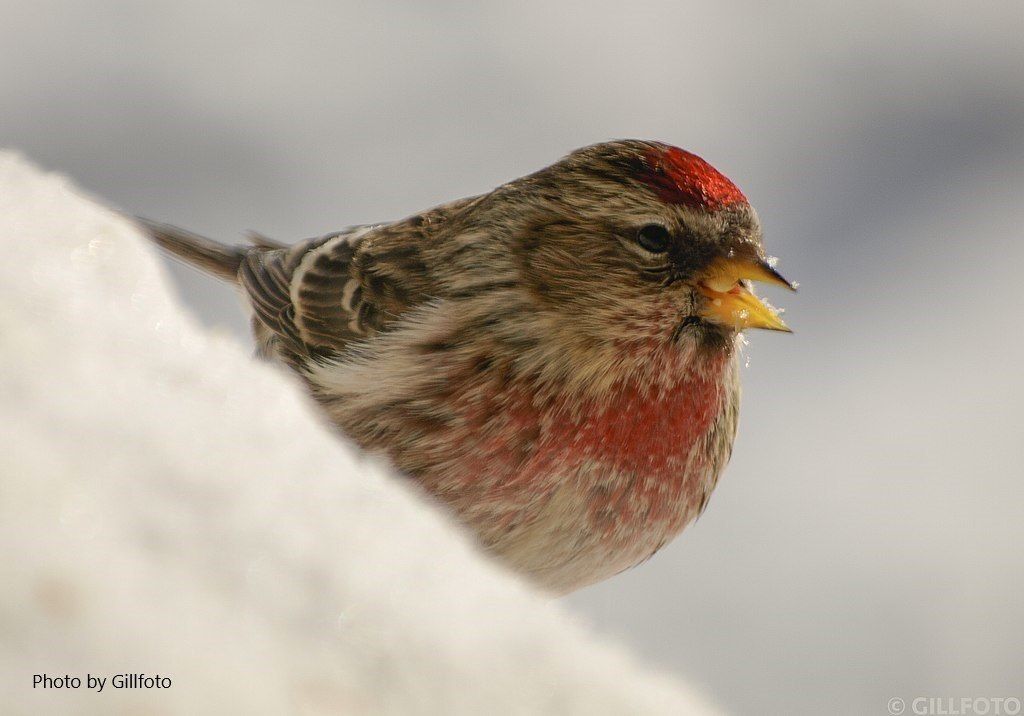 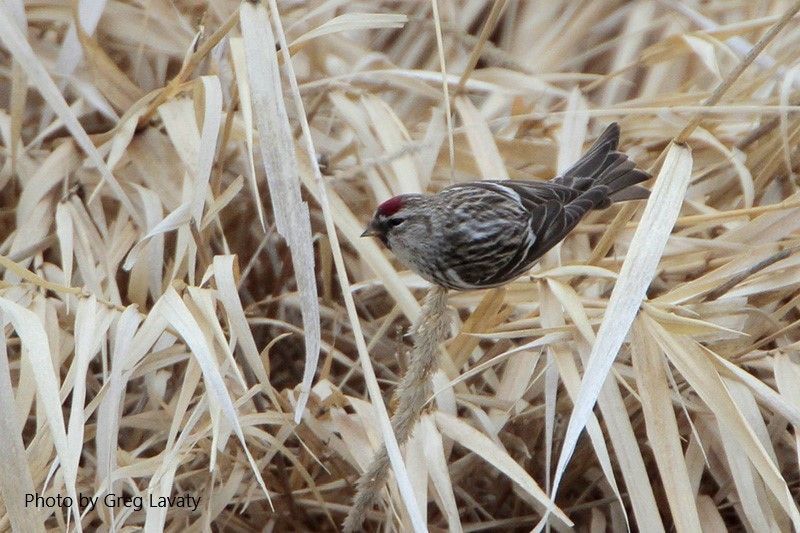