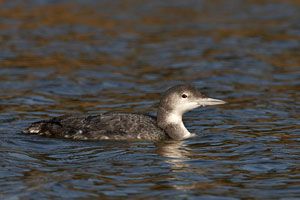 Notes by Susan Billetdeaux: Of the various loon species, Common Loons are the most likely to be seen on the Upper Texas Coast. Loons require large bodies of water and, like grebes, need a long stretch of water to take off. Sometimes in foggy or wet conditions, they may land on a parking lot or highway and be unable to take flight. Common Loons undergo a mid-winter molt when they lose almost all their wing feathers and for a few weeks are unable to fly.

Profile by Aidan Healey: Known for its hauntingly eerie yodeling song and gaudy summer colors, the Common Loon is often considered a symbol of northern boreal lakes – it’s even featured on the Canadian dollar coin. However, during these winter months when boreal lakes are frozen over, many Common Loons venture toward both the east and west coasts of North America, as well as the Gulf of Mexico, to spend the winter in warmer waters.

In winter plumage, both male and female Common Loons are mostly brown above and white below with splotchy white patches on their face and neck. They sit low in the water, often with their backs only slightly above the surface, and almost never venture onto solid ground.

While they are wintering in our area, Common Loons can be found on open water, where they often dive under the surface of the water to catch fish and crustaceans to eat. Even with binoculars, however, Common Loons may be hard to keep an eye on, since they are known to stay under water for minutes at a time, sometimes resurfacing far away from where they initially dove. 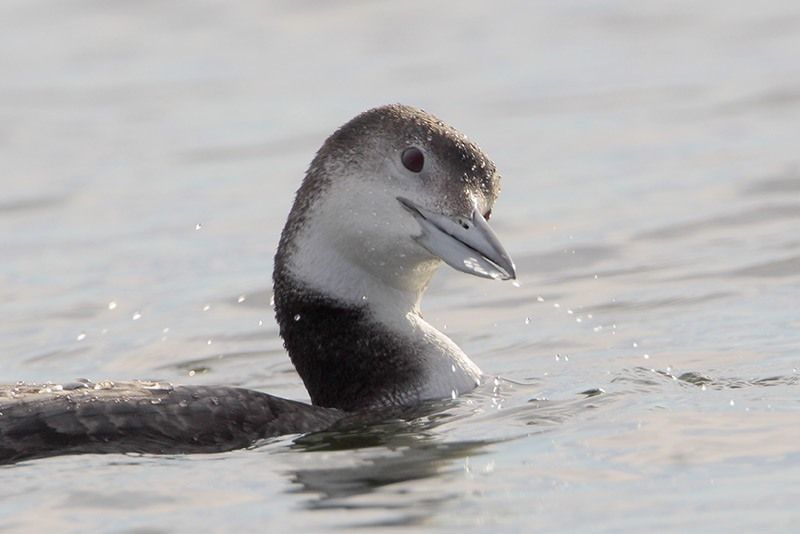 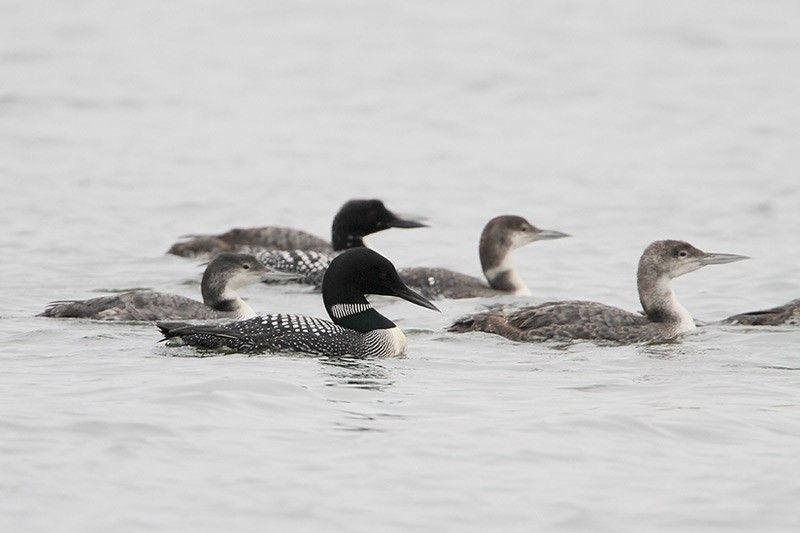 A breeding adult is in the foreground.
© Greg Lavaty, www.texastargetbirds.com 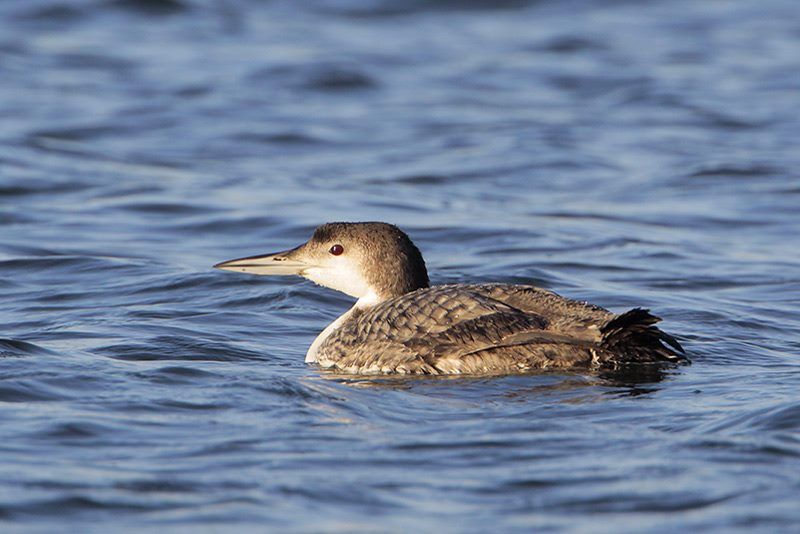