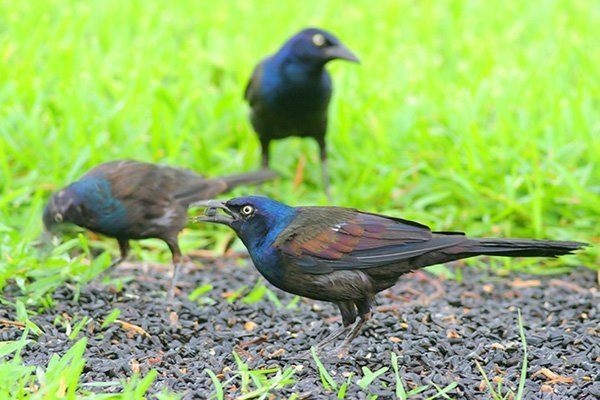 Notes by Susan Billetdeaux: Common Grackles are often seen walking on lawns. They usually occur in flocks, and their creaking calls are easy to identify. Grackles may be distinguished from other blackbirds by their long keel-shaped tails which seem to have a crease running down the center. Adults have yellow eyes; those of juveniles are dark. Common Grackles occur in two color forms: "purple" and "bronzed" where the body has a golden sheen which contrasts with the dark head. Great-tailed Grackles, not Common Grackles, are the birds most often seen in shopping centers and fast-food store parking lots.

Profile by Sarah Lefoley: The Common Grackle can be found year-round in most of Texas. Common Grackles are lanky blackbirds with iridescent teal heads, purple wings, and olive and purple bodies. Female grackles are less iridescent, and often appear brown. Male Common Grackles will puff their feathers when singing, making them look like dark, angry cotton balls with tails. When courting, males will often chase females alone or in groups with other males. Sometimes, however, a male and a female grackle will fly side by side in a slow and deliberate manner.

When it comes time to build a nest, females will first scout out possible nest locations, occasionally accompanied by their partners. The female may change her mind after she has started to build the nest, and will try another location. Nest building is mainly done by females, and can sometimes take up to six weeks to complete. Male Common Grackles may assist females in nest building, and repair. Typically, a nest is built high in a coniferous tree near water or near an open area. Common Grackles have been known to nest in other species’ occupied nests. In addition to foraging for small vertebrates and large invertebrates, Common Grackles will invade other birds’ nests for “protein packets.”

Grackles are extremely resourceful, and follow plows around in order to catch insects and mice that are displaced by the plows. They will use walnut, citrus, and marigold flower juices, as well as formic acid secreted by ants to remove parasites from their bodies. I should note that the birds intentionally let ants crawl on them for this exact purpose. Now that’s one clever bird. 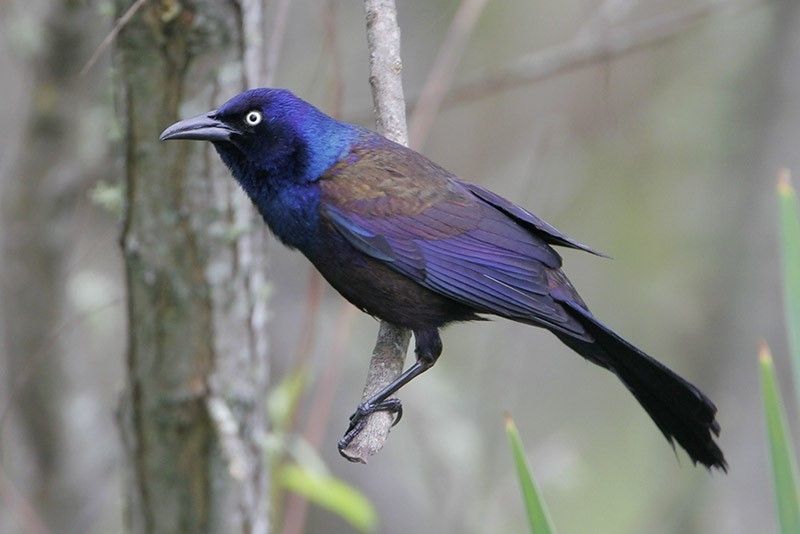 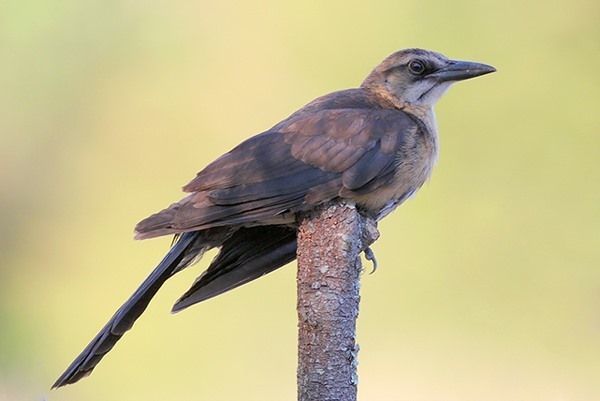