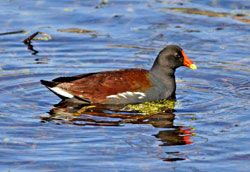 Profile by Vicki Stittleburg: The most widely distributed member of the rail family, the Common Gallinule is a permanent resident in the Houston area. The unique bird has a gray-black body, brownish upperparts, white-streaked flanks, long, greenish yellow legs, a reddish forehead shield and a red bill with a yellow tip. Breeding adults have a brighter bill and forehead shield. Juveniles have paler plumage, duller legs and bill and a white throat.

Common Gallinules mostly consume the leaves, stems, and seeds of various water plants as well as the fruits and berries of terrestrial plants. They also eat insects, spiders, earthworms, snails and tadpoles. The Common Gallinule has a wide repertoire of sounds. Anahuac NWR and Brazos Bend State Park are good places to look and listen for Common Gallinules. 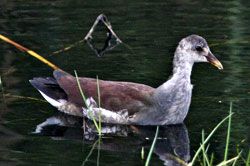 Profile by Will McDaniel: The Common Gallinule is a species of rail which inhabits the Gulf Coast year-round, with its range extending to large parts of Central and South America. It can be recognized by its dark bluish-black plumage with wide yellow feet, a flash of white under the tail, and a striking scarlet facial shield extending from its beak up to its forehead. Juveniles are a lighter, more brownish color and lack the red facial shield. Once considered a subspecies of the closely related Common Moorhen or “Swamp Chicken”, an abundant rail in many parts of Eurasia and Africa, the New World populations were recognized as a separate species by the American Ornithologist’s Union in 2011.

Cryptic and shy, the Common Gallinule can be seen lurking in reeds and tall grass along many wetlands and vegetated waterways, using its wide feet to walk across lily-pads in its search for insects, frogs, small fish, and various aquatic plants. Migrating north to the eastern United States in the spring to breed, females will lay 5-8 eggs in a basket-like nest hidden in dense vegetation, which they will aggressively defend with loud hissing. If a predator approaches, chicks will cling to their mother as she flies off, carrying them to safety. Males and females will work together to incubate and feed their chicks, and will often have more than one clutch during a season. 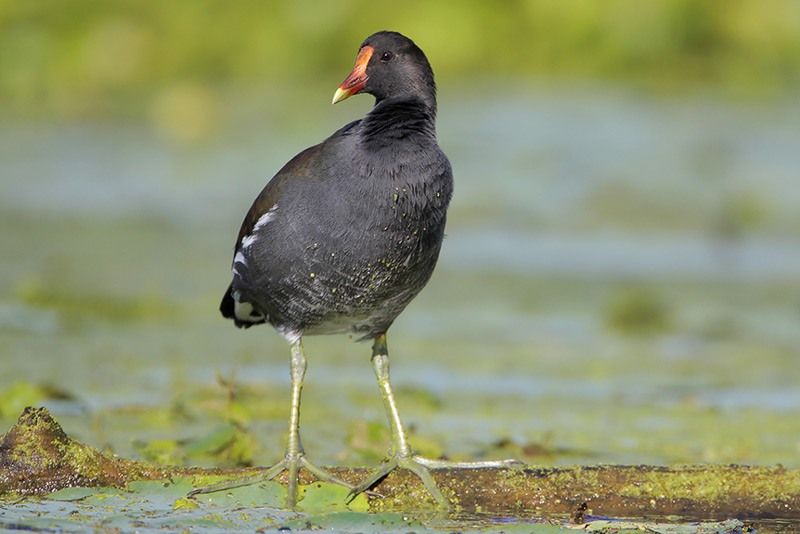 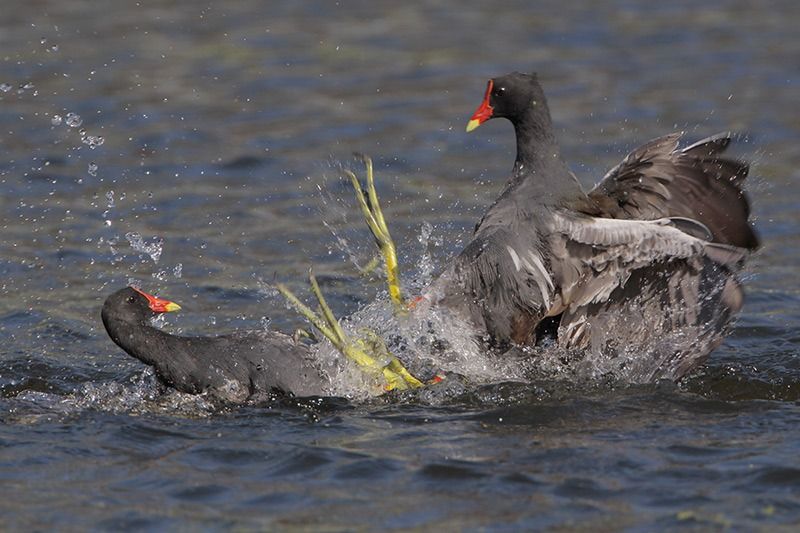 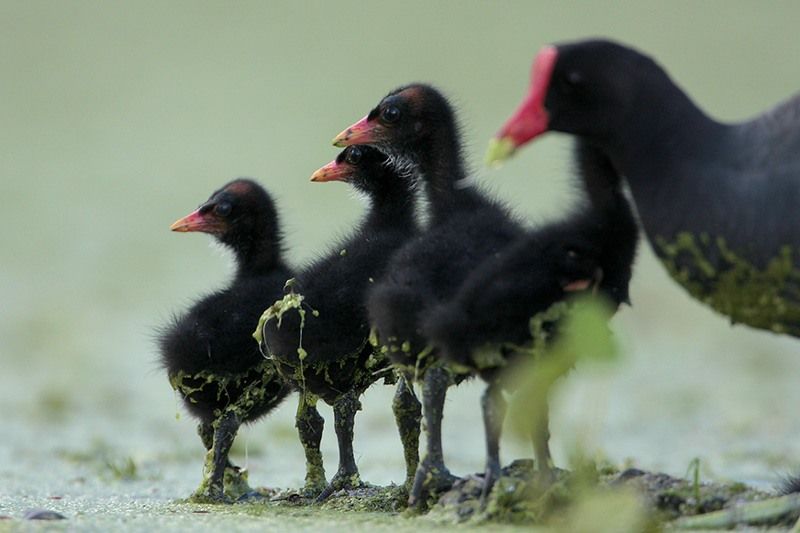