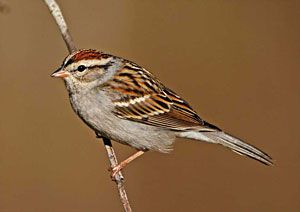 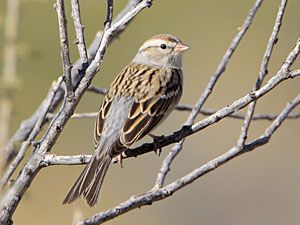 Profile by Sarah Lefoley: Breeding adult Chipping Sparrows have gray bodies, tan and black wings, a distinct bright rufous crown, white eyebrows, malar and throat, and a striking black eyeline. Immature birds will have less distinct eyelines and crowns, and will have a tan wash all over. They may also have slight streaking on their undersides.

This species has recently been spotted in Galveston, Brazoria, Chambers, and Harris counties. Chipping Sparrows winter in much of southern Texas. They thrive in altered environments, where other species might struggle. Spizella passerina prefers habitats containing trees, such as woodlands, edge habitat, forested parks, and yards. These sparrows spend a good deal of time foraging for seeds, insects and small fruits on the ground. Insects make up a larger part of the Chipping Sparrows’ diet during the summer.

When building nests females tend to prefer evergreen trees, but will build their nests in deciduous trees and shrubs as well. Nest building is done solely by females. Males do not assist in nest building, but will defend the females while they build the nests. Female Chipping Sparrows are very particular about nest placement, and have been known to start one nest and replace it by building another nest in a different location. Chipping Sparrows nests are made with small roots and grasses. You can often see through their nests because of how fragile they are.

Notes by Susan Billetdeaux: Chipping Sparrows are named after their song, a rapid series of dry chips all on one pitch. They are one of our tamest native sparrows. Since they are particularly fond of grass seeds, they are likely to be seen within Houston's city limits. Breeding adults have a bright chestnut crown and white eyebrow stripe. Winter plumaged birds have finely streaked crowns, and the eyebrow stripe is duller in color. Note that the breast area is not streaked; this helps to distinguish them from other similarly colored sparrows. However, some juvenile birds retain traces of streaking into winter. 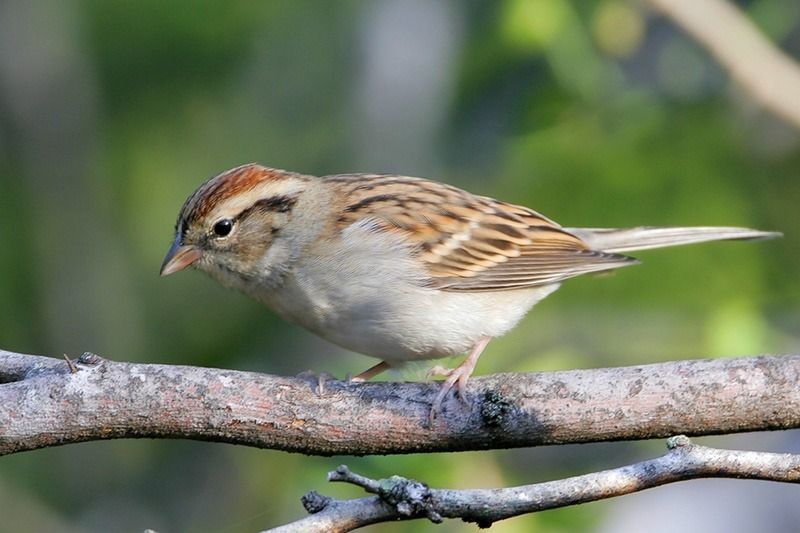 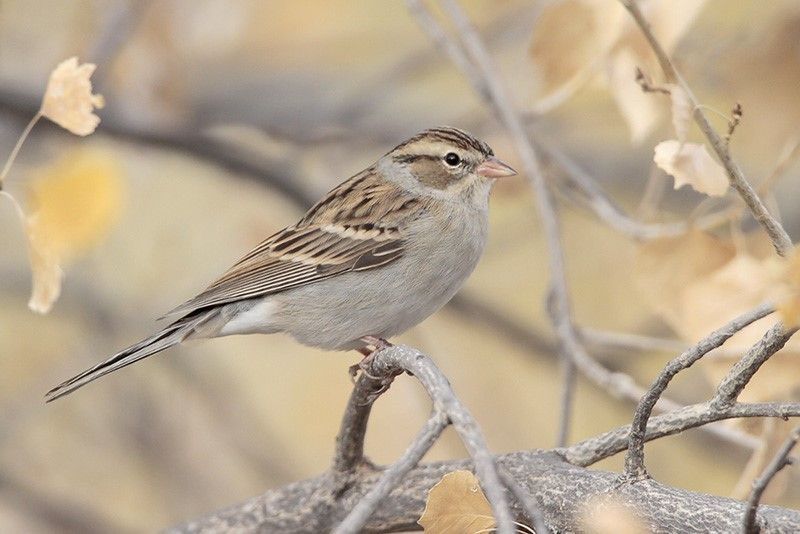 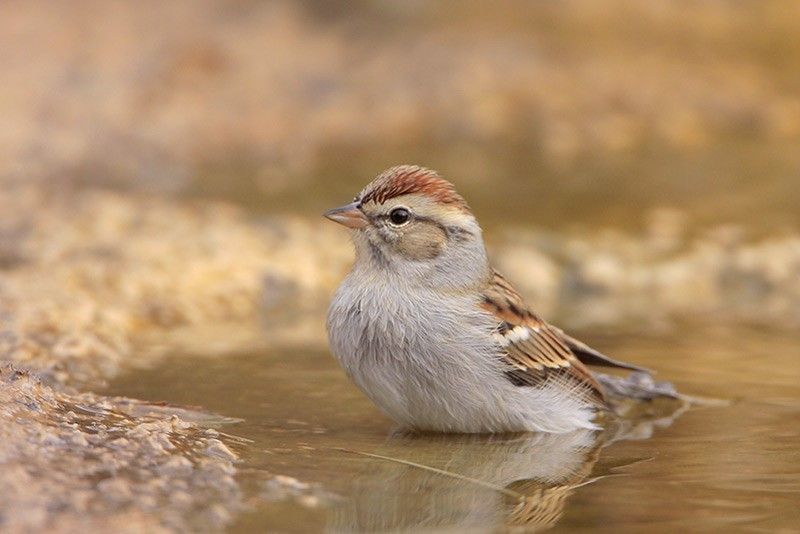