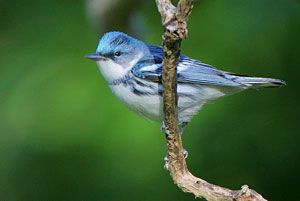 Seasonal Occurrence: Uncommon in spring; lesser numbers in the fall.

Notes by Susan Billetdeaux: Cerulean Warblers are a prized sight during spring migration. They are few in numbers and difficult to spot as they prefer to forage high in the treetops. Males are very distinctive. No other warbler has the combination of bright blue back plumage and streaked breast necklace. Females have muted grayish-blue plumage on their backs with white eyestripes and wingbars. Cerulean Warblers are a declining species; primary factors are the loss of mature deciduous forests. For more information please consult the Audubon WatchList article about them on the Audubon web site. Smith Oaks Sanctuary in High Island is one of the best locations to look for them. Sightings are also reported at Edith L. Moore Nature Sanctuary in west Houston. Cerulean Warblers tend to appear fairly early during spring migration, with mid-April being the peak period.

Profile by Sarah Lefoley: Everyone’s favorite blue warbler has started to arrive in Texas (as of this writing in mid-April 2020), all the way from South America and on their way to more northerly breeding grounds. Male Cerulean Warblers are stormy blue, with faint gray streaking on top with white throats, bellies, and wingbars. Females are more dusky on top, have faint cream-colored eyebrows to match the underside, and lack a blue stripe across the throat. If you are lucky and if you keep your gaze in the canopy, you may see them foraging for insects on these upper branches. Cerulean Warblers feed mostly on insects such as flies, beetles, and caterpillars, by picking them off of leaves and branches. They will add a little bit of vegetation to their diet during winter.

As well as feeding in the forest canopy, Cerulean Warblers will nest in the canopy as well. They build their nests near openings in the canopy, under the cover of dense vegetation. These warblers prefer to build their nests in sycamore, oak, basswood, tulip, elm, hickory, and maple trees. Cerulean Warblers covet spiderwebs when building nests. Other nest-building materials may include, grasses, weeds, hair, lichen, moss, and strips of bark. Adult female cerulean warblers are known for diving out of the nests, and opening their wings to fly, once they get closer to the ground. Males have been known to have aerial fights with other males in order to defend their nesting area. 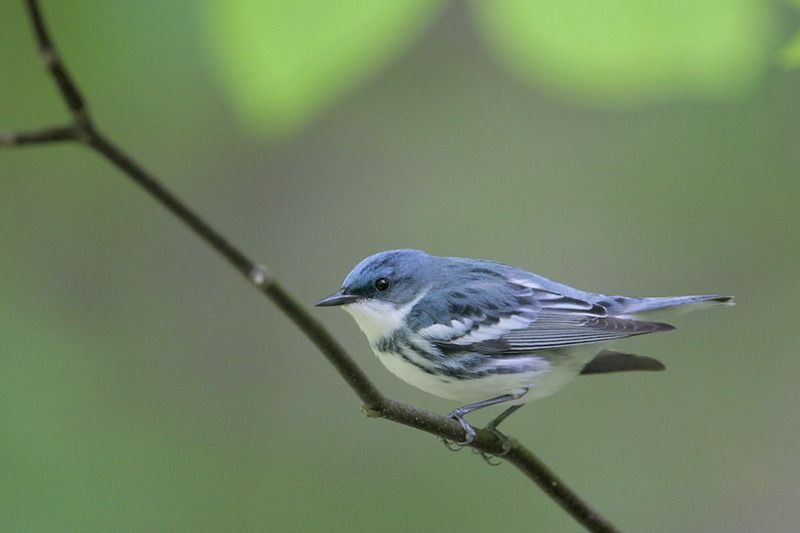 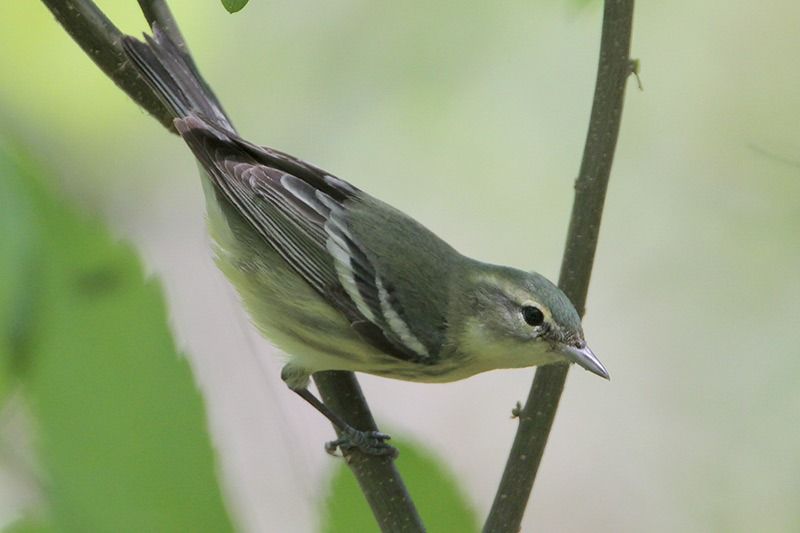 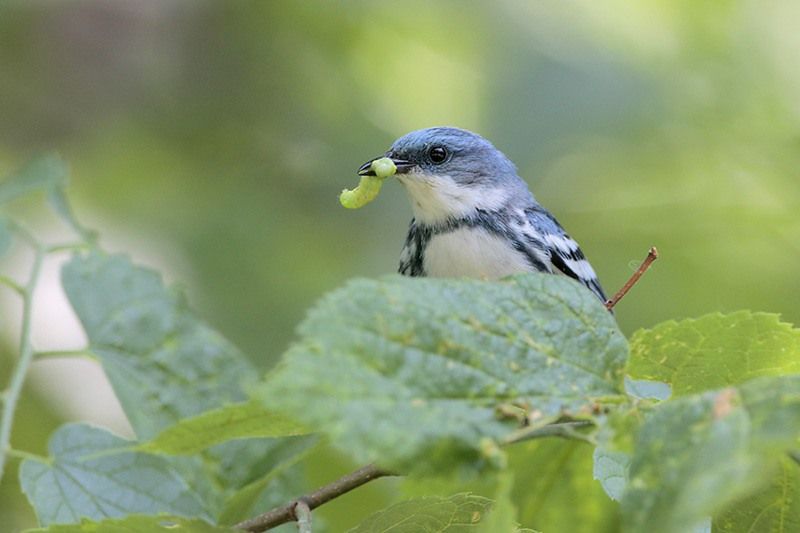