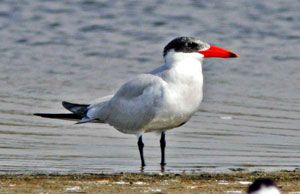 Notes by Vicki Stittleburg: The Caspian Tern, the largest tern in the world, has a light gray mantle, white underparts, black legs, a shallowly forked tail and a heavy red-orange bill with a faint black tip. In nonbreeding plumage, the bird has a black cap streaked with white. In breeding plumage, the bird has a jet black cap. The Caspian Tern is one of the most widespread tern species in the world, occurring on every continent except Antarctica. It is common on the Gulf Coast throughout the year and also nests in our area. Noted for its long adolescence, Caspian Tern young may remain with their parents as long as 8 months. Many an adult Caspian is trailed by a begging youngster from the previous nesting season, even on the wintering grounds.

Profile by Will McDaniel: The Caspian Tern is the world’s largest tern at up to 2 feet in length and topping out at an impressive 5 foot wingspan, slightly larger than the Royal Tern, which it superficially resembles. Similar to other terns, the Caspian Tern sports a black hood or skullcap, white plumage on its neck and belly, and a slate to pale gray back and upper wings tipped with black primaries.

Terns subsist almost exclusively on fish, which they catch by diving beak-first into the waves from a great height in a dazzling show of acrobatics that has many a birder’s attention on our beach. The Caspian Tern often feeds and travels in huge mixed flocks composed of similar looking tern species, but can be distinguished by its larger size, lesser forking of the tail, and the darker red-orange color of its beak, which also displays a sometimes muted black tip that can be difficult to detect from a distance.

Though named after the location of their largest breeding ground in western Asia, the Caspian Tern may also be found in many locales around the world along coasts and large waterways from Sweden and Japan to Madagascar and New Zealand. In the New World, these birds will winter throughout the Gulf Coast, Mexico, and the Caribbean before returning north in the spring to nest in massive colonies on the shores of Canada’s largest lakes. The coast of Texas is also fortunate enough to host a resident, non-migratory population of Caspian Terns, allowing local birders to enjoy them year-round. 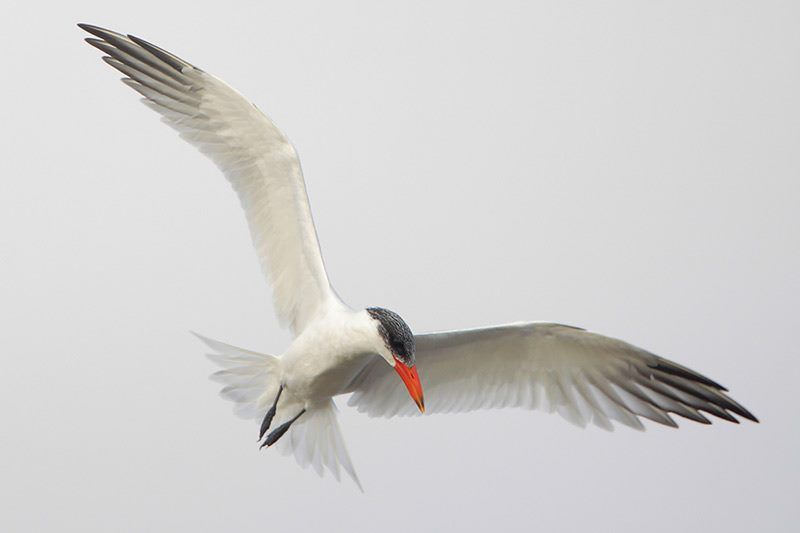 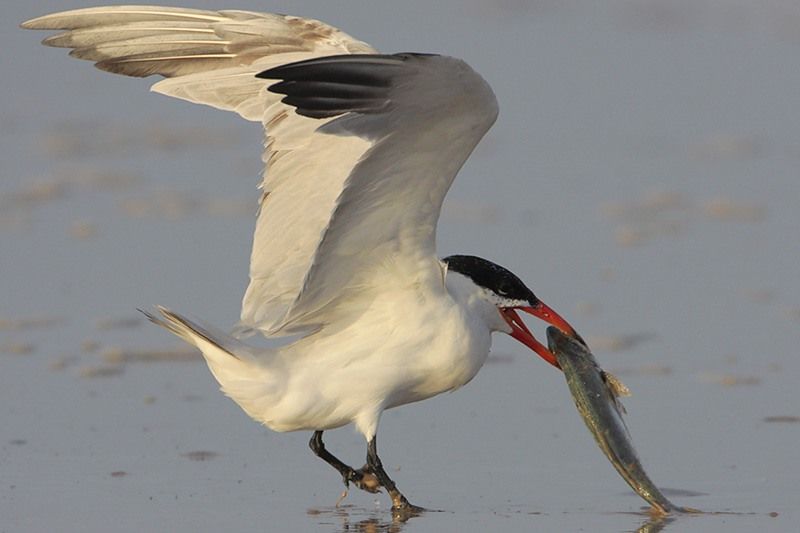 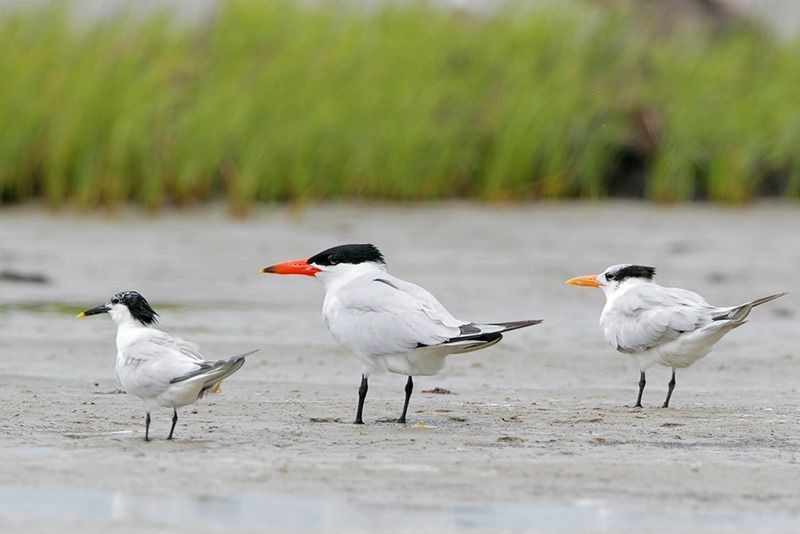