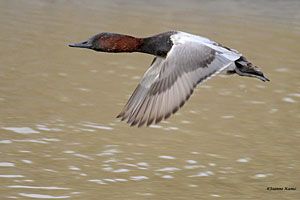 Profile by Steven Garcia: Sometimes referred as the aristocrat of ducks, the Canvasback’s long and gently sloping forehead gives it a distinguished look. Breeding Males exhibit a striking pattern with a chestnut head and neck, a black chest and rear, and whitish body. Non-breeding males will have a brown head and neck with a paler brown body. Females sport a much more understated plumage year-round, with grayish bodies and pale brown in place of the male’s chestnut and black. Additionally, males will have red eyes while females will have dark eyes.

Canvasbacks are omnivorous diving ducks, eating everything from plant tubers to seeds and from insects to mussels. However, this omnivorous diet is mostly prevalent during the breeding season, as the focus shifts to rhizomes and tubers during migration. When food in winter becomes scarce, individuals will defend these areas against other Canvasbacks. These aristoducks will dive as far down as 7 feet for these tasty tubers. A portion of their scientific name comes from their preferred food during the non-breeding season, wild celery also know as Vallisneria americana.

Canvasbacks are at home in the water often sleeping and even nesting on floating mats of vegetation. Due to the position of their feet, Canvasbacks need a running start from the water in order to takeoff. Once in the air they enter their element once more as powerful fliers, capable of reaching 56 miles per hour. This species is gregarious outside of their breeding season often gathering in large “rafts” by the thousands. The Canvasback overwinters in Texas where it sets off north to breed in the lakes, deep-water marshes, bays, and ponds of western Canada and the northern states. 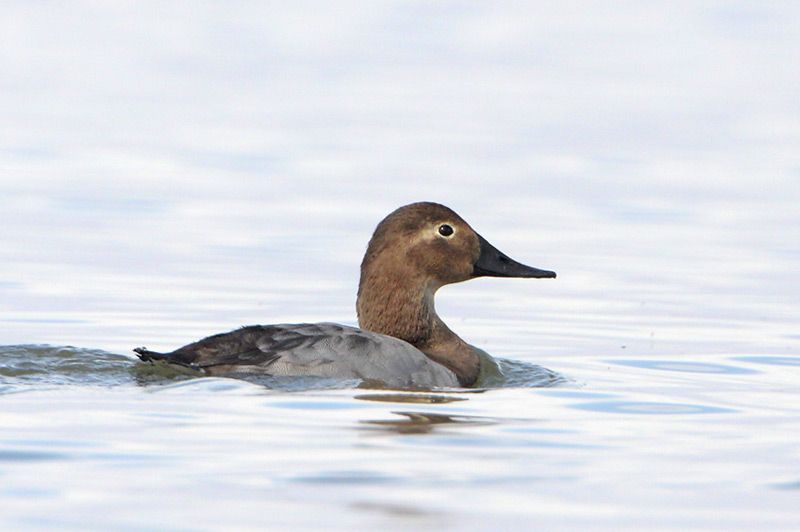 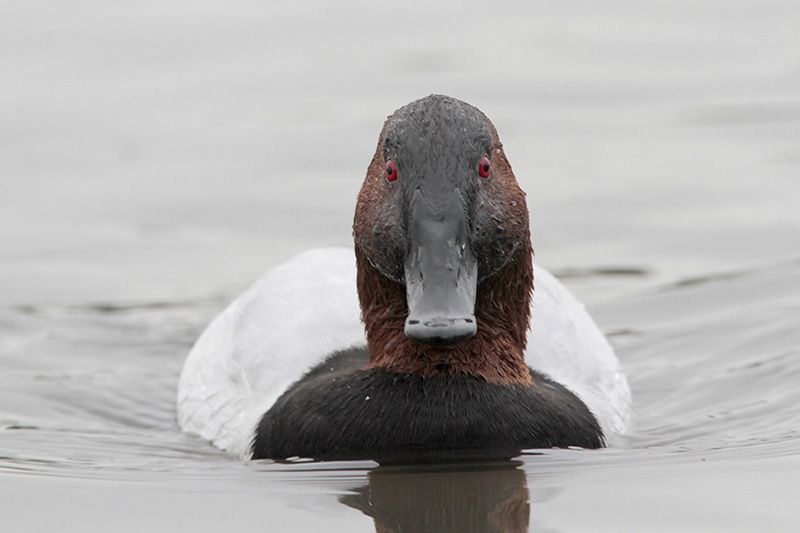 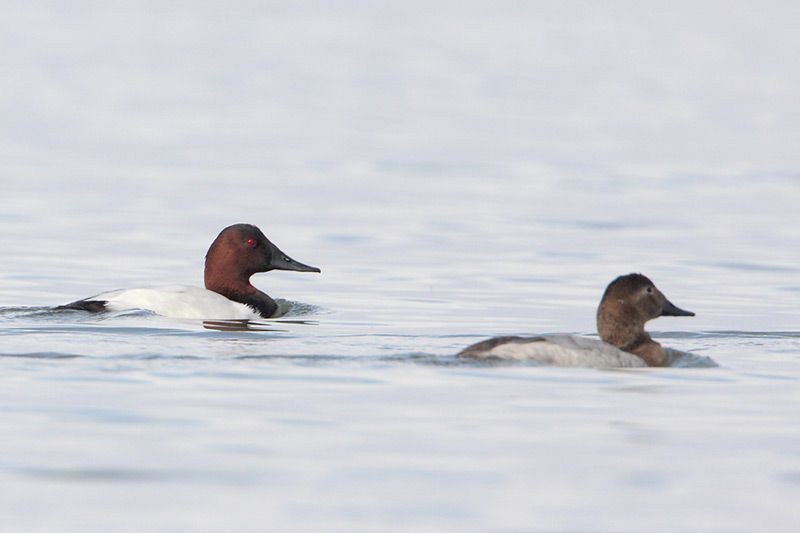