Profile by Carrie Chapin: A California Gull, a rare visitor to southeastern Texas, was recently spotted at the Bolivar Flats Shorebird Sanctuary in November 2022. Typically a western species, California Gulls breed in the northwest great plains and southcentral Canada. They are commonly found along the pacific coast through to Colorado and North Dakota. California Gulls are opportunistic feeders and will forage on fish, small mammals, garbage, invertebrates, and eggs. California Gulls also have a fondness for cherries!

Adult California Gulls are slightly smaller than Herring Gulls but larger than Ring-billed Gulls. Adults also have dark eyes instead of a Herring Gull’s pale yellow eyes. Adults have a large bill with both a red dot and a black ring near the tip and a medium-gray mantle (back). Adults also have yellow legs and very little dark smudging on the neck. Juvenile birds are mottled brown/cinnamon and white and have a black bill with a pink base. Immature birds can have pink or blue legs depending on the season and are best identified by body size and their slim bill (compared to the thick bill of a herring gull) with a dark tip.

California Gulls nest in scrapes made in the ground within vegetation. Nests are most often on islands or other isolated areas to avoid predators. Both parents participate in building the nest and gathering soft materials like feathers to line it. Two or three eggs are laid and incubated for 23-26 days by both parents, each with three incubation patches on their undersides (areas of bald skin that allow heat to reach the eggs).

Hopefully, this gull will stick around to be seen along the Bolivar Peninsula, Galveston Island, or at the Bolivar Flats Sanctuary again! 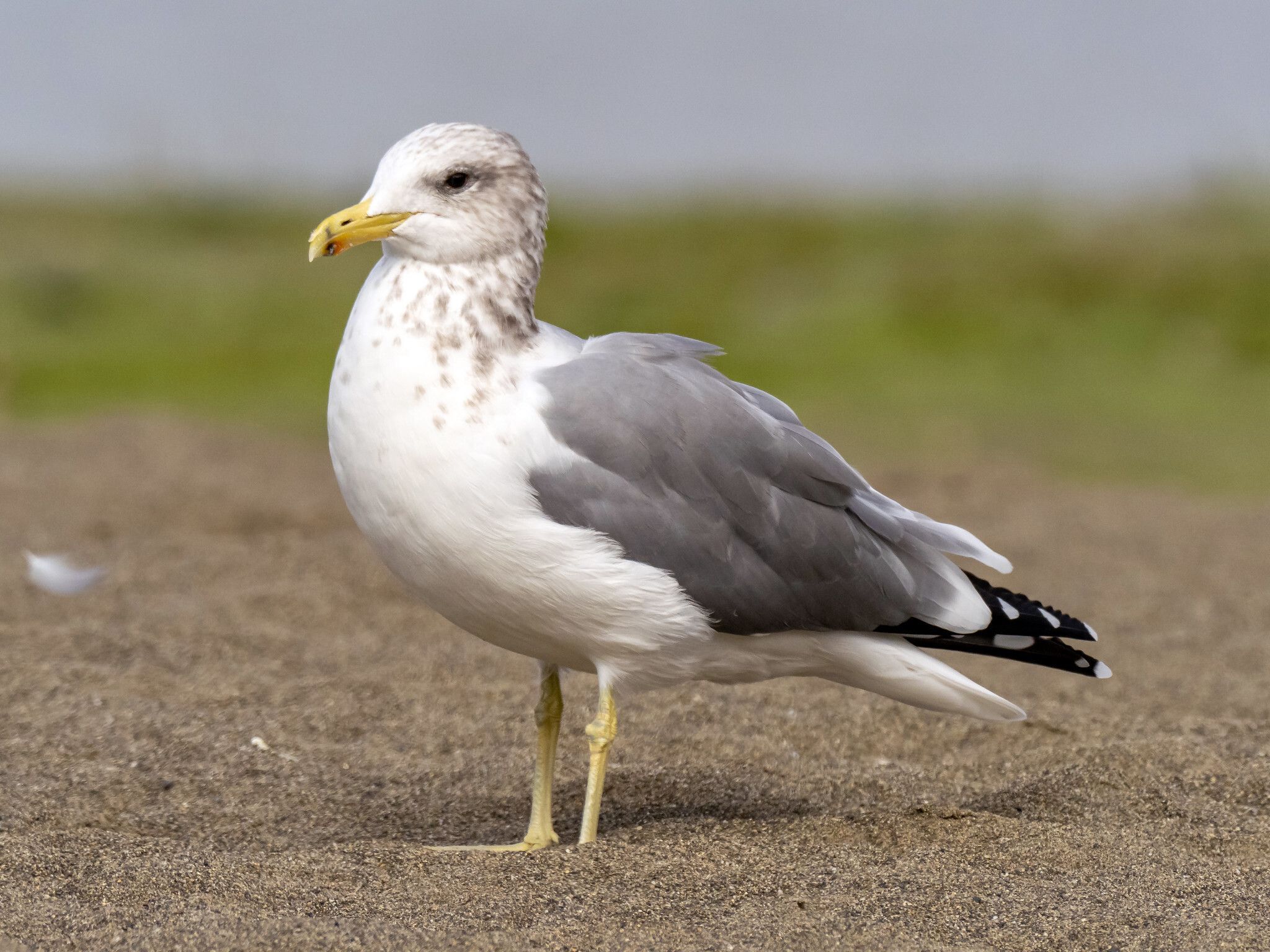 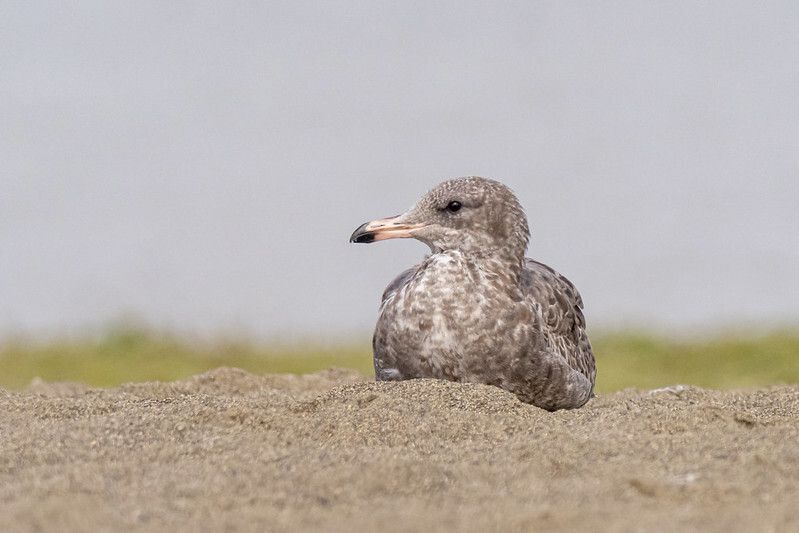 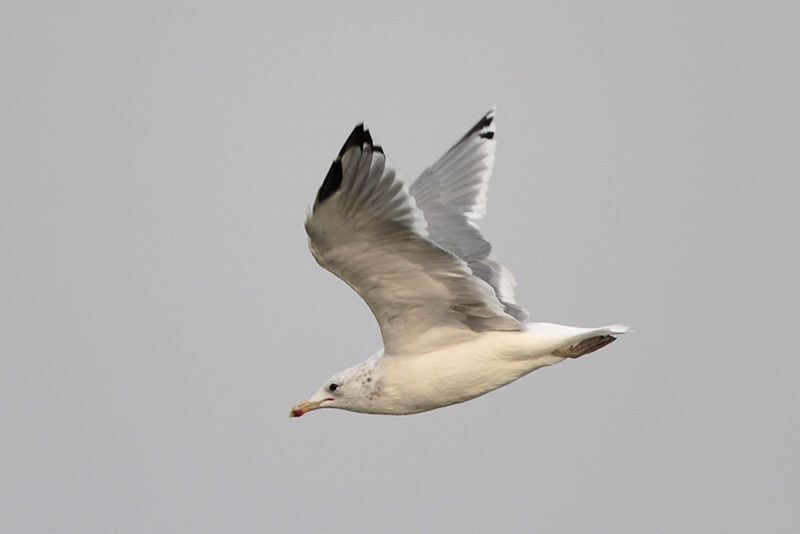 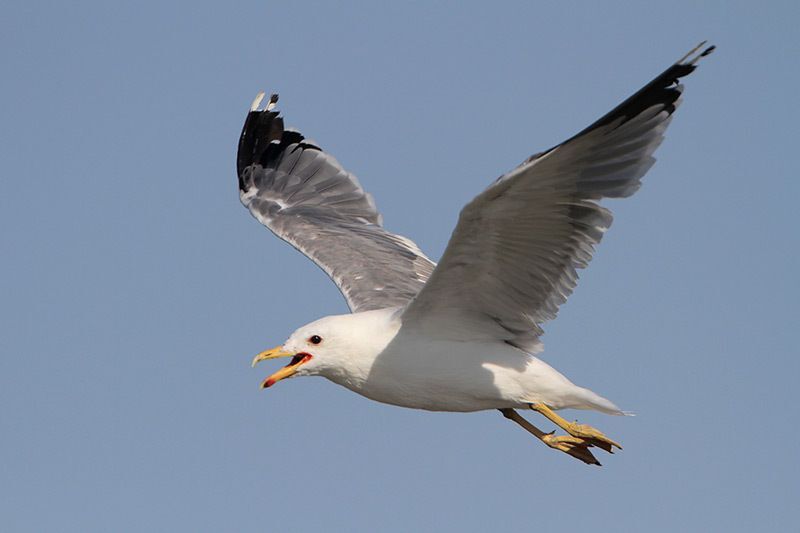