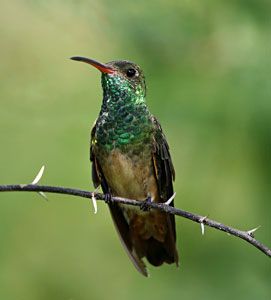 Notes by Susan Billetdeaux: The Buff-bellied Hummingbird is a Mexican species that has traditionally have been a south Texas specialty, but appears to be increasing its range northward. They are rare but regular winter visitors to the Upper Texas Coast. Every year there are scattered reports of them visiting feeders. There have been recent reports for High Island, Lake Jackson and within the Houston city limits. Males and females are very similar, but for the female the upper part of the bill is darker and the green throat is somewhat less iridescent. The red bill is unique among American hummingbirds. The Cornell Lab of Ornithology reports that this species is also unique in dispersing to the north from its breeding areas in south Texas. 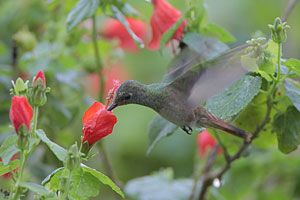 Profile by Aidan Healey: Like most hummingbirds, the Buff-bellied Hummingbird is primarily green, especially around the head and back. It has a rufous-colored tail and a buffy wash to its light underside, and its bill is distinctively reddish or orangey-red with a black tip. Weighing just under 5 grams (about as much as two sugar cubes), the Buff-bellied Hummingbird is actually one of the largest hummingbirds to visit the Houston area. It can be found and identified by its high-pitched twittering call, which it is known to give year-round, both while perched and in flight. 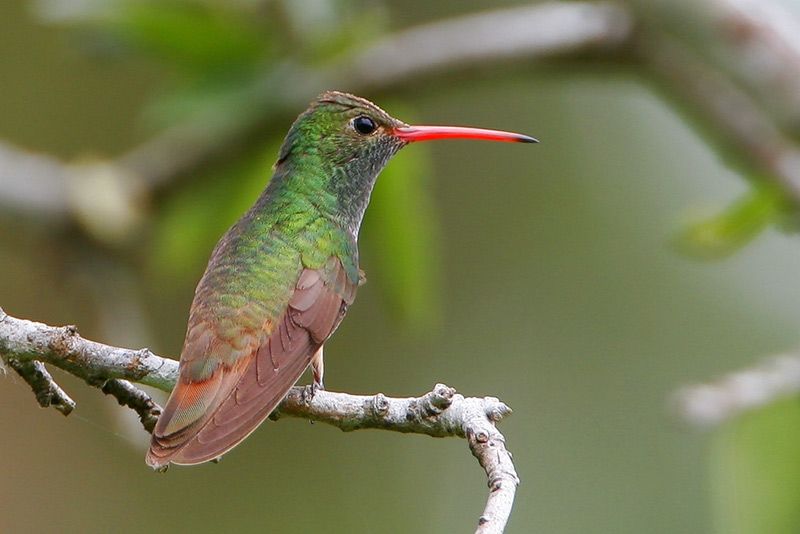 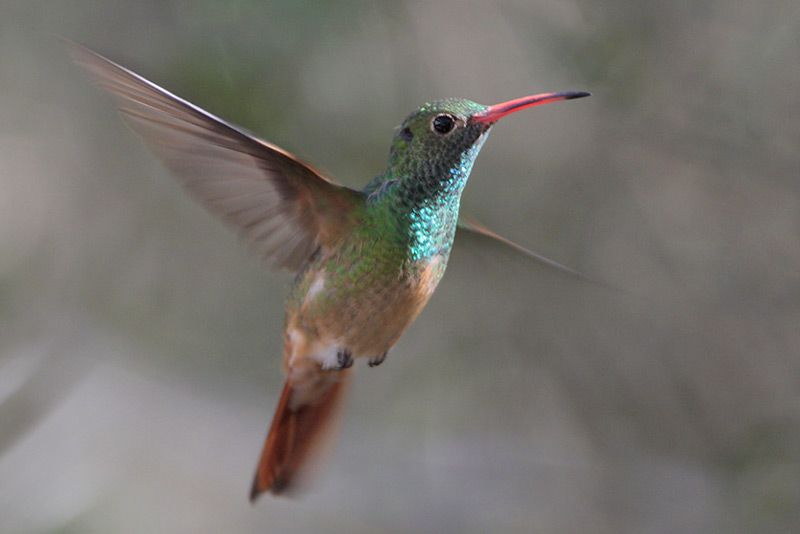 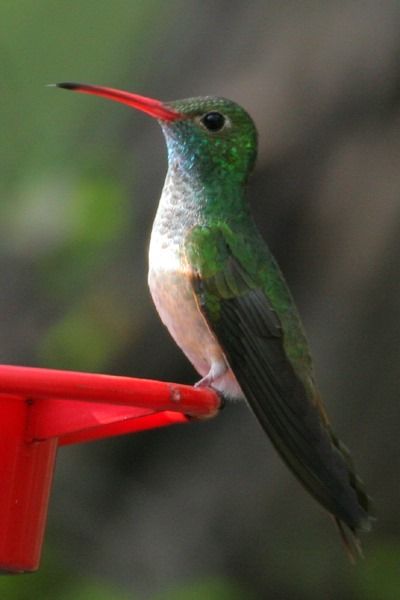