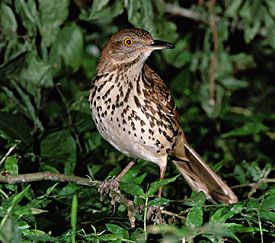 Profile by Glenn Olsen: The Brown Thrasher is a year round resident of the southeastern United States, including eastern Texas. The breeding range extends into central, northeastern, and north-central United States, the southern parts of Canada and to the central provinces. In Texas, the Brown Thrasher will range throughout the eastern one third of the state. However, it is more commonly found in the far eastern counties. This beautiful bird is in the same family as the mockingbird and has a rich, melodious song often heard during springtime in breeding territory. To my ear, it is richer in tone and more elegant than most other songsters.

The Brown Thrasher is slim bodied and long tailed. It is rusty to cinnamon reddish-brown above, including the head, nape, back and upper tail. The throat, breast and belly are soft white with large brown to chocolate brown streaking and buffy flanks. The bill is fairly long and adults have bright yellow eyes. When seen up close or with good optics the subtle but striking beauty of this bird can be quite surprising.

A bird of the underbrush and thickets, the Brown Thrasher is frequently found on or near the ground; under shrubs or at the edges of openings turning over leaves with its bill looking for insects, seeds and other food items. We have greater numbers in our area during the fall and winter months. During this time, they may also be found 4 to 20 feet off the ground feeding on the fruit of viburnums, hackberries, oaks, elderberry, American beautyberry, Virginia creeper, various hollies and many other native plants.

This is the only thrasher that regularly occurs in our area and a trip to see this elegant bird this fall or winter would be an enjoyable and rewarding outing. Sheldon Lake State Park and Bear Creek Park are two places fairly close where one may find the often overlooked beautiful Brown Thrasher.

Profile by Carrie Chapin: The songs and calls of the Brown Thrasher are some of the most delightful and confusing sounds to be heard in forests and hedgerows. The Brown Thrasher is a medium-sized, rusty-brown-backed songbird with black streaks on the breast and flanks, a black stripe down each side of the throat, white underparts, and yellow eyes. Unlike the similar Long-billed Thrasher found in southern Texas, Brown Thrashers have brighter rusty plumage and a straighter bill with only a slight downcurve. Their long yet stout body shape is reminiscent of Northern Mockingbirds and Gray Catbirds in the same family.

Be careful when listening to bird calls near the woods! The Brown Thrasher is one of the best vocal mimics of other birds, with over 1,100 song types. Given the variety of noises the Brown Thrasher can make, the best way to identify their calls is to listen for harsh noises only made two at a time: “plant a seed, plant a seed, bury it, bury it, cover it up, cover it up.” In contrast, Northern Mockingbirds often make noises in sets of three or more, and Gray Catbirds make sweeter, more chaotic noises and don’t generally repeat them in sets.

Brown Thrashers are the only thrasher east of Texas. They eat insects, fruits, seeds, nuts, and small vertebrates foraged from shrubs and leaf litter. Nesting is usually in a low tree or thorny shrub but may also be on the ground. The nest can be made of twigs, bark, leaves, or long pieces of grass and has an internal diameter of about 3.5 inches. 2-6 eggs are produced in May, and after 10 days of incubation and 11 days of feeding by both parents, the young leave the nest.

Brown Thrashers are a common sight in Smith Oaks and Boy Scout Woods Sanctuaries in High Island so come on out to see them sometime soon! 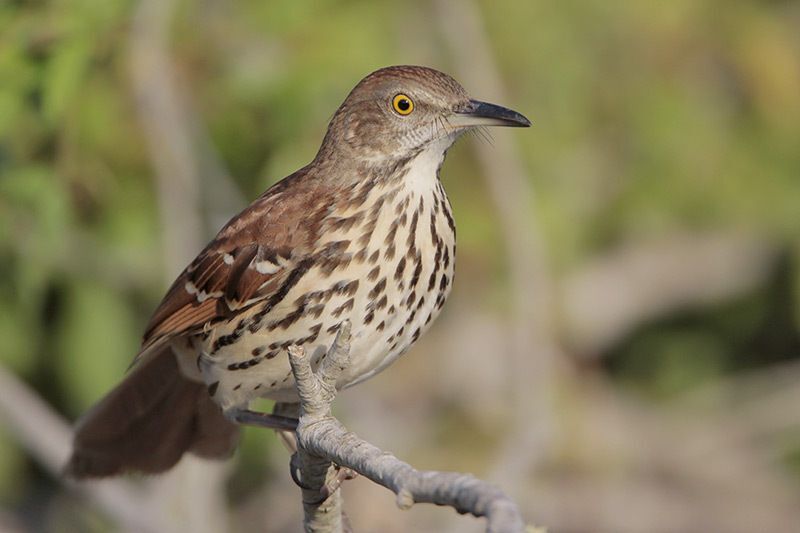 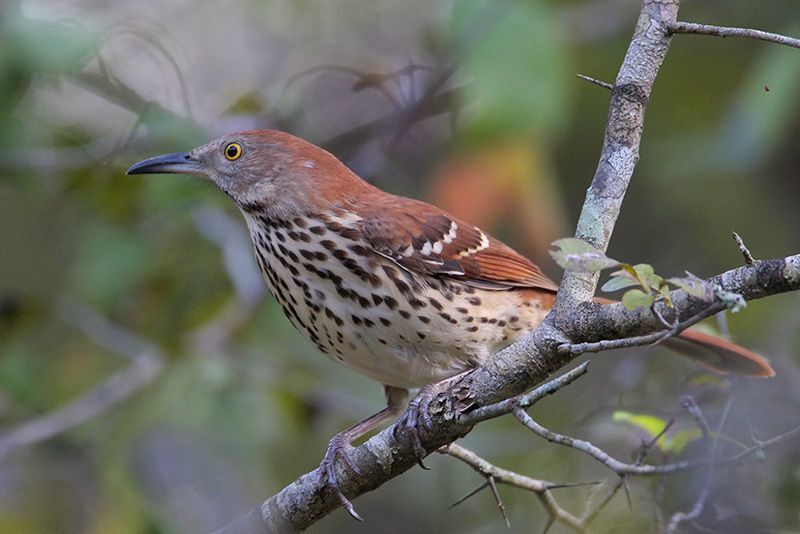 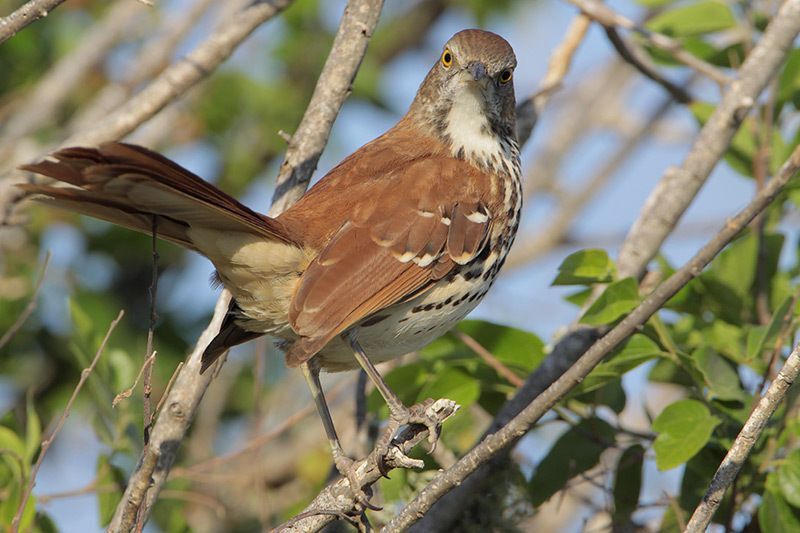 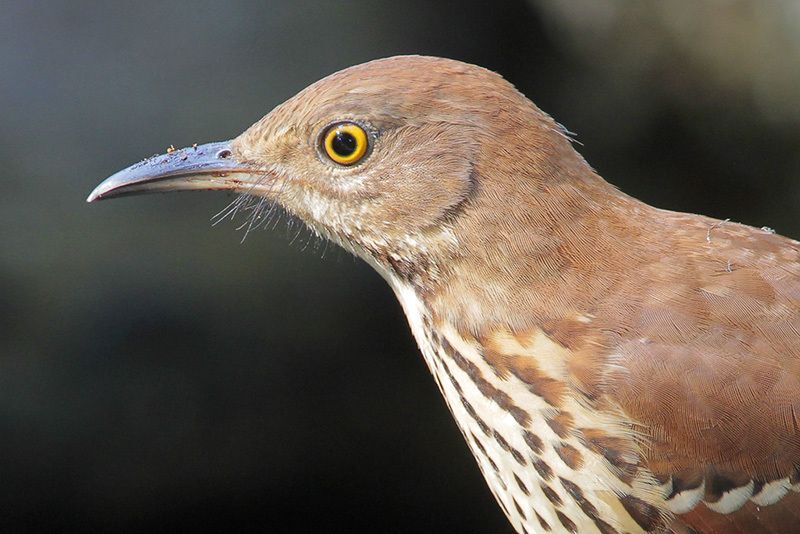