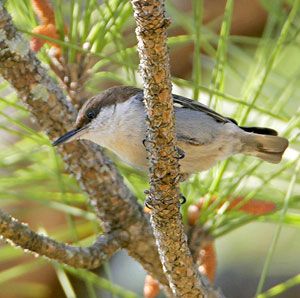 Seasonal Occurrence: Uncommon throughout the year.

Notes by Susan Billetdeaux: The Brown-headed Nuthatch is resident in southeastern pine forests. East Texas is on the western edge of its range. It is more often heard than seen as it prefers to forage high in the tree tops. It is seldom found within Houston's city limits, partly because of the difficulty in spotting it. The best way to find one is to learn to identify the song, a squeaky ki-dee. Unlike other nuthatches Brown-headed Nuthatches are more likely seen among branches and pinecones than on tree trunks. Males and females look alike. Kleb Woods Nature Preserve in Tomball is one of the best locations to look for them, and sometimes one can be found in Bear Creek Park in west Houston.

Profile by Aidan Healey: Often found clinging to tree trunks and branches, the Brown-headed Nuthatch is equally at home climbing upward and downward among the high branches of pine forests. Their rather unique habit of walking down tree trunks headfirst may appear silly, but it comes in handy when they are foraging for insects in the deep crevices of pine bark or gathering seeds from within pine cones.

The Brown-headed Nuthatch appears large-billed, short-legged, and short-tailed, especially for a bird that’s only 4½ inches long. It has a dark bluish-gray back and is white below, with a brown cap on the top of its head. Flocks of Brown-headed Nuthatches are most often heard before they are seen, their repetitive squeaky calls sounding like rubber ducks high in the treetops. Though Brown-headed Nuthatches are usually seen in small groups throughout the year, they occasionally join mixed-species flocks with chickadees and woodpeckers during the winter months.

During the breeding season, Brown-headed Nuthatch pairs will excavate a hole in a tree in which to build their nest. These nest holes are usually between 5 and 15 feet above the ground, but they will also make use of birdhouses and existing holes from old woodpecker nests when available. Though the female will typically remain on the nest to incubate their eggs and rely on the male to bring her food, some nesting pairs are known have an additional "helper" male that also brings food to the female and young in the nest. 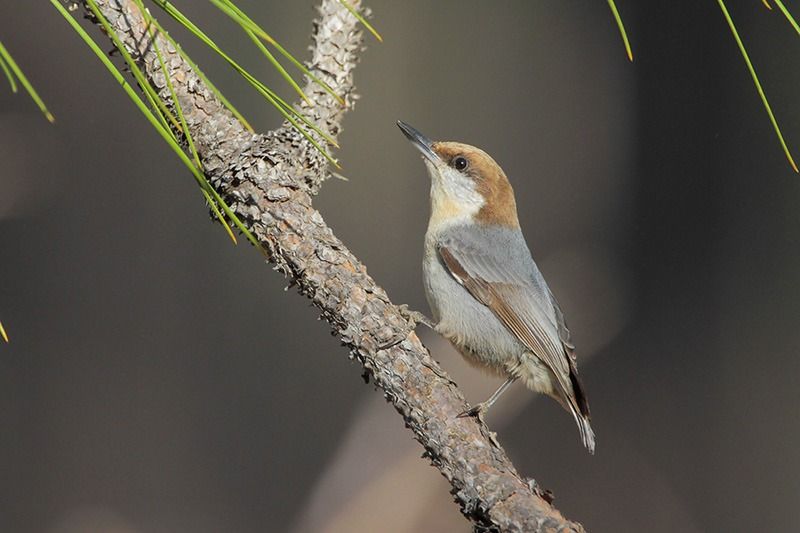 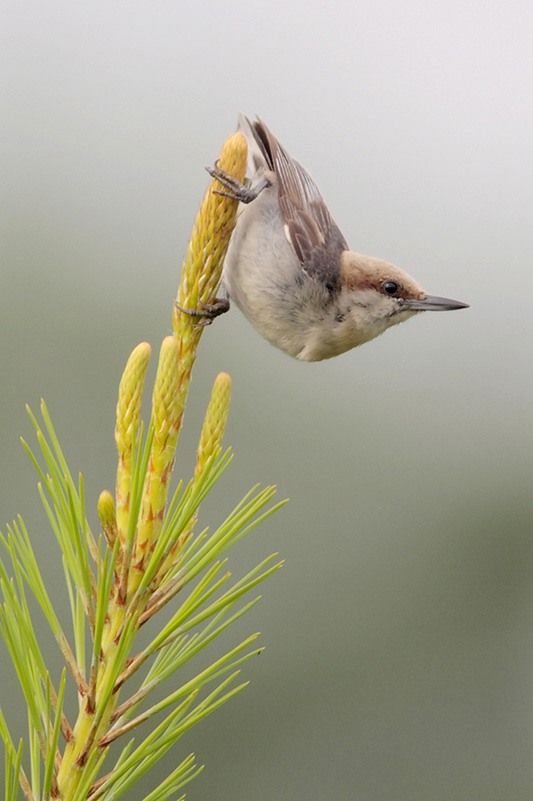 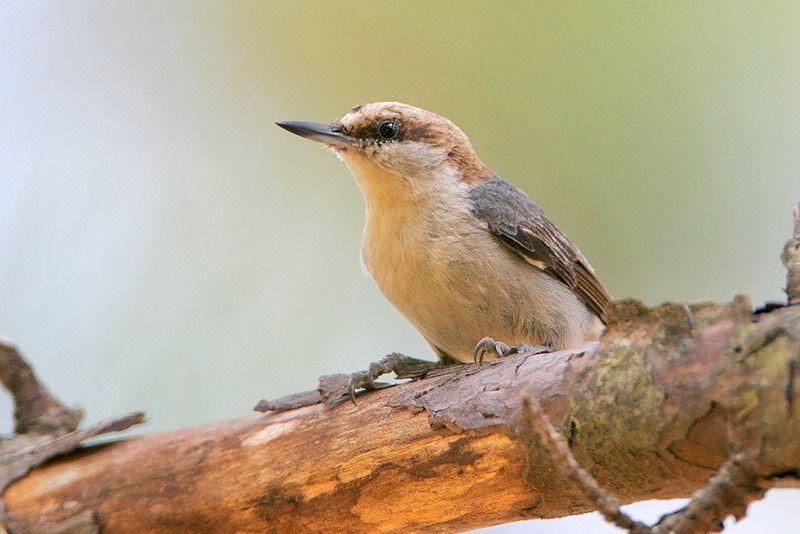