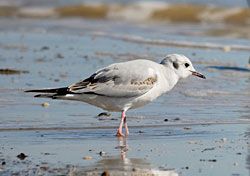 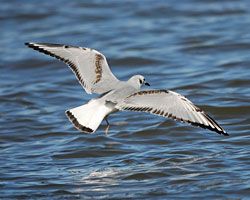 Profile by Phoebe Honscheid: This common gull gets its claim to fame by being the only gull species to nest in trees. On their breeding grounds in the boreal forests of Canada, Bonaparte’s Gulls build their nests of sticks, bark, lichen, and moss on a conifer tree. Gulls typically build ground nests, but this is simply too boring for the Bonaparte’s Gull.

They can be identified by their thin, black bill, which is much slimmer than that of a Laughing Gull. Bonaparte’s Gulls are actually the third smallest species of gull after the Little Gull and Saunder’s Gull. First winter birds show the classic dark “M” shape across the wing in flight and have a black spot behind their eyes. Nonbreeding adults retain this ear-spot and pink legs but have a uniform, pale gray back. In the breeding season, adults develop red legs and a black hood with white eye crescents thinner than those of a Laughing Gull. In flight, they can be identified by a wedge of white outer primary feathers with black wingtips. The underwing is pale, whereas the underwings of Little Gulls are dark.

Bonaparte’s Gulls often gather in large flocks in lakes, rivers, marshes, and ocean beaches where they use their narrow, pointed wings to pick fish and crustaceans from the water with remarkable agility. Like other gulls, they are opportunistic and will also eat flying insects and salmon eggs. But sometimes it is easier to let other birds do the fishing. Bonaparte’s Gulls are kleptoparasites, essentially pirates that steal the food that other birds have caught.

These gulls were not named after Napoleon Bonaparte, but rather his nephew, Charles Lucien Bonaparte, who studied ornithology in the United States for several years. Among his other avian legacies are the Bonaparte’s Nightjar and the Bonaparte’s Parakeet. He also named the Zenaida genus (think Mourning Dove) after his wife. 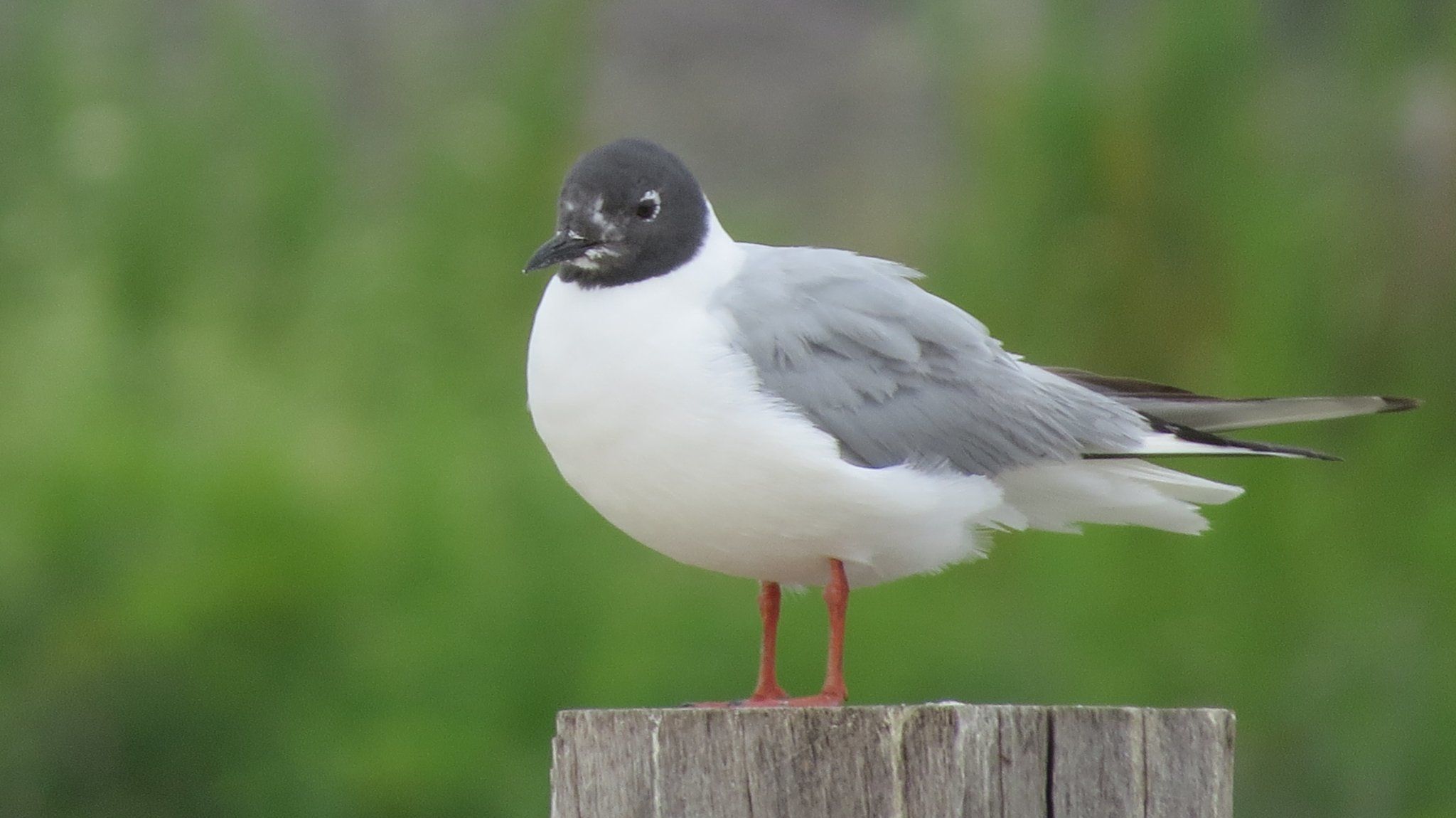 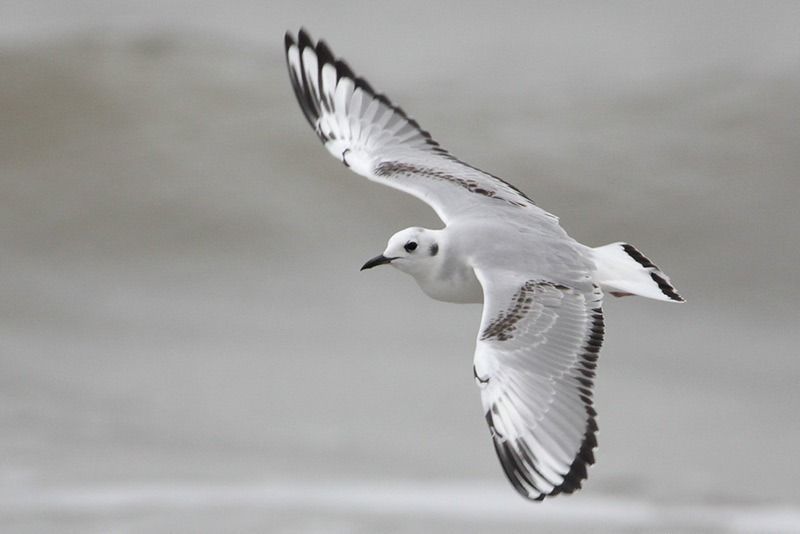 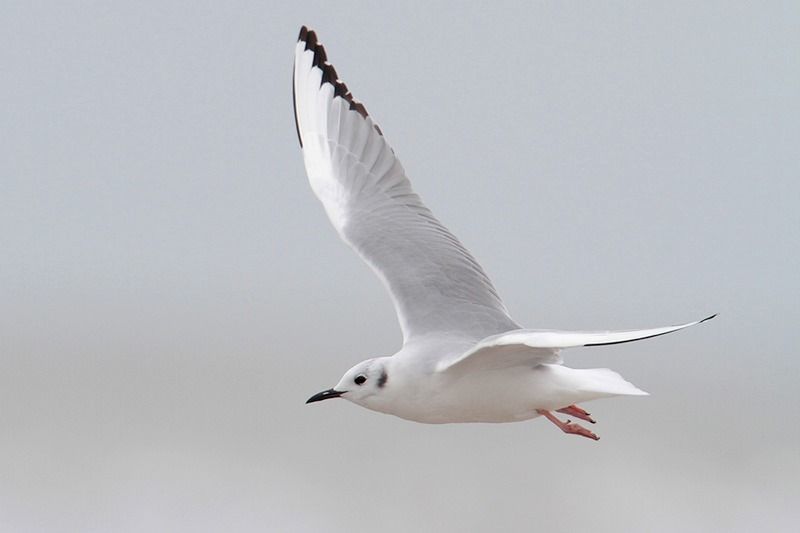