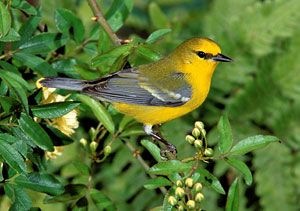 Seasonal Occurrence: Most common in early and mid-April; fall migration is mid-September to early October