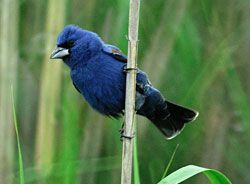 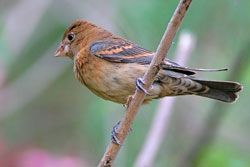 Look for Blue Grosbeaks in areas of dense vine and shrub habitat in semi-open country such as woodland edges and brushy fields. Blue Grosbeaks eat a wide variety of insects and seeds. They feed on the ground or in low vegetation picking bugs and seeds off the ground or off plants, and will also sometimes take short flights to catch insects out of the air. Male Blue Grosbeaks will defend a breeding territory ranging from 2-20 acres in size. Nests are built low in small trees or shrubs. Pairs sometimes raise two broods of chicks in a breeding season especially in the southern areas of the breeding range.

Blue Grosbeaks are migratory, breeding throughout the southern United States and wintering in Mexico, and Central America as far down as Panama. Blue Grosbeaks breed throughout most of Texas, so listen for males singing in appropriate open weedy habitats. 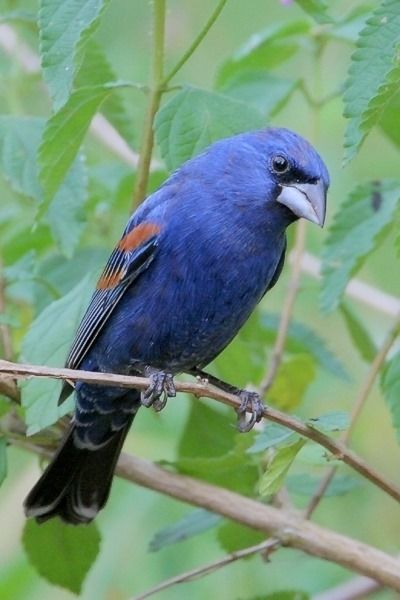 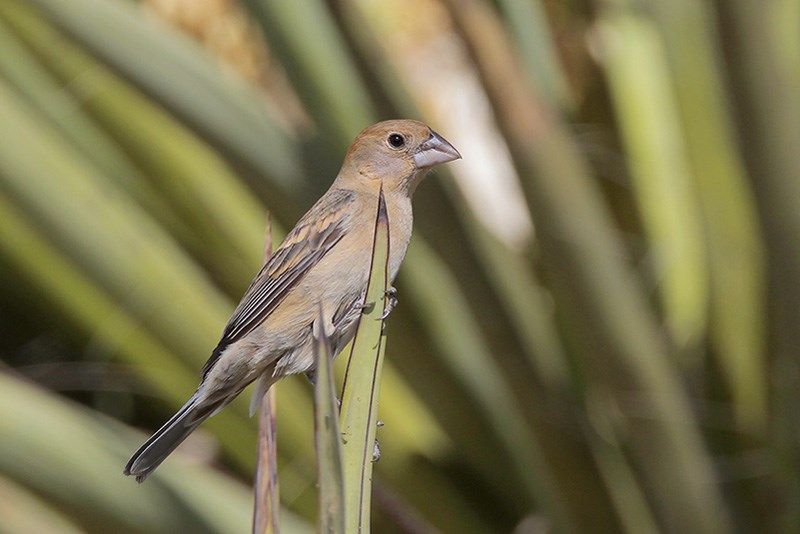 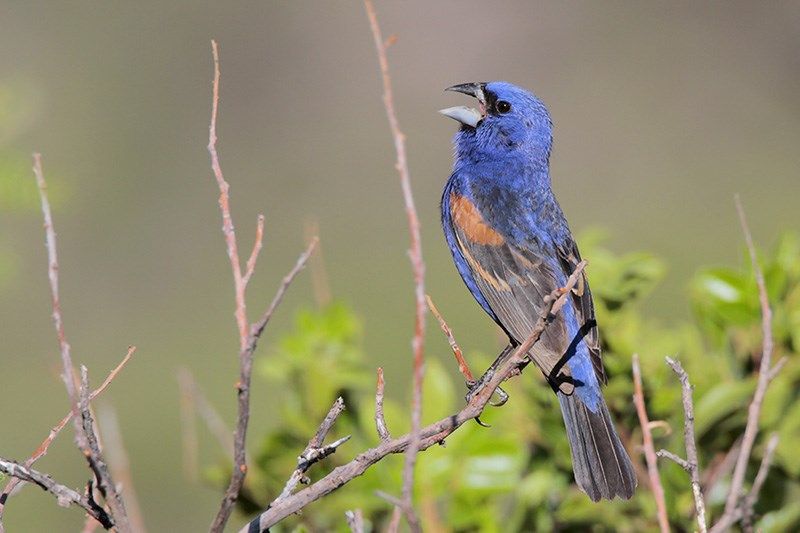