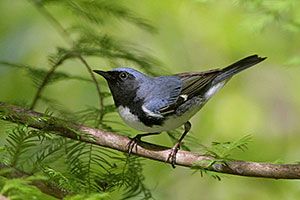 Seasonal Occurrence: Rare September through May. Greatest likelihood during spring and fall migration. 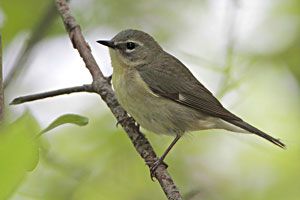 Profile by Lark Heston: Black-throated Blue Warblers are rightly named after the distinct plumage of the males of this species. Along with their black throat and face, they have a blue head, back, and wings. Their black throat contrasts with their bright white belly. The plumage of female Black-throated Blue Warblers is much more plain: they are grayish olive with a pale eyebrow and white crescent under their eyes. Both sexes have a distinct white square spot on their wings, which helps to tell females apart from other drab-looking warblers.

Black-throated Blue Warblers breed in the dense hardwood forests of northeastern United States and eastern Canada. Their breeding range also extends down the Appalachian Mountains where they hop around in the thick rhododendron understory. Like a typical warbler, this species searches the undersides of leaves and twigs for insects and spiders to eat. However, Black-throated Blue Warblers tend to be more meticulous in their feeding behavior and will search an area more thoroughly than other warblers before moving on. All of their activities take place in the lower canopy and understory.

The song of the Black-throated Blue Warbler is often said to sound like “I’m so lazzzzy.” It is a slow song of three to seven buzzy notes with the last one rising. They also sing another buzzy song that is a consistently rising “zwee zwee zwee zwee zwee.” The main spring migration route of Black-throated Blue Warblers is through the Caribbean coast and Florida. However, a few strays with migrate up through the Gulf coast of Texas and neighboring states. Luckily, there have been recent reports of this species in High Island. So if you get the chance to visit our sanctuaries for spring migration, keep an eye out for these beautiful warblers! 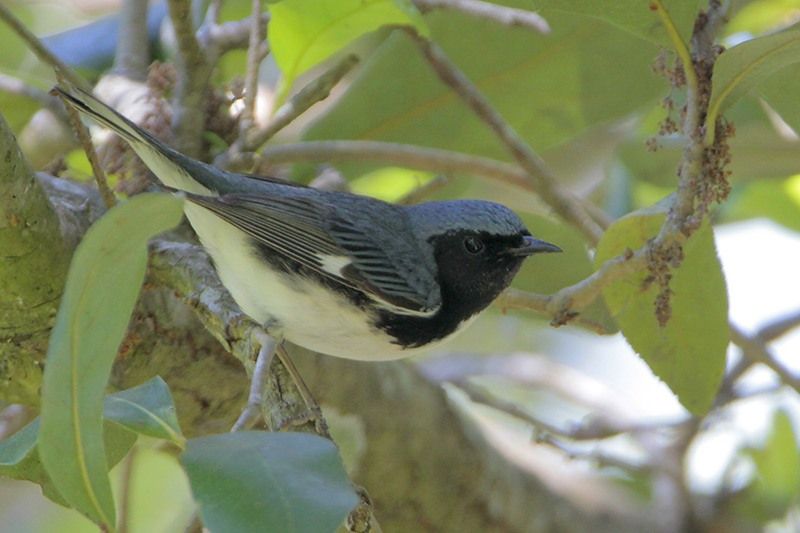 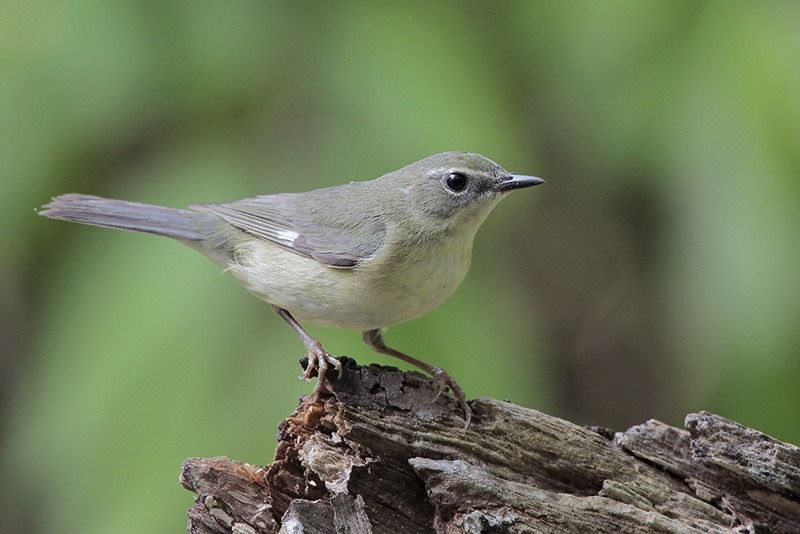 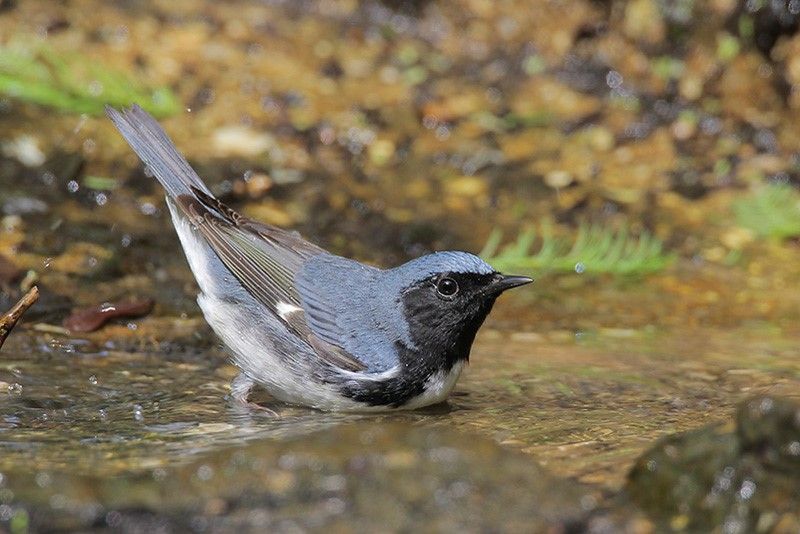