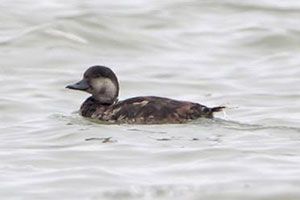 Profile by Lark Heston: The Black Scoter is a medium-sized duck, but is the smallest species of the sea-dwelling scoters (rhymes with voters). Both males and females have a small and straight bill, although the male’s bill is also adorned with a bright yellow knob.

These ducks occasionally occur in mixed flocks with other scoter species. One identifying feature of the Black Scoter is their bill, which is smaller and straighter than the Surf and White-winged Scoters. Male Black Scoters are characteristically black, whereas females are brown with pale cheeks and a contrasting dark brown cap. These birds breed in clumps of grass near lakes in the tundra, and they spend their winters near the coastline, particularly on rocky shorelines. There are populations that winter on the east and west coast of Canada and the United States, as well as along the northern portion of the Gulf Coast, including the Upper Texas Coast!

Their diet consists mainly of aquatic invertebrates, preferring molluscs and aquatic insects. This species of scoter is the most vocal, mainly giving a musical whistling call during breeding season. Overall, the Black Scoter is one of the least studied species of duck, and much more research is needed to fully gain insight on the lives of these birds.

We are currently experiencing an irruption of Black Scoters in Texas, as of December 2018. They are being found along the coast in bays, and inland lakes. Have you seen one and managed to get a photo? 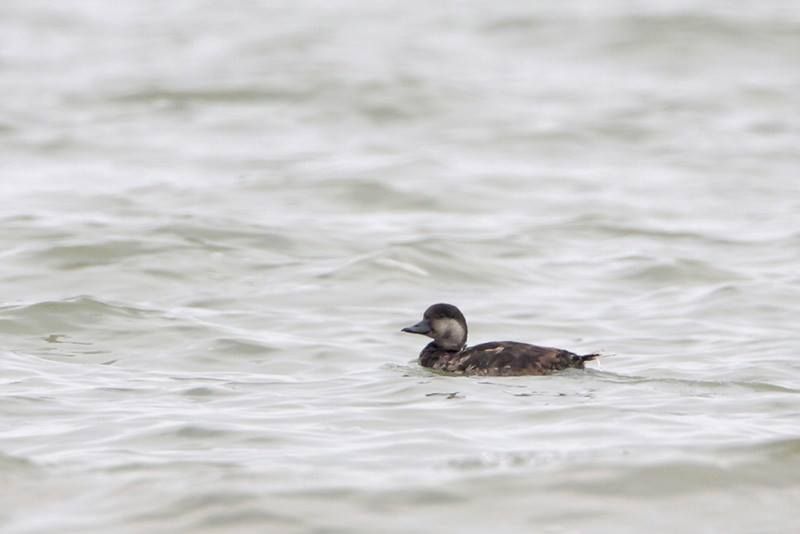