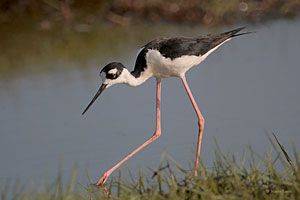 Seasonal Occurrence: Common spring through fall; uncommon in winter. Breeds in our area.

Notes by Susan Billetdeaux: Black-necked Stilts are among the easiest birds to identify with their striking black and white plumage and spindly, red legs. Females and juveniles may be distinguished from males by their dark brownish backs. In spring and summer Black-necked Stilts are common at Bolivar Flats, Anahuac NWR and Brazoria NWR. Brazos Bend State Park is a good inland location to look for them. Black-necked Stilts build their nests on the ground, close to water. Sometimes they nest in small colonies. During breeding season, their loud kek, kek, kek calls are a common wetlands sound. Black-necked Stilts feed in shallow water, snapping or swiping with their bills at worms, insects, mollusks, shrimp and small fish.

Profile by Will McDaniel: The Black-necked Stilt is a medium-sized shorebird with a thin, oblong 13-14 inch body suspended on a pair of comically long pink legs, with black upperparts and wings, white underparts and ‘eyebrows’, and dark red eyes. Their eponymous ‘stilts’ notably represent the second longest legs in relation to body size among birds, surpassed only by the flamingo. During breeding season, males can be distinguished by a greenish sheen to their darker plumage, whereas females display a more brownish color. A resident of wetlands and estuaries, these birds can be seen delicately wading through pools of still water, using their long black beaks to probe the mud for aquatic insects and crustaceans.

Though populations elsewhere in United States migrate to Central and South America for the winter, the Black-necked Stilt can be found on the Texas coast year-round, where they are usually seen in pairs. During the spring, Stilts will nest in colonies near the shores of lakes or other bodies of water, building their nest on bare ground rather than relying on concealment. Dutiful parents, both males and females take turns incubating the nest, dipping their belly feathers in water to keep the eggs cool on hot days.

When a predator approaches the nest, one of the parents will execute the classic ‘broken-wing’ maneuver popular among other shorebirds such as plovers, in which they will pretend to be sick or injured in order to lure the predator away from the nest before escaping. Colonies of Black-necked Stilts will also attempt to scare away predators by jumping up and down en-masse, flapping their wings and causing a great ruckus in what is sometimes referred to as the ‘popcorn’ display due to its resemblance to popping kernels. 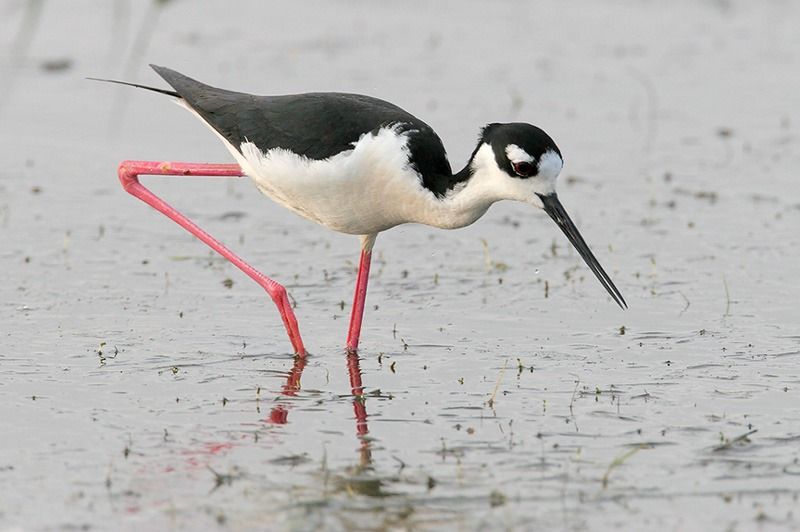 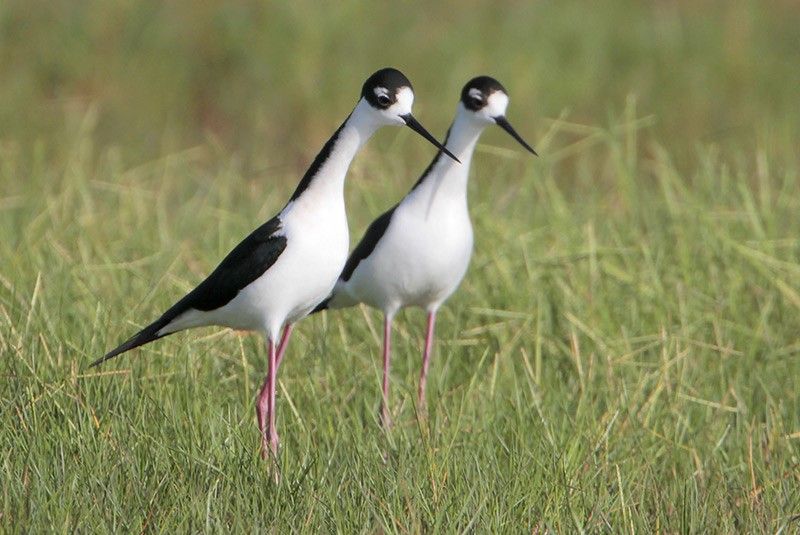 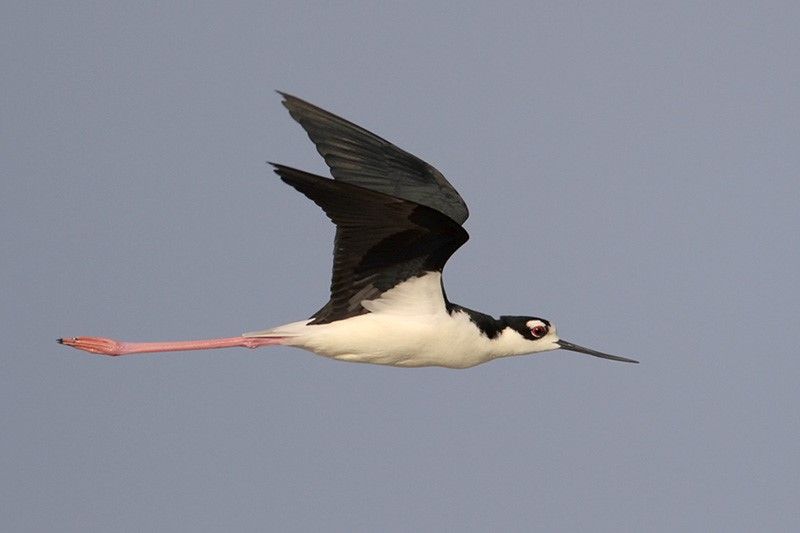