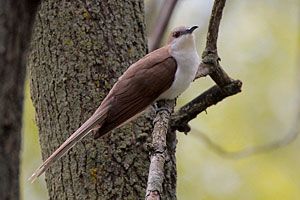 Black-billed Cuckoos pass through the Upper Texas Coast during migration on their way to breeding grounds further north. They are often difficult to find because they are secretive and rarely vocalize outside of their breeding territory. Some Black-billed Cuckoos, as well as their Yellow-billed cousins, are starting to pass through during the spring migration, so come on down to Houston Audubon’s High Island Sanctuaries to look for one!

Comments by Don Verser: If juvenile without red orbital ring, note smaller less contrasting undertail spots and amount of rufous in primaries in addition to all black bill. 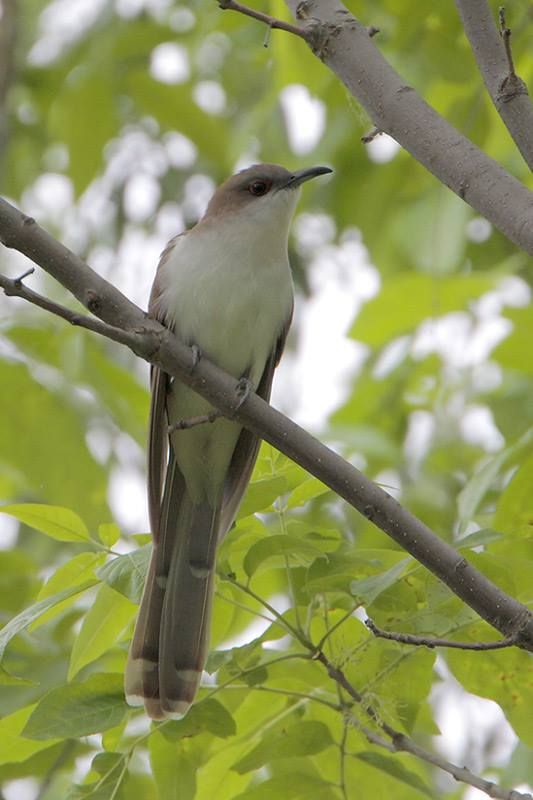 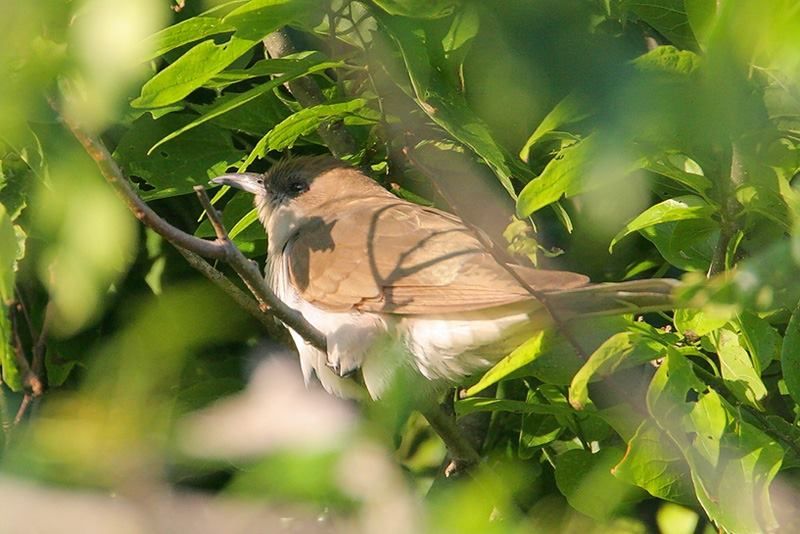 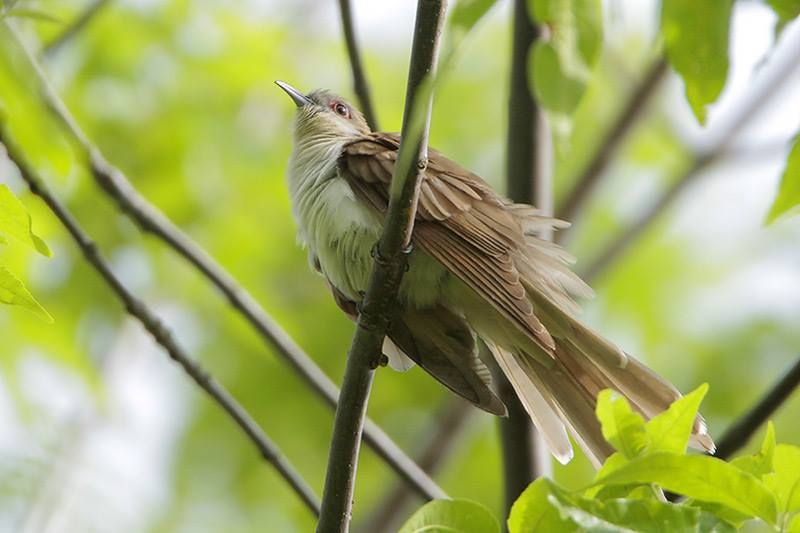