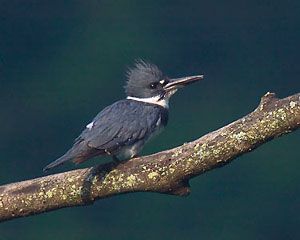 Seasonal Occurrence: Common October through April. Less common in other months. Breeds in our area.

Profile by Azure Bevington:  Belted Kingfishers can often be seen foraging along water bodies throughout North America. They are resident in the the continental United States, expanding their range into Canada in the summer to breed. They are also known to winter in Mexico and Central America, where they overlap with the more southerly Green and Ringed Kingfishers.

These medium sized birds are often conspicuously perched on branches or power lines and are easily distinguished by their large head, distinct shaggy crest, and long stout bill. Belted Kingfishers are 13 inches long on average and have a gray-blue head, back, and stripe across the upper breast. Both sexes also have a pronounced white collar, and a white belly. Females can be distinguished by the chestnut stripe across the lower breast, while the males are plain white underneath. Juveniles of both sexes can have chestnut coloring on the breast and belly.

Belted Kingfishers often make a long harsh rattling call as they fly by, and can often be heard before they are seen. When not perched, they can also be seen hovering in search of prey, just before diving headfirst to catch small aquatic organisms. Their diet consists of mainly fish, crustaceans, and aquatic insects, although there are reports of them eating terrestrial prey and even berries.

Both the males and females incubate the eggs and care for the chicks in nests built into the sides of steep dirt banks, often near water. The pair will dig a 3 to 6 ft long tunnel that slopes upwards, and then lay 5-8 eggs, which will hatch after 22-24 days

We often see Belted Kingfishers perched along power lines on HWY 87 on Bolivar Peninsula or flying over Claybottom Pond at Smith Oaks Sanctuary in High Island, so please come down and see if you can spot a few of these distinct birds! 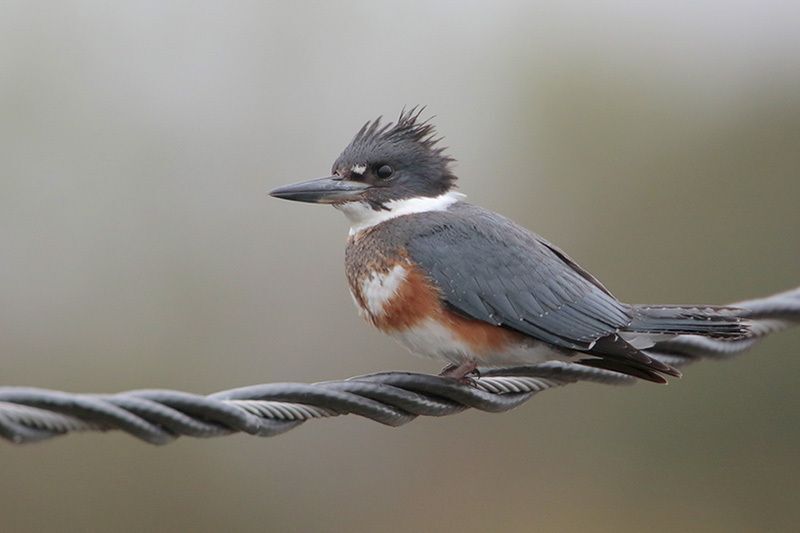 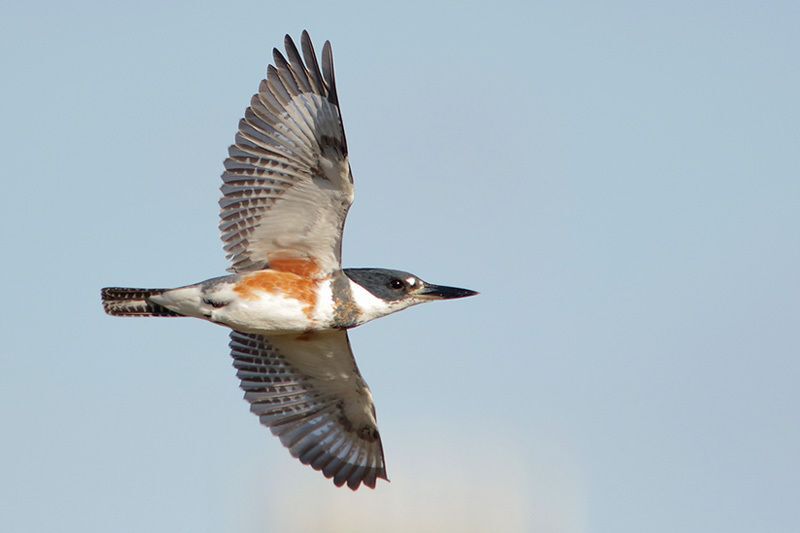 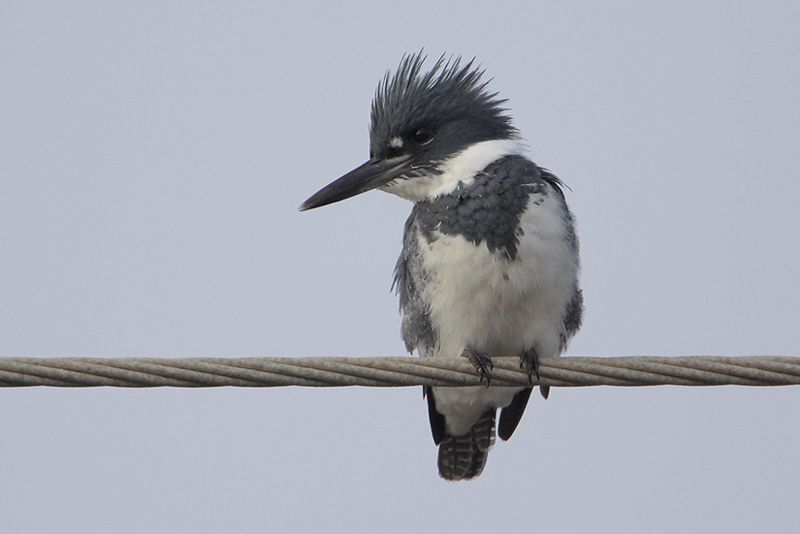 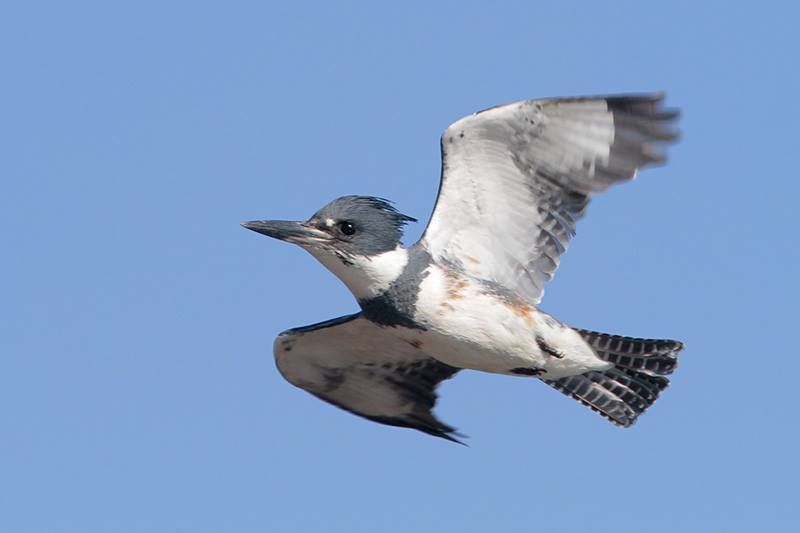