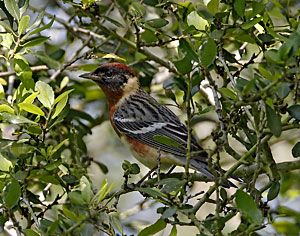 Notes by Susan Billetdeaux: The male Bay-breasted Warbler has a black face with chestnut throat and side plumage. Females, fall adults, and immatures are much duller and lack strong color patterns. Both sexes have white wingbars. Bay-breasted Warblers tend to forage in the middle of trees. They are among the earliest warblers to migrate south in the fall. Bay-breasted Warblers breed in the northern spruce forests of Canada. Populations have been in decline over the past 20 years. Possible causes are lack of winter habitat and spraying to reduce caterpilllars, particularly the bud spruce worm in Canada

Comments by Don Verser: In the fall, birds look very different than they do in the spring. The bay color on sides may be very reduced and the upperparts are greenish. 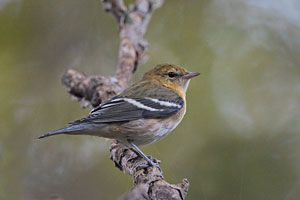 Profile by Glenn Olsen: The male Bay-breasted Warbler is one of the most beautiful warblers we have even though the colors are not as electrifying as in some birds. The beauty lies in the exquisite subtleness of the colors.

In breeding (alternate) plumage the male's rich chestnut-colored crown, throat, breast, sides, and black face distinguish it from all other warblers. The back is grayish with a few black streaks and two whitish wing bars. This combination of chestnut and black is linked to the name. The term "bay" refers to a color in horses where the animal has a reddish-brown colored body and black on other parts. Our bird has a similar pattern.

Interestingly, the species name is the word for the genus of the North American chestnut tree (Castanea dentata) where chestnut refers to the medium, reddish-brown color of the tree's seed.

The genus name derives from Greek and means moth eater. Not surprisingly, during breeding season, our bird feeds primarily on the eastern spruce budworm (Choristoneura fumiferana), a species of moth found in the northern spruce forests (Picea sp) of Canada where about 90% of these warblers breed.

Females often present a nice challenge for identification since they, like many female warblers, lack the noticeable colors of the males. Their colors range from creamy, buffy underparts with a faint hint of chestnut color along the sides to no chestnut. They can appear quite similar to young and fall Blackpoll Warblers and to young and fall Pine Warblers.

The best time to see this understated but gorgeous warbler is during spring migration, from mid-April to mid-May. Fall migrants are rare. In spring they depart their winter range of southern Central America and northern South America, with most migrating across the gulf.

Prime locations to find the Bay-breasted Warbler and other wood warblers in spring migration are the sanctuaries at High Island and Galveston, Brazos Bend State Park, and other sites where there are large oaks and other trees that create habitat for them.

Profile by Sarah Lefoley: When in doubt...look at the feet? Or at least that’s what you do when you are in doubt as to whether you are looking at a non-breeding female/young Bay-breasted or a Blackpoll warbler. Because these two can look very similar, biologists will use the distinctive blue-grey color of the soles to confirm the identities of Bay-breasted Warblers. Adult breeding males are dark grey on the top, with a white/cream-colored underside, and nape, white wingbars, and a reddish-brown crown, throat, and flanks. Adult breeding female Bay-breasted Warblers are less dark and have just a wash of the chestnut coloring. 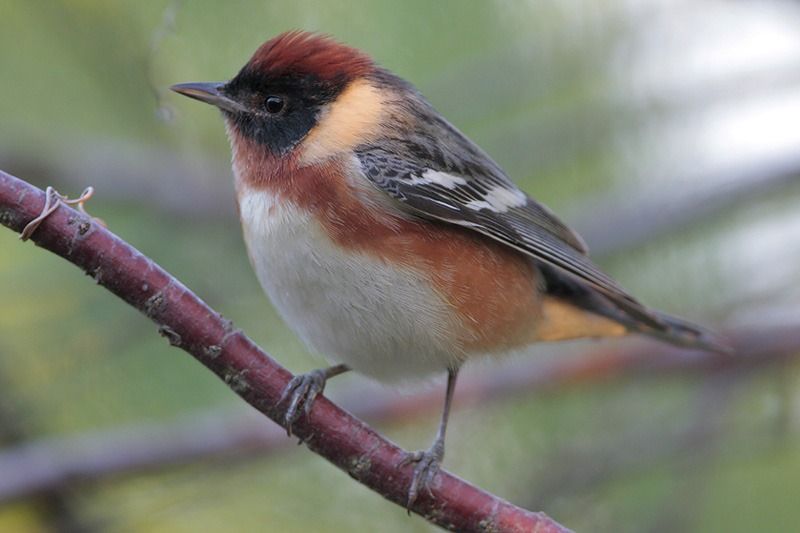 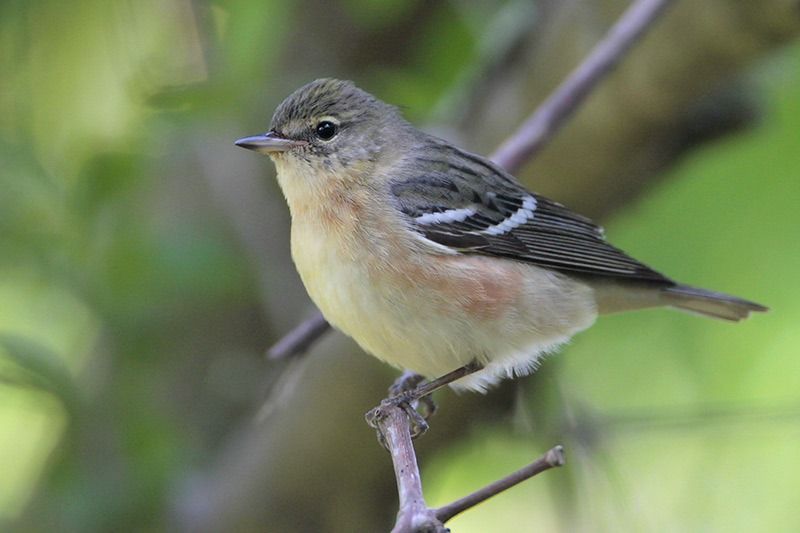 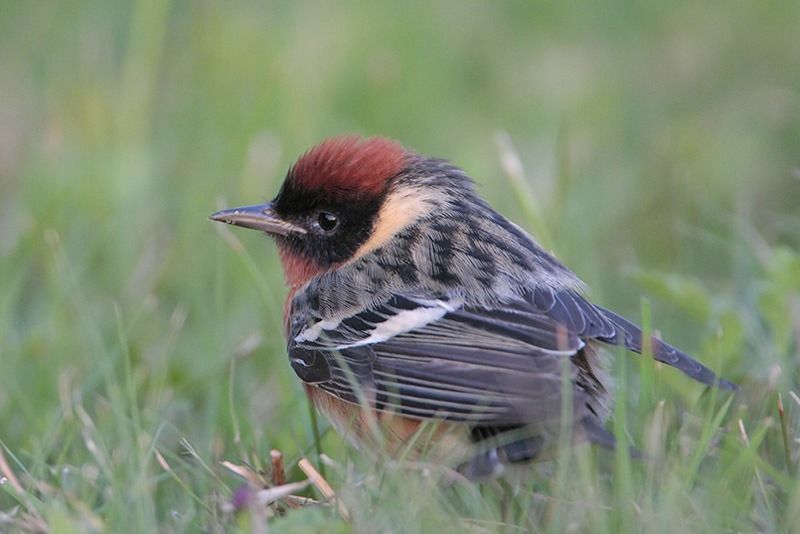