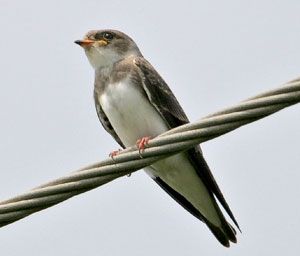 Profile by Bryce Loschen: The smallest of the North American swallows, Bank Swallows are often found in flocks chasing after insects over open water. Bank Swallows are brown above with dark underwings and a white belly. They have relatively short pointed wings and a long, slender tail with a slight fork. Bank Swallows have a distinct brown breast band and a white chin, which are good characteristics to separate them from the similar looking Northern Rough-winged Swallow.

Look for Bank Swallows swooping over low, open areas, especially open water, chasing insects. Bank Swallows eat almost exclusively insects, which they catch in flight anywhere from close to the ground to over 50 feet in the air. They often feed in flocks, which can include both Bank Swallows and other swallows. Bank Swallows primarily nest in the northern half of the United States and Canada. They are colony nesters, and colonies of up to 2,000 birds will build nesting burrows in vertical cliffs or, as their name suggests, in banks of lakes and rivers. Bank Swallows have increasingly begun to nest in man-made sites, such as sand and gravel quarries.

Bank Swallows are one of the most widely distributed birds in the world, and can be found on every continent except Australia and Antarctica. Here in Texas, small numbers of Bank Swallows breed in the south and central part of the state, but the species is primarily a pass through migrant during the spring and fall. Bank Swallows typically migrate later than other swallows in the spring, with peak numbers passing through the state in April and May. 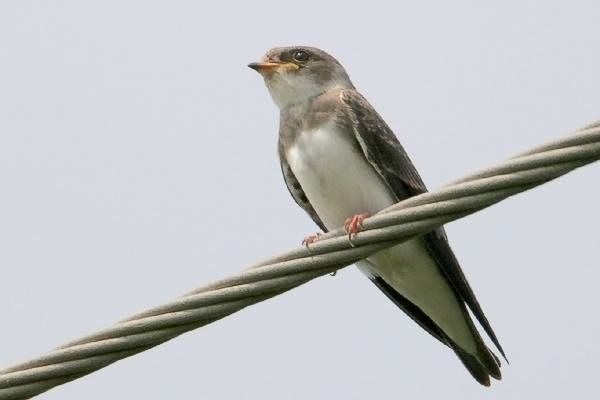 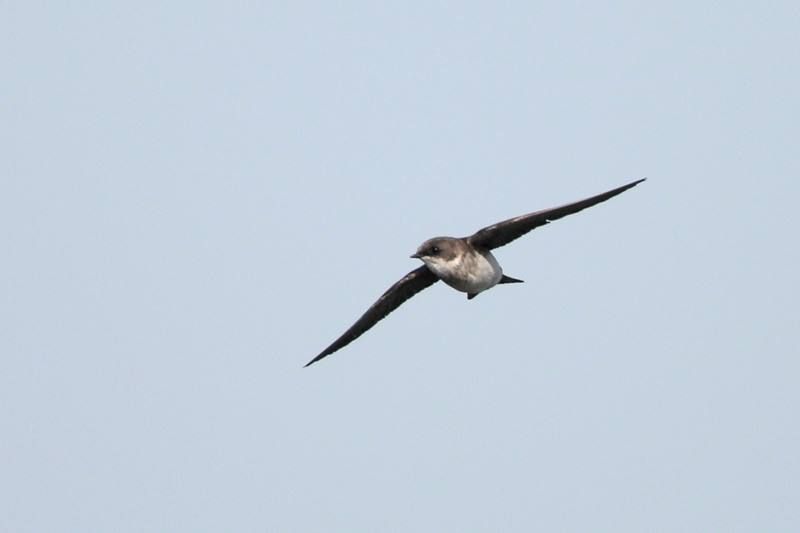 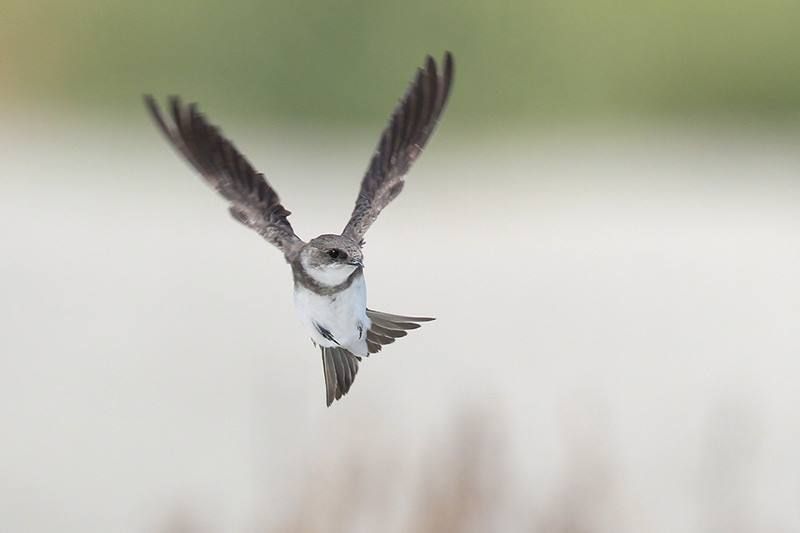