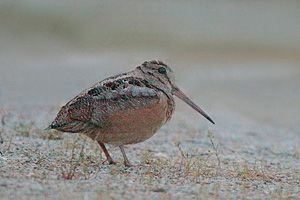 Notes by Susan Billetdeaux: At first glance the American Woodcock doesn't look much like a shorebird, but it is, in fact, closely related to snipes and dowitchers. It is very secretive and forages during the night for earthworms, using its long bill as a probing tool. The American Woodcock is famous for its spectacular nocturnal courtship displays, where the male performs an aerial dance while emitting a musical twittering. Call: a nasal pzeent. Best months to look for the American Woodcock in Houston are December and January. Males may be displaying at this time. Occasionally American Woodcocks have been found in Memorial Park during the Buffalo Bayou Christmas Count. In the winters of 2005 and 2006 woodcocks have been in Bear Creek Park.

Profile by Wyatt Egelhoff: Unlike most other North American shorebirds, the American Woodcock is most often found in deciduous or mixed forest/woodlots. This species is often nocturnal, roosting on the ground amongst leaf litter where they are usually incredibly difficult to see. In these situations, Woodcocks are usually detected after being flushed. Often described as “footballs with wings”, Woodcocks have a rather chunky, oval body shape, with rather short, rounded wings. The upperparts are a cryptic combination of buffy orange, gray, and blackish patterns which afford them excellent camouflage amongst decadent deciduous leaves. The underparts are a dull burnt-orange. Like many shorebirds, American Woodcocks sport long, relatively thin bills that allow them to probe the soil for invertebrates on which they feed. Woodcocks will often “commute” at dusk (especially in the winter) from their chosen roost within a patch of trees to agricultural fields where they can hunt for earthworms.

American Woodcocks are probably most well-known for their entertaining breeding behaviors, which include a nocturnal display flight in which birds will emit a loud “pzeent” call (similar to that of a Common Nighthawk) as well as a crescendo of twittery vocalizations. They also have a peculiar gait; strutting forward whilst keeping their head stationary, then bobbing their head forward in sync with their strutting. Part of the American Woodcock’s odd appearance is also due to the placement of their large eyes on either side of their head, which not only give them near 360-degree vision, but also allow them to look straight upward without craning their necks.

Within Texas, Woodcocks are most regularly encountered in the eastern third of the state, including the Coastal Plain during the winter months. Breeding occurs mostly in the Pineywoods of eastern Texas, with more irregular breeding records west to the Edwards Plateau. This includes more recent breeding records as far west as Burnet County (Balcones Canyonlands NWR). However, much of their breeding status within the state is poorly known as they are difficult to detect. Despite many annual summering records of the species in eastern Texas, relatively few confirmed nests have been noted. This species is typically found locally (primarily in the cooler months) in the Houston area and at Houston Audubon’s High Island sanctuaries (particularly Smith Oaks). The main Old Mexico Road entrance to Smith Oaks is an especially good place to hear them displaying from about January through April. Despite a handful of credible summer reports of the species in High Island, breeding has never been confirmed. The species seems to become more common on the Coastal Plain during drier winters, evidently causing more birds to move south from their breeding quarters in the Pineywoods of eastern Texas (and elsewhere in the eastern US) into the immediate Gulf Coast. 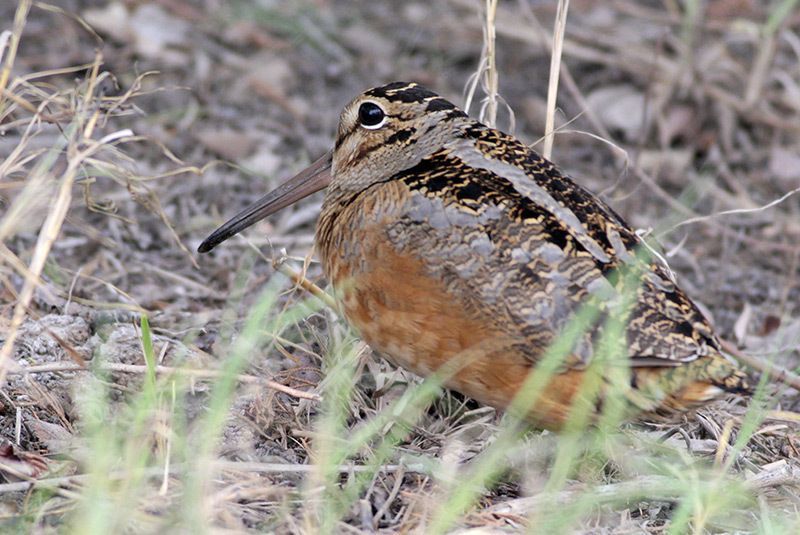 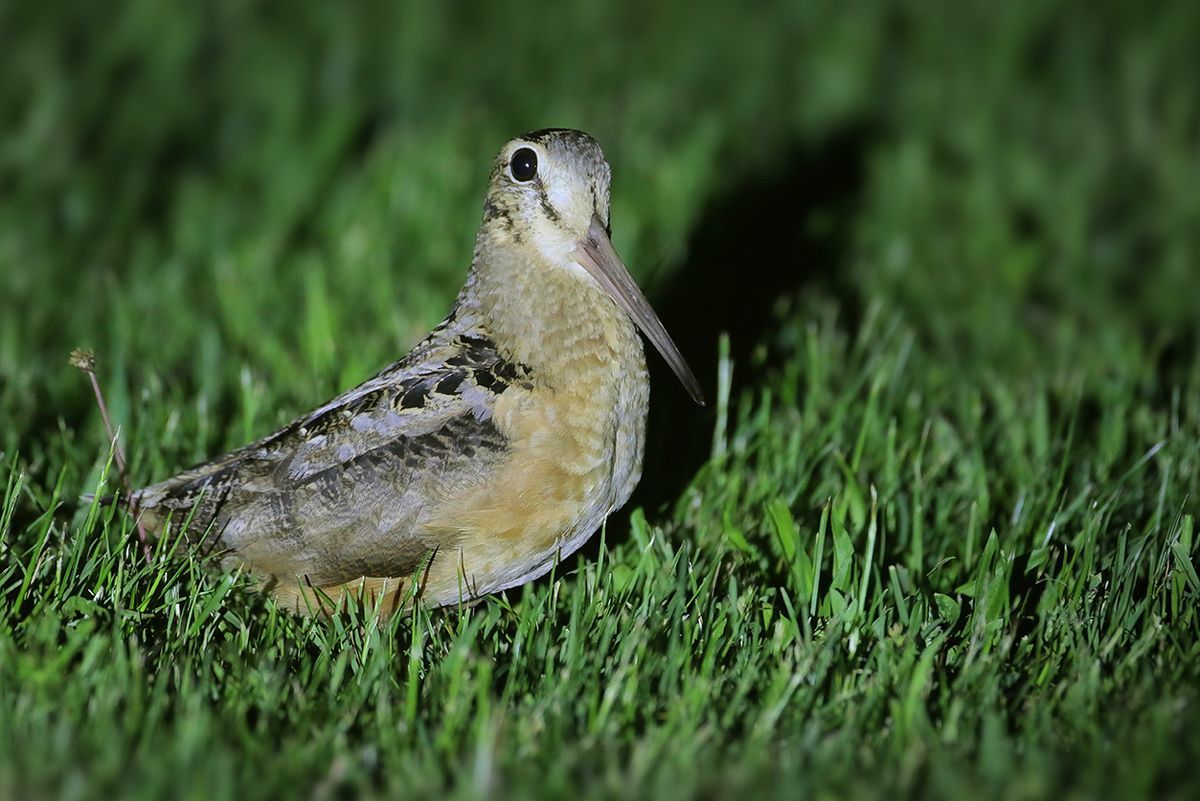 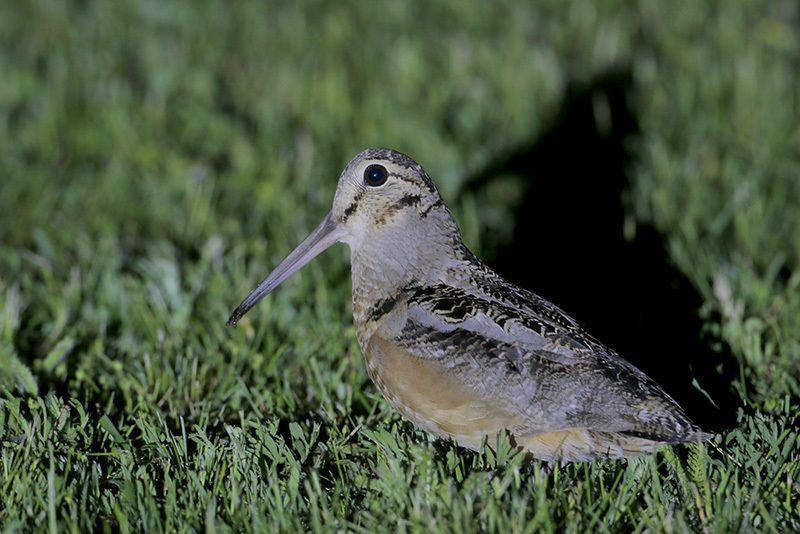 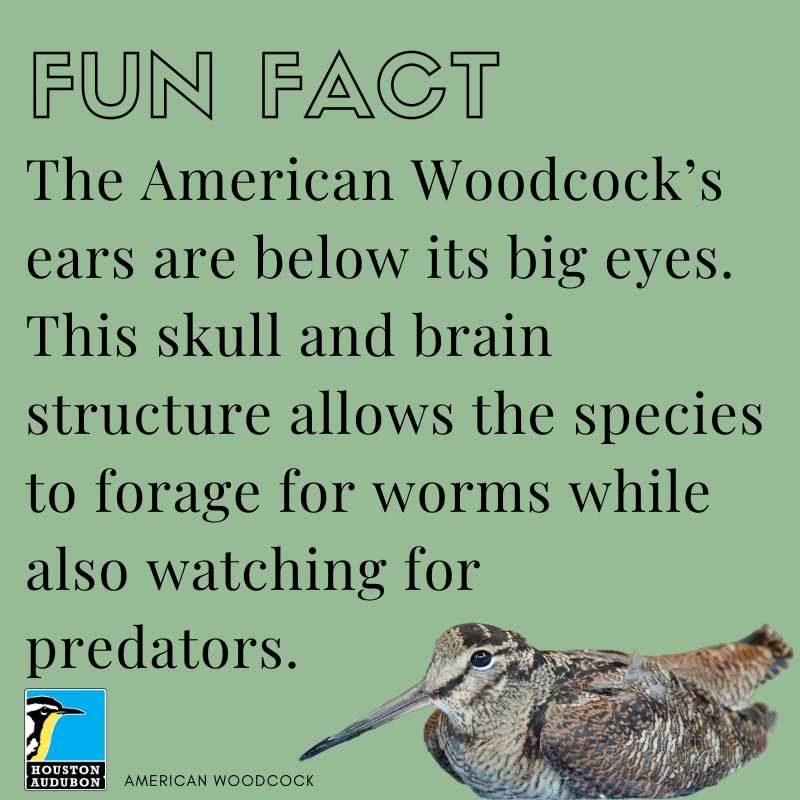 Additional Fun Fact: the American Woodcock is also known as the timberdoodle, the bogsucker, the hokumpoke, and the Labrador twister.