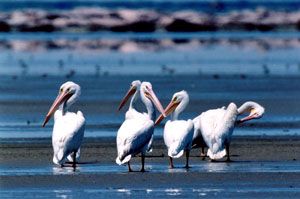 Seasonal Occurrence: Abundant fall through spring. Uncommon in the summer.

Notes: With an impressive 9 foot wingspan, the American White Pelican is one of the largest birds in North America. Adult American White Pelicans are snowy white with black flight feathers visible only when the wings are spread. The massive beak is yellow-orange as are the legs and feet. During the breeding season, adults grow a horn on the upper mandible near the tip of the bill.

American White Pelicans migrate here for the winter from northern breeding grounds often travelling in large flocks, sometimes flying long distances in V-formations. Winter residents are common in the southern half of the state, especially along the coast and on inland reservoirs in the northern half and Trans-Pecos region.

While the birds soar gracefully in the air, they are awkward on land. John James Audubon observed, "Clumsily do they rise on their columnar legs, and heavily waddle to the water. But now, how changed do they seem! Lightly do they float, as they marshal themselves, and extend their line, and now their broad paddle-like feet propel them onwards." American White Pelicans do not dive from the air for fish like Brown Pelicans; they forage by swimming on the surface, dipping their bills to scoop up fish, then raising their bills to drain water and swallow their prey. Groups of pelicans will feed cooperatively, working together to herd fish into the shallows for highly efficient, synchronized, bill-dipping feasts.

American White Pelicans can be found on coastal bays, inlets, estuaries, and sloughs where they can forage in shallow water and rest on exposed spots like sandbars. The Bolivar Flats Shorebird Sanctuary, Archbishop Joseph A. Fiorenza Park, and Arthur Storey Park are great places to observe these majestic birds this winter. 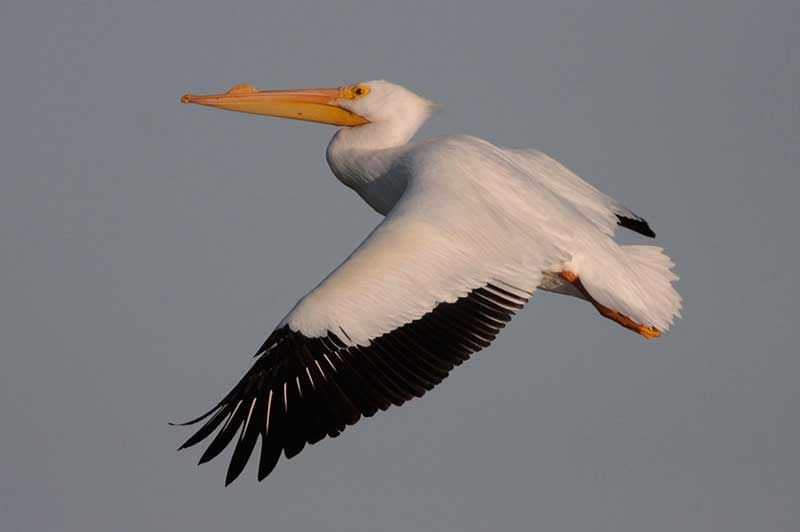 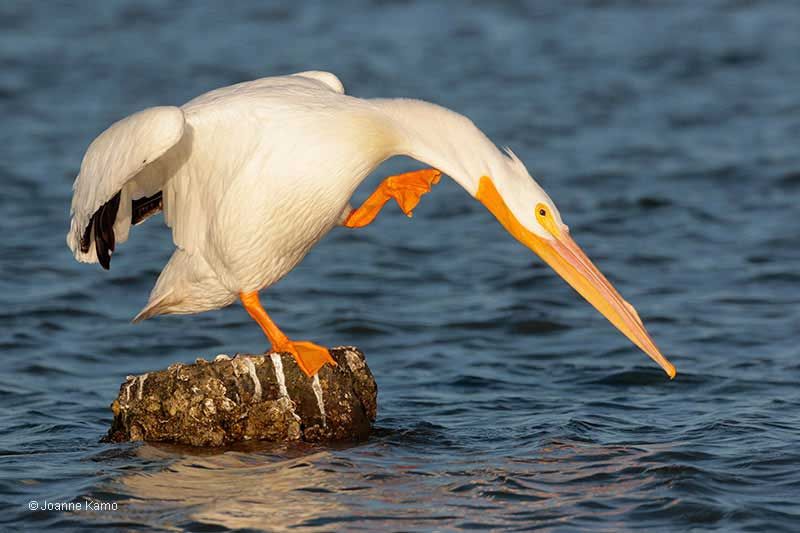 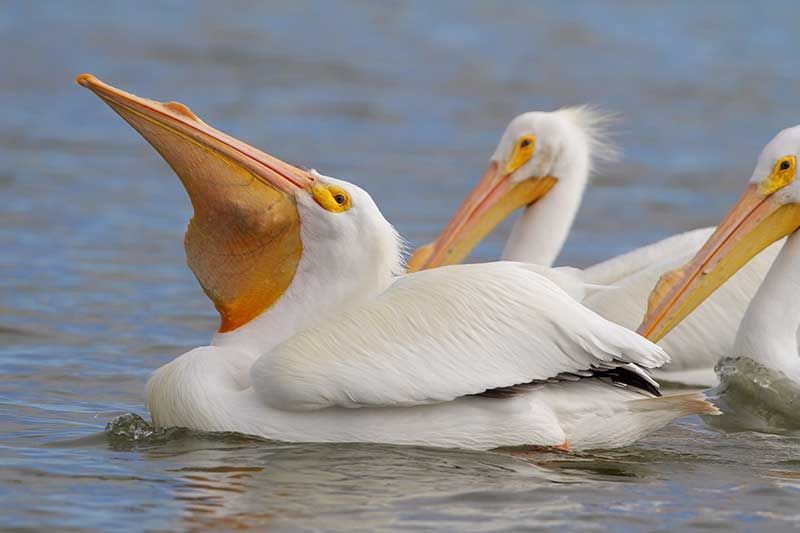 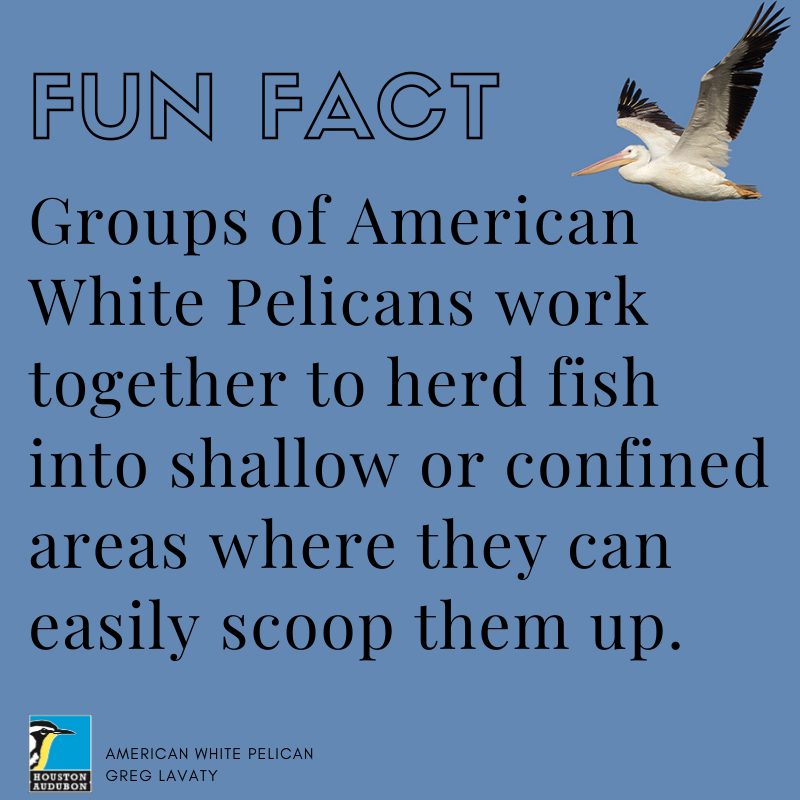