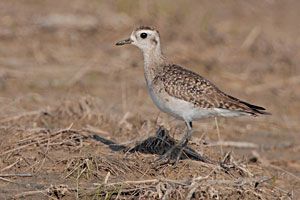 Notes by Susan Billetdeaux: American Golden-Plovers are most common on the Upper Texas Coast in the spring. They are rare in the fall with occasional individuals occurring in the winter. Breeding plumaged birds, striking in bold black, gold and white, are not seen on the Upper Texas Coast. American Golden-Plovers have one of the longest known migratory routes -- over 20,000 miles! They breed in the Arctic tundra and winter in southern South America. Large numbers were shot in the late 19th century and the population has never fully recovered.

Profile by Averi Lohman: The American Golden-Plover is a very unassuming bird this time of year. Its plumage is a brown-gray color with some darker brown spots and gray ‘armpits’ on the underside of its wings. When it arrives at its breeding grounds in the Arctic, the American Golden-Plover’s plumage has transformed drastically. Its face and underside turn black, and its back becomes mottled with black, white, and yellow.

These birds have one of the largest migration distances, flying upwards of 20,000 miles from their breeding grounds in the Arctic to their wintering grounds in South America. American Golden-Plovers prefer to feed in farm fields and grasslands, so they are less common along shorelines where their cousin the Black-bellied Plover lives. They feed on insects, small invertebrates, and seeds, using their thin beaks to pick up food and probe the dirt.

While American Golden-Plovers aren’t around here very long, their arrival is a herald of spring. When you drive by some of those massive fields Texas is known for, keep an eye out for these little plovers foraging in the grasses. 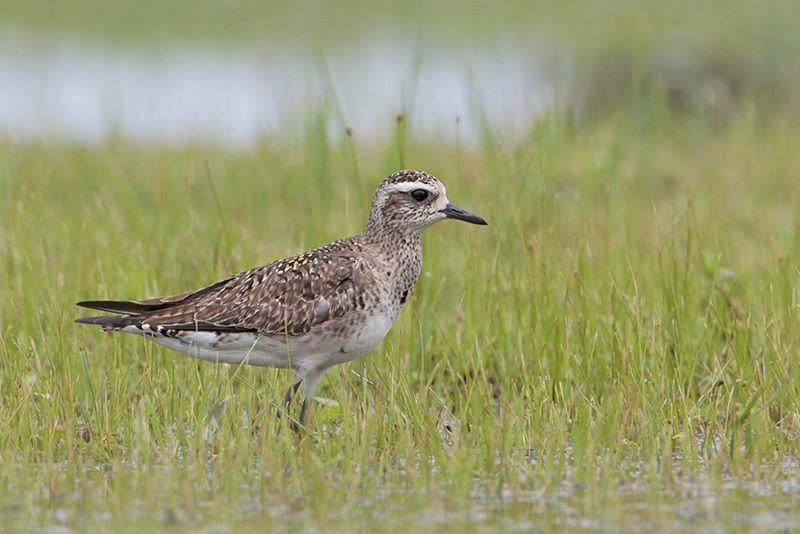 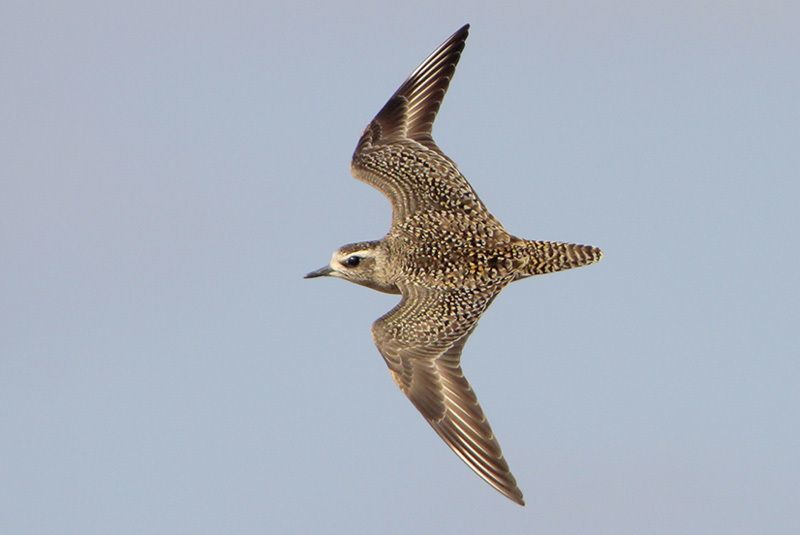 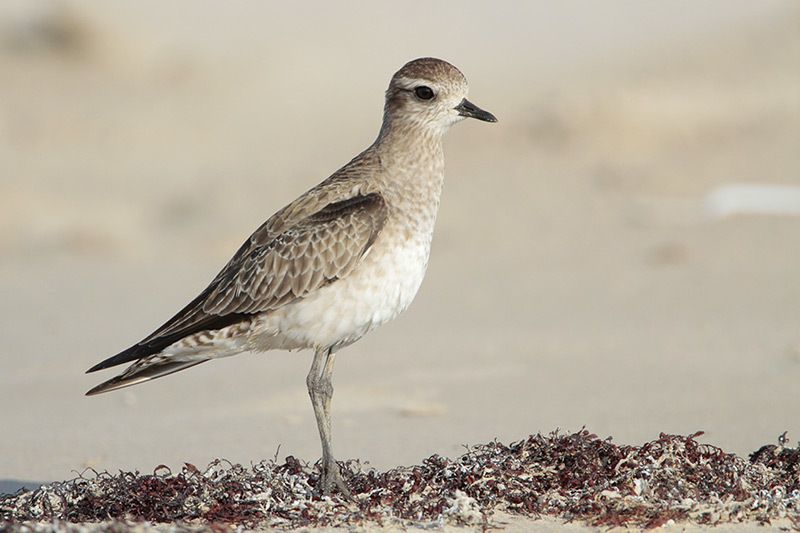