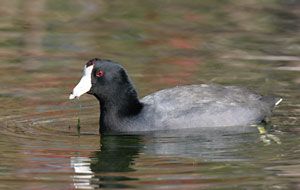 Seasonal Occurrence: Common throughout the year.

Notes by Susan Billetdeaux: Robert McFarlane's photo points out 2 unusual characteristics of American Coots: their red eyes and fondness for plants. There are relatively few species who rely primarily on plant materials for food. American Coots may look like ducks when they're seen on water, but they have lobed rather than webbed feet. Males and females look alike. The young look truly bizarre, with bald bright red heads and scruffy rufous feathers on their necks. Immatures are dull gray rather than black. American Coots may be found on almost any body of water in our region. In winter they become particularly common, when their numbers are increased by migrating coots from the north.

Profile by Averi Lohman: The American Coot is probably one of the goofiest birds you can see in the United States. This duck-like bird, just a bit smaller than a mallard, has a peculiar habit of bobbing its head forward as it swims, almost as if trying to scooch itself across the water. Its most notable feature is its white bill that strongly contrasts its mostly black plumage, though its usually hidden bright green legs are a close second. Even its chicks are goofy looking with their bald, red heads. As a forager of marshes, the American Coot excels at walking on reeds and grasses but has to work hard to become airborne. It can often be seen flapping and running on water instead of taking off completely. Despite the difficulty in getting airborne, it is a migratory bird that can cover hundreds of miles between breeding and wintering grounds.

The American Coot can be found just about anywhere with shallow water and aquatic vegetation, whether that be a beautiful wetland or a small sewage pond. During the breeding season, the American Coot becomes more selective with its habitat and prefers areas with heavy stands of aquatic vegetation with slightly deeper standing water inside the stands. To navigate these stands, the coot has large, lobed feet that aid in walking on plants and swimming. Close relatives to the American Coot, such as the Common and Purple Gallinules, lack these unique lobes.

While the American Coot feeds primarily on aquatic vegetation like duckweed and waterlilies, it will feed on insects and small vertebrates if the opportunity arises. This bird generally feeds in a jerky manner, plucking at plants, dabbling, and even diving at times. Coots seem to be in a constant state of motion when foraging. The next time you find yourself out at a weedy marsh or swamp, look for these funny, plump birds bobbing their way to their next meal. 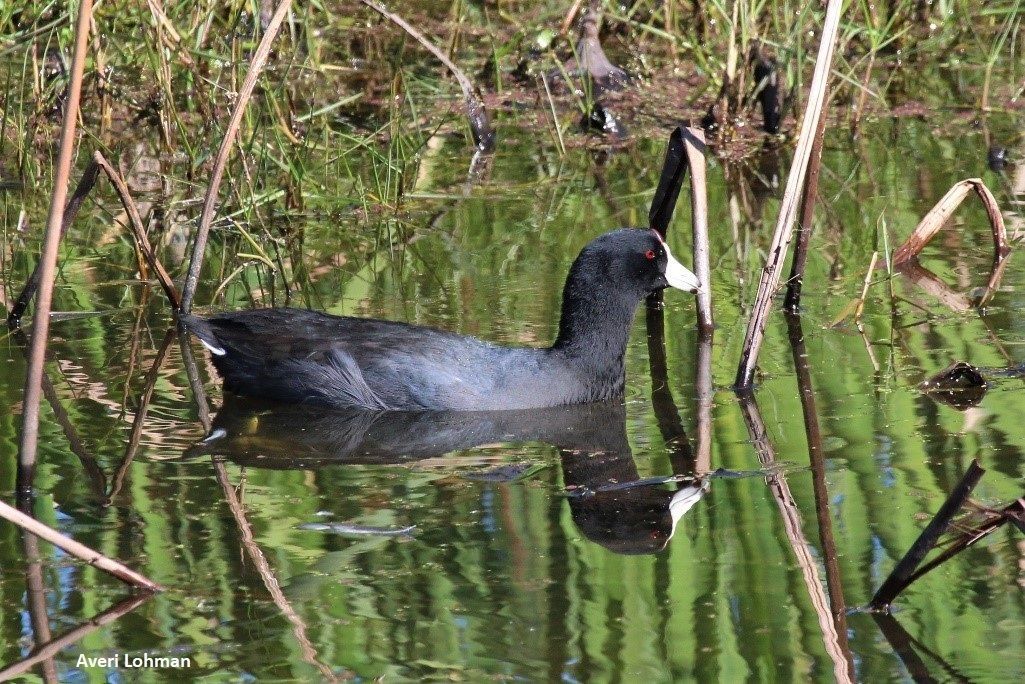 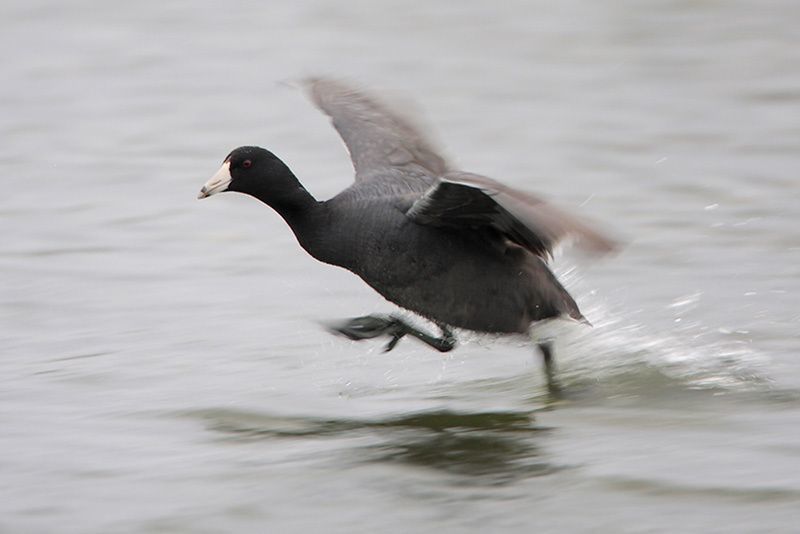 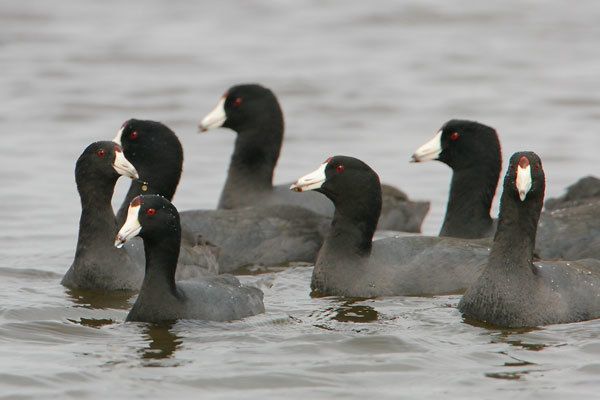 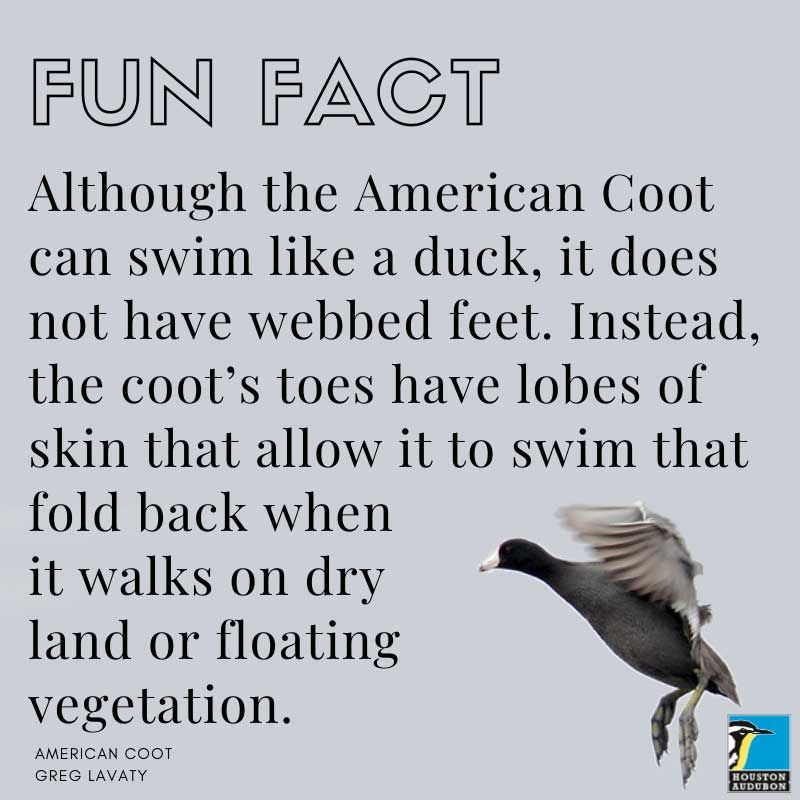