Upcoming Survey: To be determined 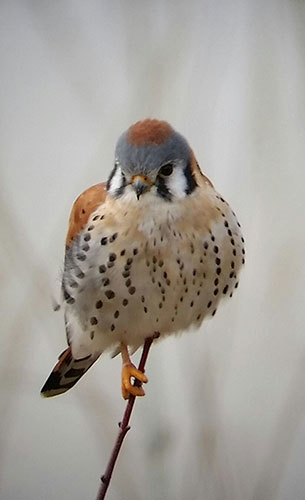 We had 47 species plus 2 other taxa that we could not ID down to the species level this month. We had some great looks at Red-shouldered Hawks and the sun glowed on 2 Caracaras as they flew overhead. But the biggest surprise of the day was a flock of about 70 American Pipits on the East side! Also, as we were finishing up our combined list, we had some great looks at a handsome Blue-headed Vireo in the Live Oak above us, reminding us that spring is on the way. A very special thanks to David Crabtree & Mark Meyer who joined me in leading the individual survey area groups. Many thanks also to everyone who was able to help with the survey this month: Cristina Anderson, Siddharth & Vasudha Bharadwaj, Rich Boettler, Ben Cowan, Mike Davis, Scott Elder, Noreen Hoard, Bill Holden, Michael Honel, Debbie Lancaster, Jean McWeeny, Ray Mora, Arden Peterson, Dolores Peterson, Melinda Pumpelly, Katherine Swarts, Margaret Swarts, Sherri & Ian Taxman, Peter Tsan, Michael V. and Liz Zivley.

The Willow Waterhole Bird Survey was started in June 2007 and is held on the third Saturday of each month (but no survey in December). During the 2-hour count, the number of species identified can range from around 30 in the summer to over 50 in the winter.

The survey begins in the parking lot of the Gathering Place at 5310 South Willow Drive. Our start time is 8 AM during the cooler months (October through March) and 7 AM during our extended summer (April through September). We split up into three groups to cover the park thoroughly, and as of 2020, over 210 species have been reported to eBird. For a list of species reported to date, see eBird: ebird.org/hotspot/L390915.

The Willow Waterhole Conservation Reserve is a retention pond project of the Harris County Flood Control District. Consisting of 6 ponds and 290 acres, the greenspace is an excellent birding area within the City of Houston and just outside the southwest corner of Loop 610.

The major part of the Willow Waterhole reserve is on the west side of South Post Oak Road, and that is where 5 of the 6 ponds are located. Good places to park for birding these ponds are on Ricecrest Street and on the Clematis Lane cul-de-sac off of Gasmer. Also, west of the parking lot at the Gathering Place on South Willow is a short trail to the partially unconcreted Willow Waterhole Bayou, which marks the northern boundary of the park. Another parking area is on the gravel road at the eastern end of Dryad Drive behind Westbury High School.

The remainder of the preserve is on property east of South Post Oak Road, bordered by Gasmer on the south and Warm Springs Road on the north. This is also where the endangered Texas Prairie Dawn flower (Hymenoxys texana) is located. Because the flower is an endangered species, the flood control district was required by law to return much of the surrounding acreage back to coastal prairie, including removal of non-native vegetation. Access to this property from the north is through a small gate at the south end of Windwood Drive (in the neighborhood), or all along Gasmer on the south side.