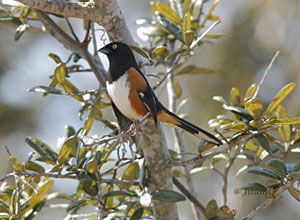 Notes by Susan Billetdeaux: Towhees are super-sized members of the sparrow family. Eastern Towhees are almost as large as robins, and their coloring is reminiscent of a robin. They are most likely seen on the ground scratching for insects among dead leaves. Females are similar to males, but the male's black upperparts are replaced with a soft brown. The Eastern Towhee is most likely seen in winter in our area, but is difficult to locate within Houston's city limits. In 2011 Eastern Towhee sightings were much more numerous in the spring at High Island. Although there have been no recent reports of Eastern Towhees breeding on the peninsula, suitable nesting habitat is now plentiful at High Island, and it is hoped that they may start breeding there.

This handsome bird has been spotted in Chambers, Harris, and Galveston Counties in winter 2020-21. Eastern Towhees winter in East Texas. You will often find them hopping around on the ground, and in shrubs looking for arthropods, snails, seeds, fruits, and soft, new leaves and buds. These birds are very methodical when foraging for food. They take their time looking for food, will scrape at the leaf litter, hop backwards, and then rush in to snatch their prey. Because they forage in shrubs and leaf litter on the ground, Eastern Towhees prefer habitat with dense undergrowth, and plenty of leaves, such as forest edges, and abandoned fields. They can also be found in the Appalachian Mountains at elevations below 6,000 feet.

Eastern Towhees are known to be a rather antisocial species. Towhees will often threaten other towhees who venture too close. Males will flash their white tail spots to scare off other males from their territories. They are just as unwelcoming to females as they are to males, at least at first. Male Eastern Towhees take a few days to warm up to females, eventually becoming inseparable companions. As the sole nest builders, female Eastern Towhees will build their nests in leaf litter on the ground. Sometimes, however, they will build their nests in vine tangles a few feet off of the ground. 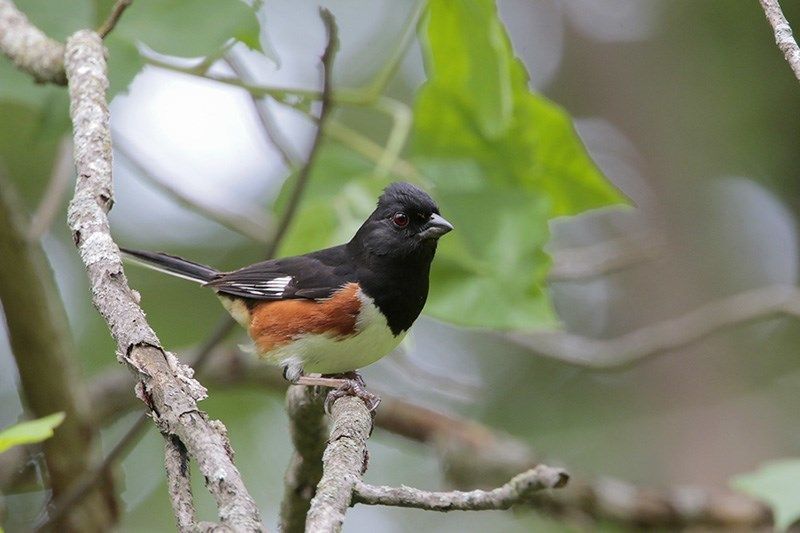 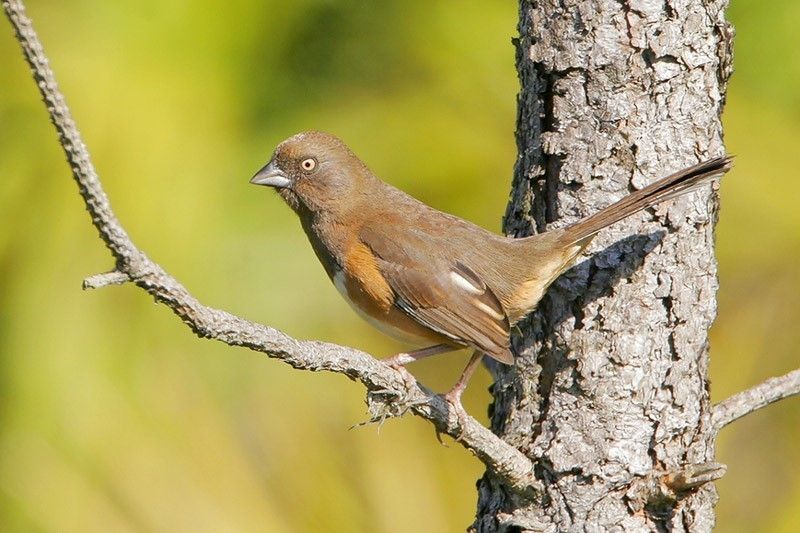 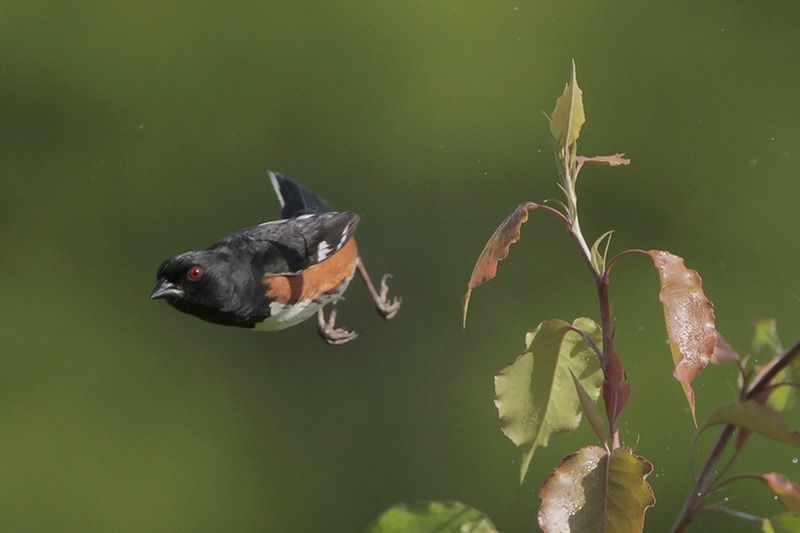