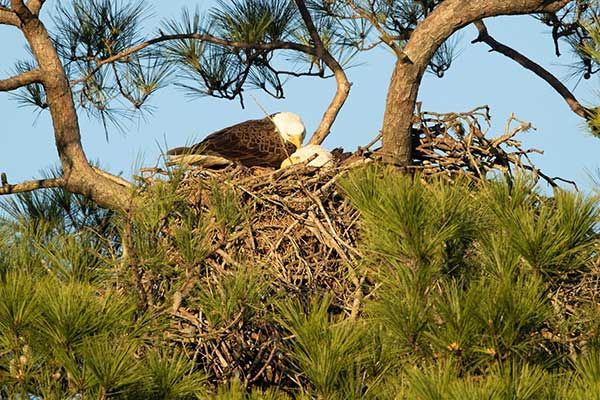 These Bald Eagle photos symbolize a caring relationship on Valentine's Day. They were taken at MacGregor Park by Trey Morris.

Trey reports "The property was previously owned by the city and came with the park and remained undeveloped. The University of Houston purchased it sometime ago for future expansion. We became aware of the pair last year, and we contacted the school to make them aware of the nest. I also requested, and was granted permission, to monitor and photograph them. This image is from January 24, 2020. Female on eggs with him rubbing on her. I have witnessed this and photographed similar from them in the nest before. He is very attentive to her."