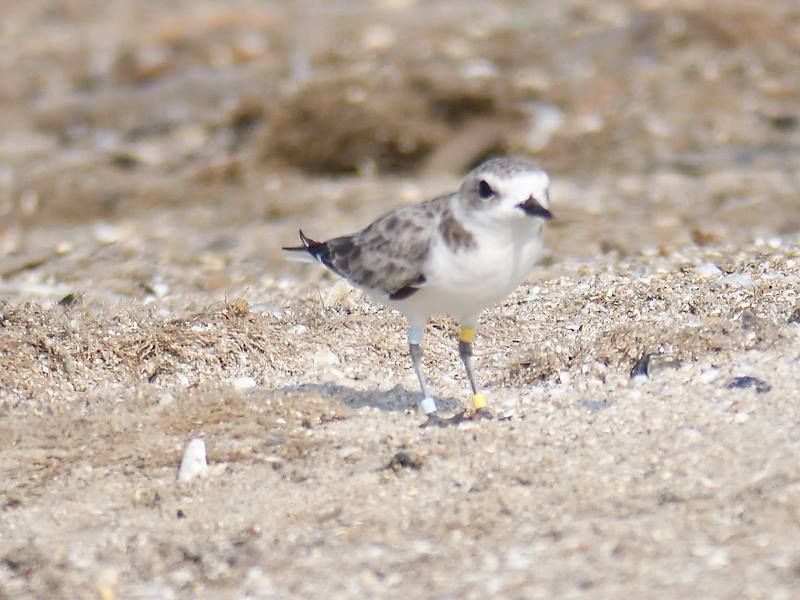 A banded Snowy Plover from Bon Secour National Wildlife Refuge in Alabama flew all the way to Texas and landed at the Bolivar Flats Shorebird Sanctuary on August 16 this year! Houston Audubon Society's Daniel Elting re-sighted it initially, followed by citizen scientist, Joseph Kennedy, on August 23.

It was a female that was banded in 2017 by American Bird Conservancy, U.S. Fish and Wildlife Service, Florida Fish and Wildlife Conservation Commission, and other volunteers. This year the female nested again at Bon Secour and fledged two chicks in early July! Shortly afterwards, she flew ~420 miles as the plover flies to Texas! That we know of, this was the furthest East-West movement of a Snowy Plover reported to the Bird Banding Lab to date!