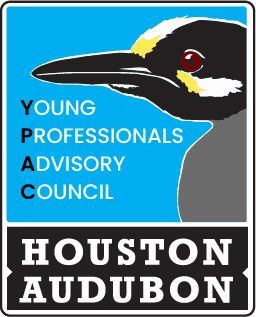 Congratulations to the winners of the 2022 Flock Together Photo Contest!

The Ibis with the secrets 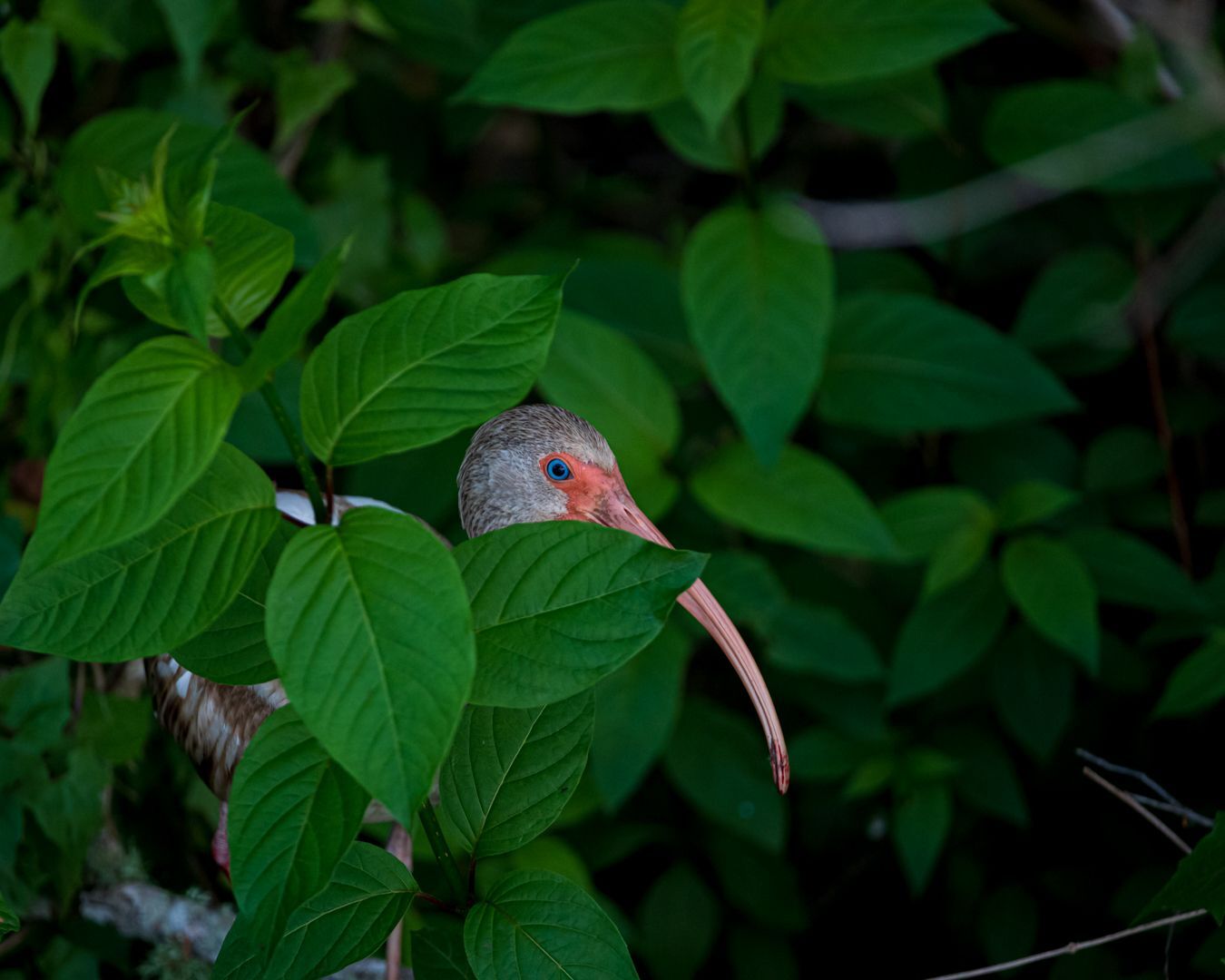 “I consider this achievement a step towards sharing birds with the world. Encouraging conservation through my bird photography has been my number one goal since I first started doing this. I hope that this picture can encourage others to get out there and learn not only about birds but also the importance of conserving our green spaces for all wildlife!” 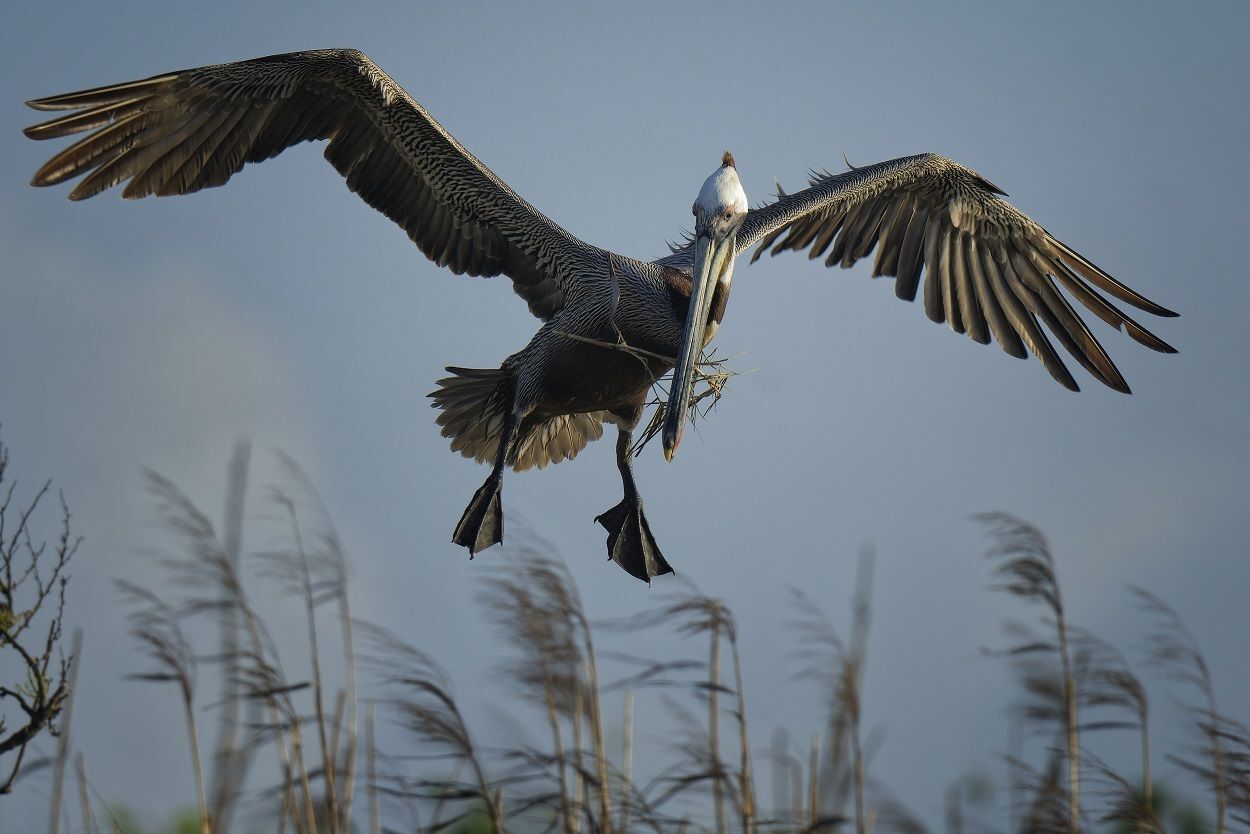 “I appreciate the recognition for something I just love to do. I hope the Flock Together Photo Contest will encourage others to experience the joys of nature and provide opportunities to capture some memories that can be shared with others.” 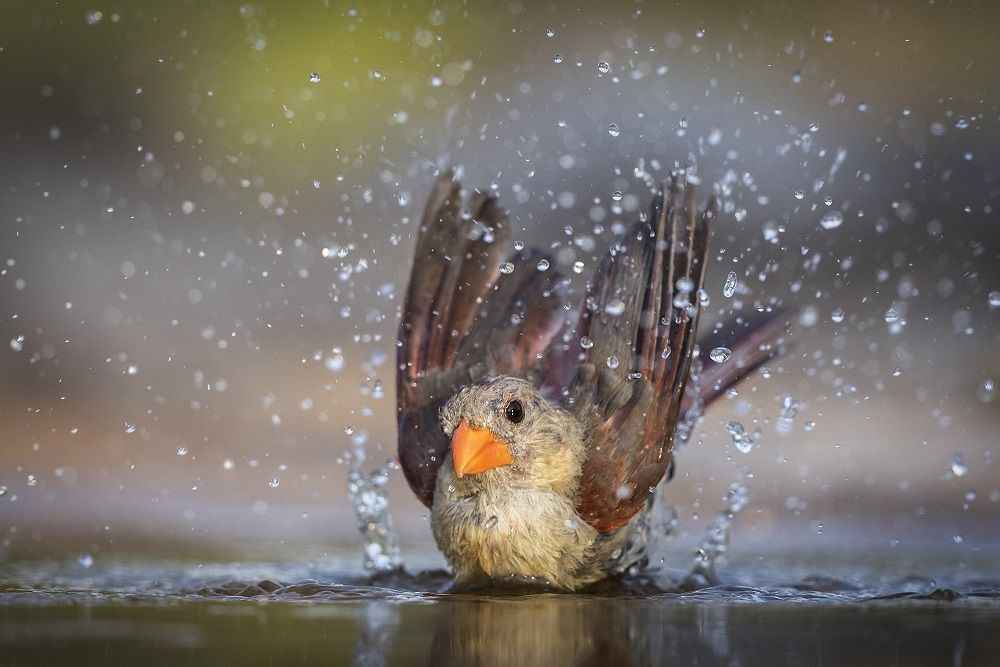 "Thank you so much for the honor! Spending the day watching this female Cardinal prance around in the water was a wonderful experience. She had such personality and I wanted to do my best to capture that in my camera!" 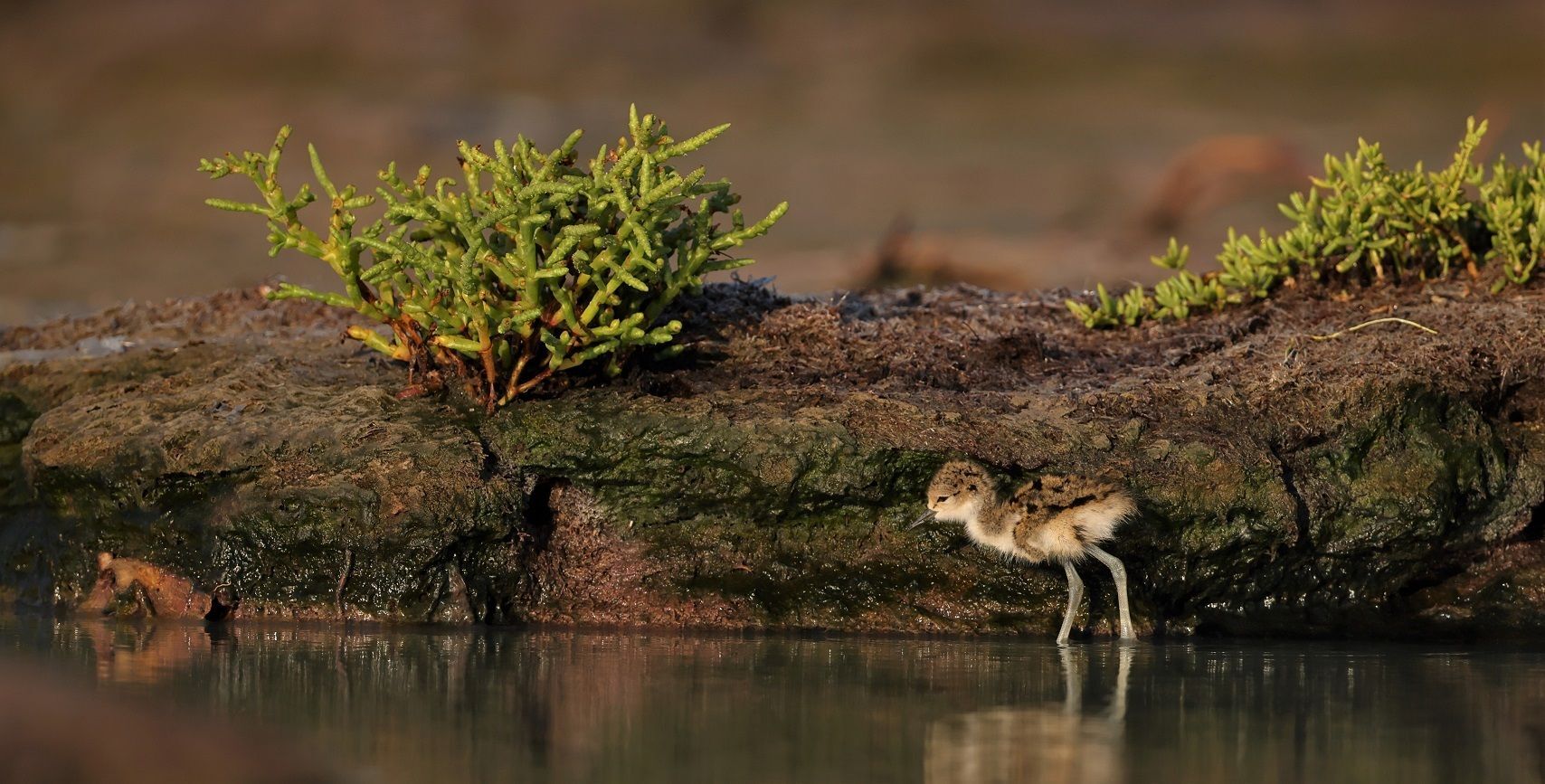 “I have acquired thousands of bird images and am still looking for that "one great shot". I have also seen hundreds of fantastic images online, including many taken by outstanding photographers who live here in the Houston area.   I was quite surprised and extremely pleased that my image was chosen as the "Small in Frame" category winner. Thanks very much for the recognition of my photo.”

Birds of All Feathers

Here are Owl My Feathers 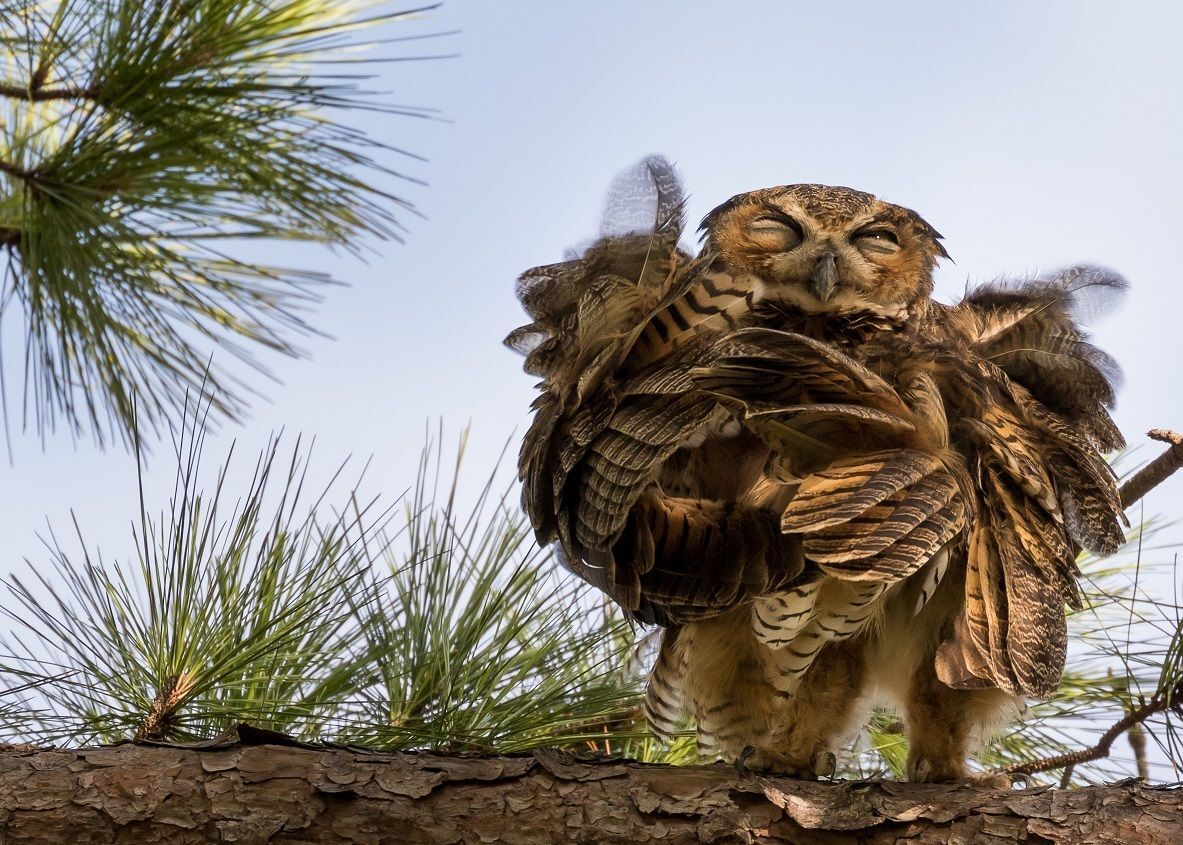 “I am honored to accept this award for the Birds of All Feathers category and would like to dedicate it to my mother as she has just arrived home from the hospital after back surgery and who (no pun) has encouraged and supported me in all my photographic endeavors. Special thanks to my subject for making such a grand display of owl his feathers in our backyard and to my daughter, Eliza, for suggesting that we refer to this owl as Owlexander the Great (Horned Owl).”

Snowy Egret in the bay 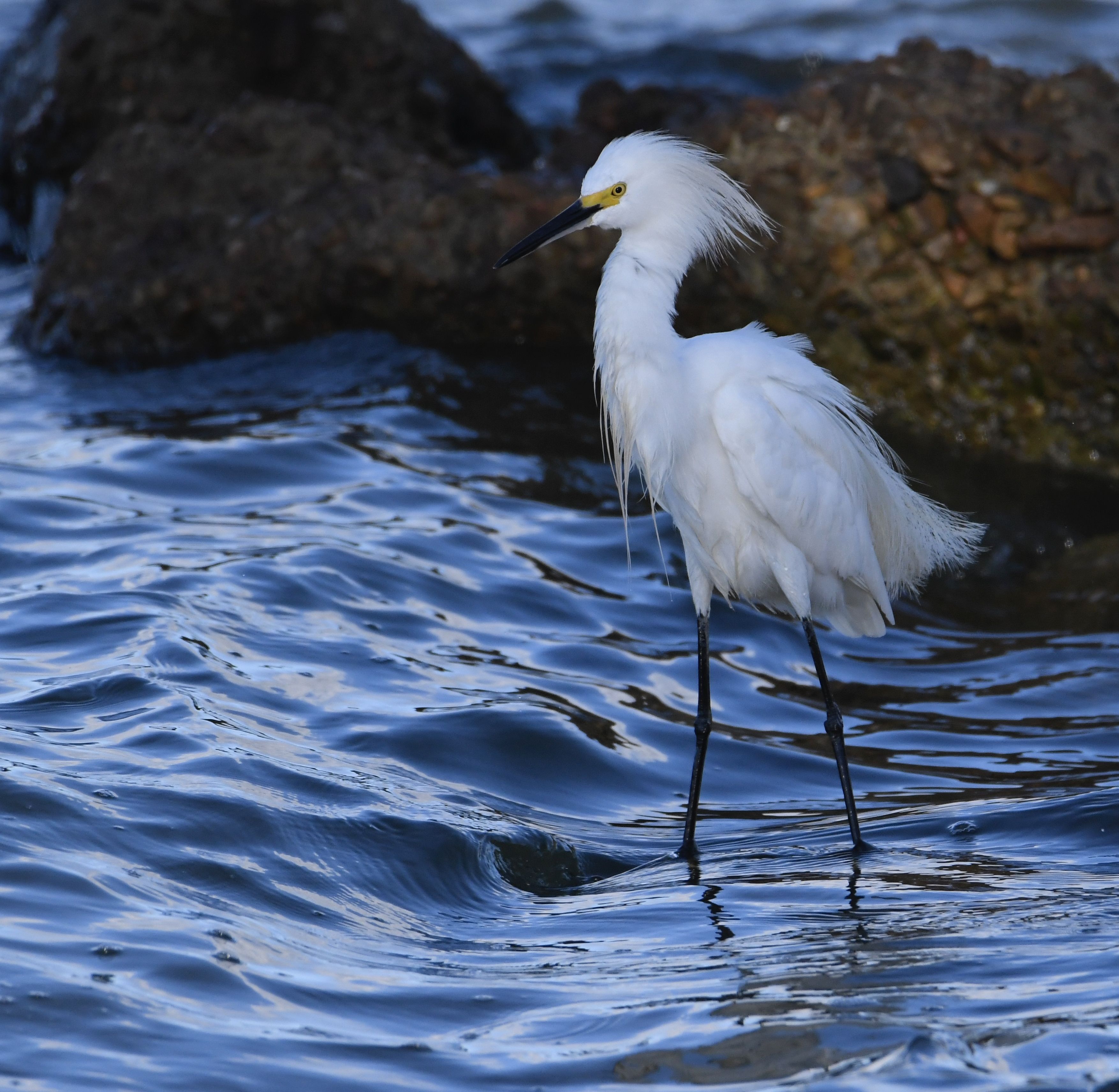 "I am extremely honored to have my Snowy Egret chosen for the People's Choice award.  I have had an interest in photography off and on for years, but, when my friend invited me to High Island earlier this year, I discovered a passion for birding and bird photography. This snowy egret caught my eye early one morning in the Baytown Nature Center and I was captivated!"