Remembering a Houston Legend, a Force for Nature

For more than half a century, Terry Hershey devoted substantial time, energy and resources in significant conservation projects throughout Texas, including the founding of Houston Audubon in 1969. Today, we pay tribute to Terry in memory of and gratitude for her leadership, dedication and passion to making Houston and the life of Houstonians better.

Houston Audubon is honored to have been a part of Terry’s life. Not only was she a founding director, but also a long-time member of the Board of Directors and Board of Advisors. 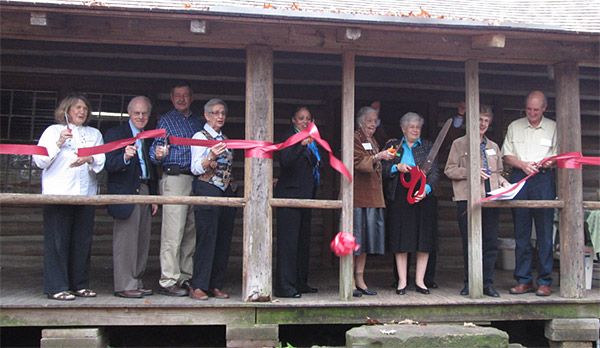 Terry consistently imparted her invaluable wisdom and consistently contributed to important projects that needed a champion, including Houston Audubon’s effort to restore the Edith L. Moore Log Cabin in 2012. The log cabin is recognized as a Texas Historic Landmark and is the focal point of Houston Audubon’s Edith L. Moore Nature Sanctuary. Restoration of the cabin was a delicate undertaking given its status and Terry recognized the need. As a result, she gave the lead gift, in honor of her late husband Jake, to make the restoration happen, and her gift came at a critical time.  This was one of Terry’s trademarks; she always came through when needed most. Today, the cabin stands strong; it continues to host education programs for thousands, providing a setting that establishes a tangible connection to history and to nature.

It was also Terry’s lead gift in 2013 that spurred hundreds to give in an unprecedented rally of support to save Deer Park Prairie, a 50-acre coastal prairie remnant representing one of the planets most imperiled ecosystems. The prairie was under imminent threat of development but because of Terry’s leadership and courage, over $4 million was raised in a very short period of time to purchase and place under permanent conservation protection the largest remaining high quality prairie remnant known in Harris County. Today, the grassland birds, shorebirds, wading birds and an array of associated insects, amphibians, reptiles and mammals that have been found there can now continue to rely on this critical rare habitat.

With every turn, there is a moving story about Terry. And as we honor this amazing woman, the tangible achievements she’s made for parks, people and the environment are entrenched in history leaving an indelible mark on the conservation landscape she helped shape. Terry was a true force for nature and catalyst of action. Her example will live on for generations through the many she touched and the many more to be touched by her story.

See the story of her conservation legacy in the Audubon Women in Conservation video.