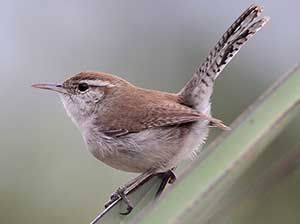 Profile by Will McDaniel: A year-round resident of forests and scrublands throughout Texas, the Bewick's Wren can be spotted hopping up and down tree trunks and along branches in its search for insects and spiders, even hanging upside down in order to find its next meal. The Bewick's Wren seems similar at first glance to its cousin the Carolina Wren (Thryothorus ludovicianus), with a brown back, grey belly, and dramatic white “eyebrow” combined with a downward-curving, almost frowning beak. However, a flash of the black bars and white corners on its longer, constantly flicking tail, along with the darker color of its back, makes this bird’s identity clear.

Cryptic and shy, this small 5.5 inch bird is heard more often than seen, preferring to remain sheltered in a thicket of trees. Highly vocal, like many wrens, the Bewick's Wren is known for its complex and melodious song, as well as how varied its song is between regions and even between individuals. Males sing to defend their territory from rivals and attract mates, developing their own unique melodies by listening to and “remixing” the songs of neighboring males. A single male Bewick's Wren may develop as many as 22 different song variations in their auditory arms-race!

During breeding, the male and female work together to build a nest in a crevice or cavity within 30 feet of the ground, the construction of which often includes novelties such as spider egg cases and snakeskin. Bewick's Wrens will readily use nest boxes, but they compete heavily with House Wrens, House Sparrows, and European Starlings for real estate. This competition, together with the use of agricultural pesticides, has contributed to the decline of Bewick's Wren populations over the past century, especially east of the Mississippi River, where they have disappeared almost entirely. House Wrens in particular are known to destroy Bewick's Wren nests, and have increased in range and population as a result of human activities. 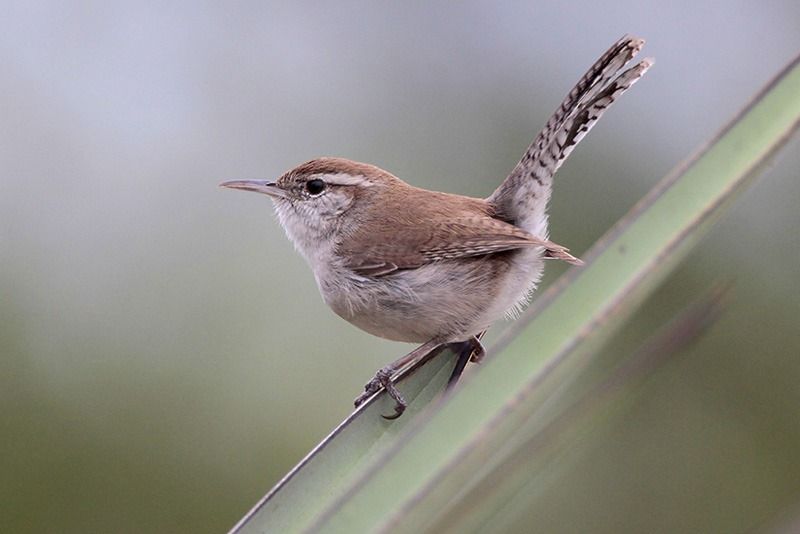 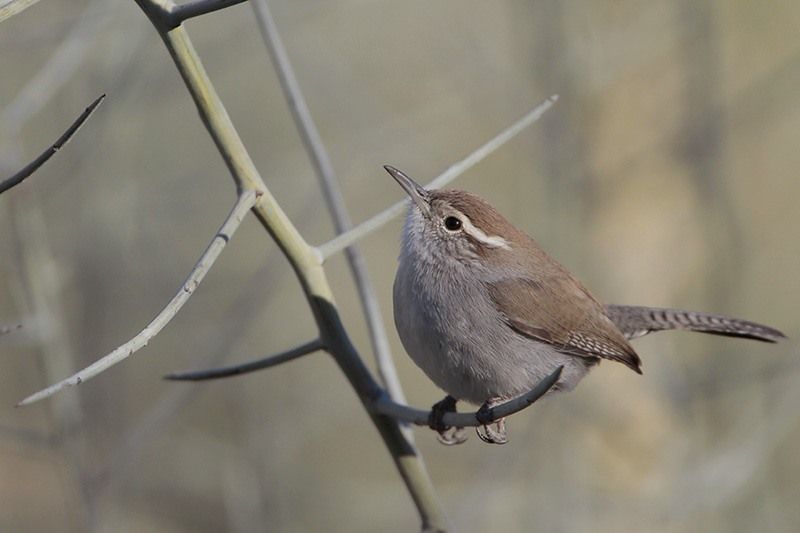 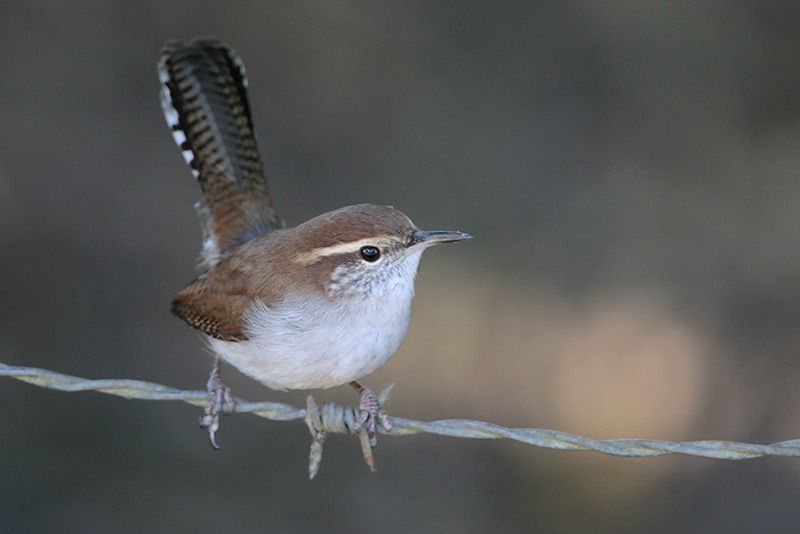